Why It Matters: Rational Expressions and Equations

Why Study Rational Expressions and Equations?

If you were around in [latex]2011[/latex], you probably heard about Occupy Wall Street (OWS), the protest against social and economic inequality in the US. According to Wikipedia, the main issues raised by OWS were social and economic inequality, greed, corruption, and the perceived undue influence of corporations on government—particularly from the financial services sector. The OWS slogan, “We are the [latex]99\%[/latex]“, refers to income inequality and wealth distribution in the U.S. between the wealthiest [latex]1\%[/latex] and the rest of the population. To achieve their goals, protesters acted on consensus-based decisions made in general assemblies which emphasized direct action over petitioning authorities for redress. 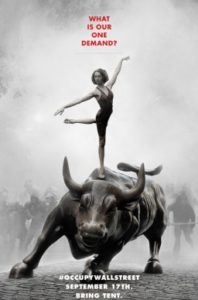 Economists are also interested in how wealth is distributed in economies. The Lorenz curve is a mathematical representation of the distribution of income or of wealth. Max O. Lorenz developed it in [latex]1905[/latex] to represent inequality of the wealth distribution.

The curve is a graph showing the proportion of overall income or wealth assumed by the bottom [latex]x\%[/latex] of the people. It is often used to represent income distribution, where it shows for the bottom [latex]x\%[/latex] of households, what percentage (y%) of the total income they have. The percentage of households is plotted on the [latex]x[/latex]-axis, the percentage of income is on the [latex]y[/latex]-axis. It can also be used to show distribution of assets. In such use, many economists consider it to be a measure of social inequality. 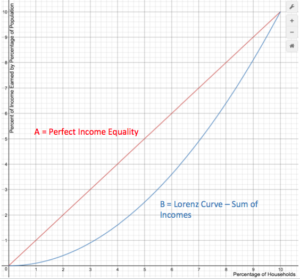 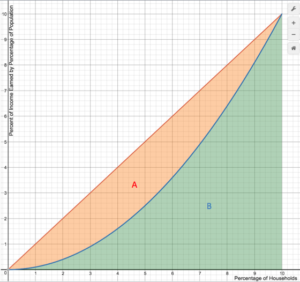 A graph showing the regions which make up the Gini coefficient. 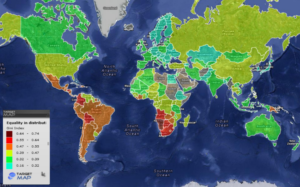