Why It Matters: Systems of Equations and Inequalities

Why Learn About Systems of Equations and Inequalities? 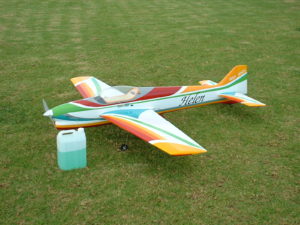 An Alliance 2×2 Pattern RC Plane ready for take off.

Joan’s dad loves to build and fly model RC airplanes. One hot Saturday afternoon, Joan goes with him to fly his favorite plane. She packs them a picnic lunch and they hit the road for their favorite spot.  On the way there, Joan’s dad expresses his concern that there may be a lot of turbulence because of the hot weather and the location of the field where they will fly the plane.

Joan was surprised by what her dad said. She thought turbulence only happened at high altitudes – like when you were flying in an airplane. Later, after she and her dad got home from flying his RC plane, Joan decided to Google turbulence. She was surprised to find that turbulence can happen on scales as small as gas or water passing through pipes.

She also learned that despite its occurrence in most fluid flows, such as wind, rivers, oceans, and fluids moving through pipes, scientists and mathematicians have yet to find a reliable way to model or describe its behavior with mathematics or physics. Joan was shocked; she thought math and science had answers for everything! She read further and found that the mathematical equations that are typically used to model fluid flows have not yet been proven to have solutions that always exist. Joan further found that the equations are called the Navier-Stokes equations after Claude-Louis Navier and George Gabriel Stokes. The Navier-Stokes equations are a system of three equations that contain many variables used to describe features of the fluid including temperature, speed, and density.

Joan found that physicists and mathematicians use the Navier–Stokes equations to model the weather, ocean currents, flow of water through a pipe, and air flow around a wing. Engineers and scientists use them to design aircraft and cars, study blood flow, design power stations, and even understand how pollution spreads.

The following week, in her algebra class, Joan learned about systems of linear equations and how to graph them and find solutions for them. Even though her classmates were surprised to find that some systems do not have solutions, Joan already knew about a famous system of equations that does not have any known solutions.

Her teacher was very impressed when she shared what she had learned by spending an afternoon with her father flying RC airplanes.