Mass communication doesn’t exist for a single purpose. With its evolution, more and more uses have developed and the role it plays in our lives has increased greatly. Wright characterizes seven functions of mass communication that offer insight into its role in our lives. 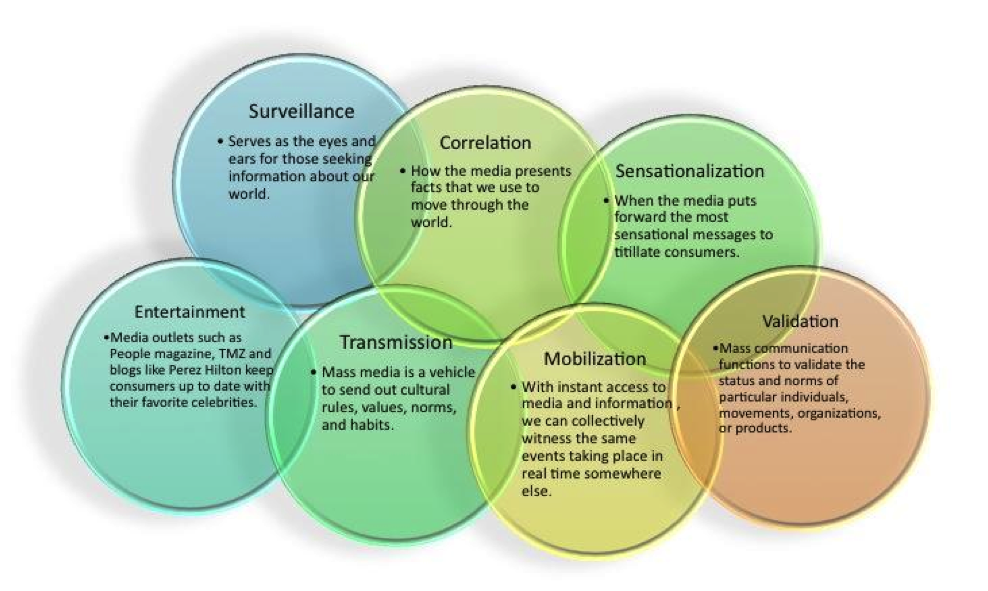