The practice of literary theory became a profession in the 20th century, but it has historical roots as far back as ancient Greece (Aristotle’s Poetics is an often cited early example), ancient India (Bharata Muni’s Natya Shastra), ancient Rome (Longinus’s On the Sublime) and medieval Iraq (Al-Jahiz’s al-Bayan wa-‘l-tabyinand al-Hayawan, and ibn al-Mu’tazz’s Kitab al-Badi). The aesthetic theories of philosophers from ancient philosophy through the 18th and 19th centuries are important influences on current literary study. The theory and criticism of literature are, of course, also closely tied to the history of literature. 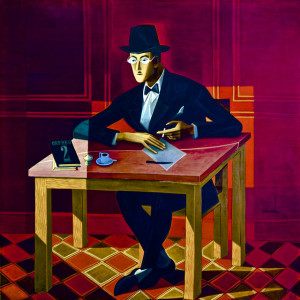 The modern sense of “literary theory,” however, dates only to approximately the 1950s, when the structuralist linguistics of Ferdinand de Saussure began strongly to influence English language literary criticism. The New Critics and various European-influenced formalists (particularly the Russian Formalists) had described some of their more abstract efforts as “theoretical” as well. But it was not until the broad impact of structuralism began to be felt in the English-speaking academic world that “literary theory” was thought of as a unified domain.

In the academic world of the United Kingdom and the United States, literary theory was at its most popular from the late 1960s (when its influence was beginning to spread outward from elite universities like Johns Hopkins, Yale, and Cornell) through the 1980s (by which time it was taught nearly everywhere in some form).

By the early 1990s, the popularity of “theory” as a subject of interest by itself was declining slightly even as the texts of literary theory were incorporated into the study of almost all literature.

One of the fundamental questions of literary theory is “what is literature?” – although many contemporary theorists and literary scholars believe either that “literature” cannot be defined or that it can refer to any use of language. Specific theories are distinguished not only by their methods and conclusions, but even by how they define a “text.”

There are many types of literary theory, which take different approaches to texts. Even among those listed below, combine methods from more than one of these approaches (for instance, the deconstructive approach of Paul de Man drew on a long tradition of close reading pioneered by the New Critics, and de Man was trained in the European hermeneutic tradition).

Listed below are some of the most commonly identified schools of literary theory, along with their major authors. In many cases, such as those of the historian and philosopher Michel Foucault and the anthropologist Claude Lévi-Strauss, the authors were not primarily literary critics, but their work has been broadly influential in literary theory.