generally depend on the following four assumptions:

Diagnostic plots can be used to check each of these assumptions. We will consider the model from the Mario Kart auction data, and check whether there are any notable concerns: 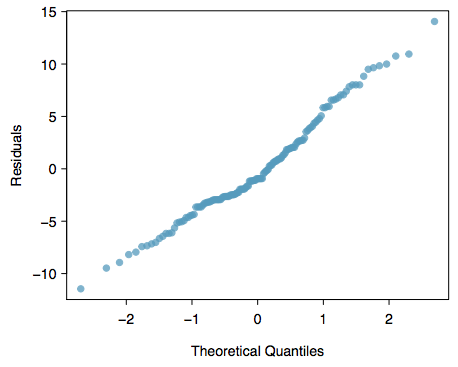 Figure 1. A normal probability plot of the residuals is helpful in identifying observations that might be outliers.

This plot is helpful to check the condition that the variance of the residuals is approximately constant. We don’t see any obvious deviations from constant variance in this example. 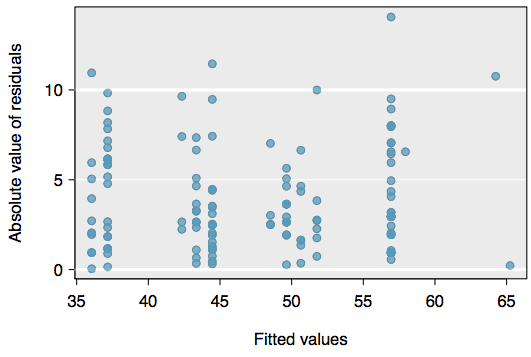 Figure 2. Comparing the absolute value of the residuals against the fitted values [latex]\left(\displaystyle\hat{y}_i\right)[/latex] is helpful in identifying deviations from the constant variance assumption.

Residuals in order of their data collection. A plot of the residuals in the order their corresponding auctions were observed is shown in Figure 3. Such a plot is helpful in identifying any connection between cases that are close to one another, e.g. we could look for declining prices over time or if there was a time of the day when auctions tended to fetch a higher price. Here we see no structure that indicates a problem.[1] 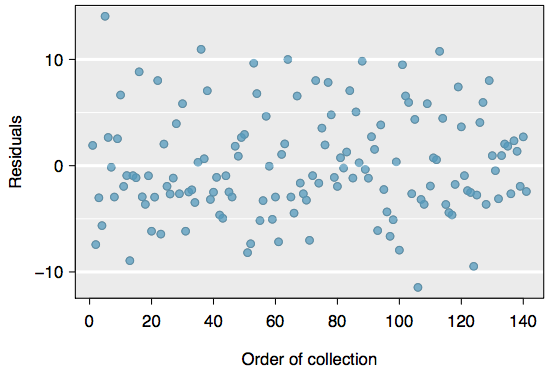 Figure 3. Plotting residuals in the order that their corresponding observations were collected helps identify connections between successive observations. If it seems that consecutive observations tend to be close to each other, this indicates the independence assumption of the observations would fail. 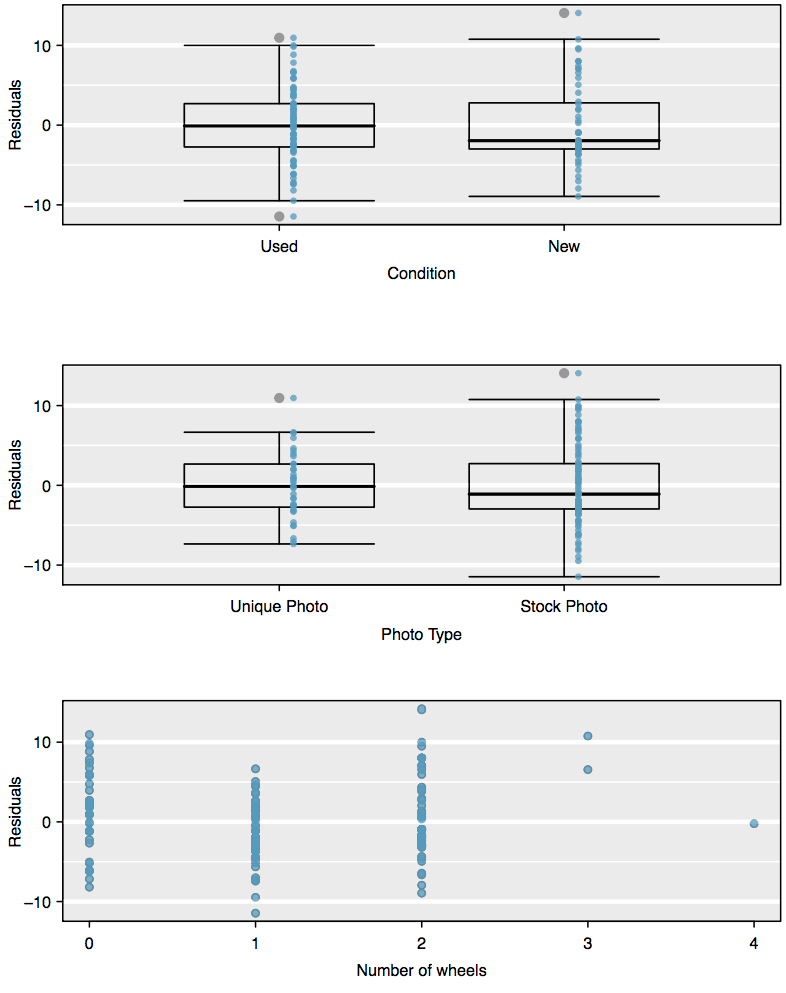 Figure 4. For the condition and stock photo variables, we check for differences in the distribution shape or variability of the residuals. In the case of the stock photos variable, we see a little less variability in the unique photo group than the stock photo group. For numerical predictors, we also check for trends or other structure. We see some slight bowing in the residuals against the wheels variable in the bottom plot.

It is necessary to summarize diagnostics for any model fit. If the diagnostics support the model assumptions, this would improve credibility in the findings. If the diagnostic assessment shows remaining underlying structure in the residuals, we should try to adjust the model to account for that structure. If we are unable to do so, we may still report the model but must also note its shortcomings. In the case of the auction data, we report that there appears to be non-constant variance in the stock photo variable and that there may be a nonlinear relationship between the total price and the number of wheels included for an auction. This information would be important to buyers and sellers who may review the analysis, and omitting this information could be a setback to the very people who the model might assist.

“All models are wrong, but some are useful”

The truth is that no model is perfect. However, even imperfect models can be useful. Reporting a ﬂawed model can be reasonable so long as we are clear and report the model’s shortcomings.

While there is a little leeway in model assumptions, don’t go too far. If model assumptions are very clearly violated, consider a new model, even if it means learning more statistical methods or hiring someone who can help.

Confidence intervals for coefficients in multiple regression can be computed using the same formula as in the single predictor model:

where t*df is the appropriate t-value corresponding to the confidence level and model degrees of freedom, df = n − k − 1.