Putting It Together: Motivating Success

Almost every successful person begins with two beliefs: the future can be better than the present, and I have the power to make it so. –David Brooks, columnist and political commentator

If the prospect of committing to the path of higher education still feels daunting, you might find inspiration in thinking about the many potential gains you can experience. Talk with friends, family members, and others who have been to college and to people who have succeeded—in whatever ways they define success. Listen for clues about what they feel worked and what didn’t and what they would change. Do you hear threads of topics broached so far in this course? 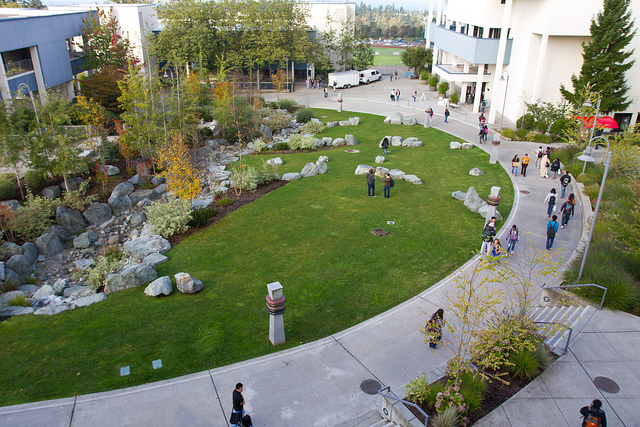 College success is an attainable goal, so be encouraged that you are on a path of great potential. Below is the success story of a college graduate. Might your story be similar to this one someday?

I have earned both a bachelor’s and a master’s degree and I have nearly twenty years of teaching experience. Would you ever guess that I contemplated not going to college at all? I originally thought about going to beauty school and becoming a cosmetologist. It was to me, honestly the easy way out since I was sick of all the drama after high school. The thought of college seemed overwhelming. Why did I really need to have a college degree when all I ever wanted was to get married and be a stay-at-home mom? My friends weren’t going to college either, so I often wondered if going would complicate our friendship.

I decided to go anyway, and it did separate us a bit. While I was writing a ten-page paper for my summer class in Genetics and Heredity, my friends were swimming in my pool. They also had the chance to buy new cars and new clothes and to go on vacations. I just went to school, driving my used Nissan Sentra, without much more than gas money and a few extra bucks. Again, why was I doing this? It would have been easier to just do what my friends were doing.

Little by little, semesters went by and I graduated with my bachelor’s degree in Education. I started substitute teaching immediately and within six months I was offered a full-time job. Just like that, I had more money and all kinds of new opportunities and I could now consider a new car or going on vacation just like my friends. At that point, I decided to continue my education and get my master’s degree. Yes, it was a lot of hard work again, and yes, my friends wondered why I wanted to go back again, but I knew then that this was the best choice for me. The challenge wasn’t knowing where I wanted my career to go, but rather overcoming the pull to settle into a lifestyle or career because it was easy, not because it was what I wanted.

By the time I graduated with my master’s degree I realized that something was different. For all the years that I felt behind or unable to keep up with what my friends had, I was suddenly leaps and bounds ahead of them career-wise. I now had two degrees, a full-time teaching job, and a plan to keep my career moving forward. I was able to do all of the things that they had done all those years and more. None of them had careers, just jobs. None of them had long-term plans. None of them were as satisfied with their choices any longer and a few of them even mentioned that they were jealous of my opportunity to attend college.

Don’t be fooled. Being a college student is a lot of work and, like me, most students have questioned what they are doing and why they are doing it. However, the rewards certainly outweigh all of the obstacles. I used to hear, “Attending college will make you a well-rounded person” or “It sets you apart from those that do not attend,” yet it never felt true at the time. Eventually though, you will come to a point where you realize those quotes are true and you will be on your way to earning that degree!”