Text: The Value of College 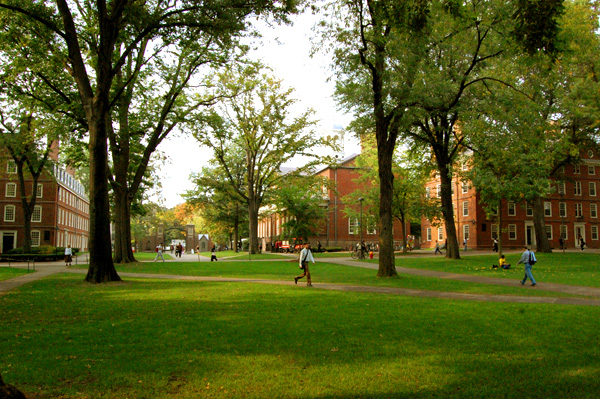 The oldest institution of higher learning in the United States is widely acknowledged to be Harvard University. It was established in 1636 with the aim of providing instruction in arts and sciences to qualify students for employment. In the 1779 Constitution of Massachusetts submitted by Samuel Adams, John Adams, and James Bowdoin to the full Massachusetts Convention, the following language was used:

Art. I.—Whereas our wise and pious ancestors, so early as the year one thousand six hundred and thirty six, laid the foundation of Harvard-College, in which University many persons of great eminence have, by the blessing of GOD, been initiated in those arts and sciences, which qualified them for public employments, both in Church and State . . .

Is “public employment” preparation still the goal of higher education institutions today? Indeed, it is certainly one of the many goals! College is also an opportunity for students to grow personally and intellectually. In fact, in a 2011 Pew Research Center survey, Americans were split on their perceptions of the main purpose of a college education:

These statistics are understandable in light of the great reach and scope of higher education institutions. Today, there are some 5,300 colleges and universities in the United States, offering every manner of education and training to students.

What do employers think about the value of a college education? What skills do employers seek in their workforce? In 2014, Hart Research Associates conducted a survey on behalf of the Association of American Colleges and Universities. The survey revealed that the majority of employers believe that having field-specific knowledge as well as a broad range of knowledge and skills is important for recent college graduates to achieve long-term career success.

Employers also said that when they hire, they place the greatest value on skills and knowledge that cut across all majors. The learning outcomes they rate as most important include written and oral communication skills, teamwork skills, ethical decision-making, critical thinking, and the ability to apply knowledge in real-world settings.[1]

Consider, too, the following statistics on employment rates and salaries for college graduates. College does make a big difference!

Perhaps most important, an overwhelming majority of college graduates—86 percent—say that college has been a good investment for them personally. (PEW)

Differences in Earnings between States

You may wish to use this Earnings and Educational Attainment (2011) interactive table to see how earnings for college graduates vs. high school–only graduates in your state compare with those in other states.

All in all, college imparts a wide and deep range of benefits. The short video Why College, below, shows that with a college degree you are more likely to