Current and Past Drivers of Global Climate Change

Since it is not possible to go back in time to directly observe and measure climate, scientists use indirect evidence to determine the drivers, or factors, that may be responsible for climate change. The indirect evidence includes data collected using ice cores, boreholes (a narrow shaft bored into the ground), tree rings, glacier lengths, pollen remains, and ocean sediments. The data shows a correlation between the timing of temperature changes and drivers of climate change: before the Industrial Era (pre-1780), there were three drivers of climate change that were not related to human activity or atmospheric gases. The first of these is the Milankovitch cycles. The Milankovitch cycles describe the effects of slight changes in the Earth’s orbit on Earth’s climate. The length of the Milankovitch cycles ranges between 19,000 and 100,000 years. In other words, one could expect to see some predictable changes in the Earth’s climate associated with changes in the Earth’s orbit at a minimum of every 19,000 years.

Finally, volcanic eruptions are a third natural driver of climate change. Volcanic eruptions can last a few days, but the solids and gases released during an eruption can influence the climate over a period of a few years, causing short-term climate changes. The gases and solids released by volcanic eruptions can include carbon dioxide, water vapor, sulfur dioxide, hydrogen sulfide, hydrogen, and carbon monoxide. Generally, volcanic eruptions cool the climate. This occurred in 1783 when volcanos in Iceland erupted and caused the release of large volumes of sulfuric oxide. This led to haze-effect cooling, a global phenomenon that occurs when dust, ash, or other suspended particles block out sunlight and trigger lower global temperatures as a result; haze-effect cooling usually extends for one or more years. In Europe and North America, haze-effect cooling produced some of the lowest average winter temperatures on record in 1783 and 1784. 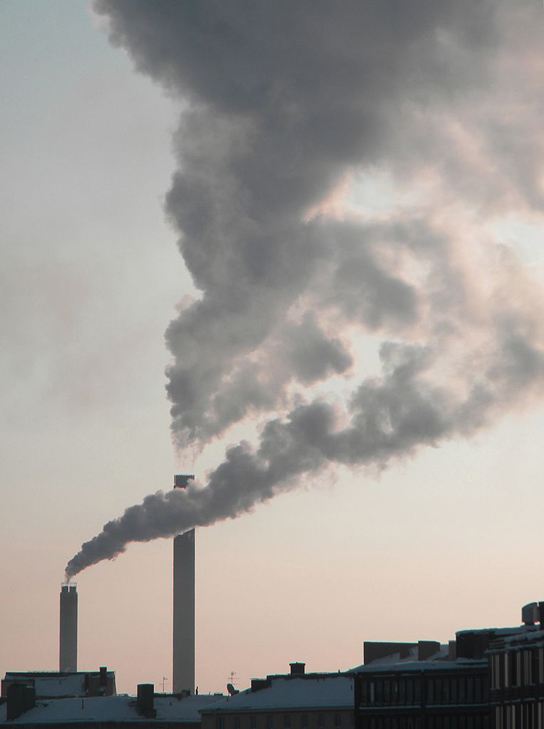 Figure 1. The burning of fossil fuels in industry and by vehicles releases carbon dioxide and other greenhouse gases into the atmosphere. (credit: “Pöllö”/Wikimedia Commons)

Deforestation, cement manufacture, animal agriculture, the clearing of land, and the burning of forests are other human activities that release carbon dioxide. Methane (CH4) is produced when bacteria break down organic matter under anaerobic conditions. Anaerobic conditions can happen when organic matter is trapped underwater (such as in rice paddies) or in the intestines of herbivores. Methane can also be released from natural gas fields and the decomposition that occurs in landfills. Another source of methane is the melting of clathrates.

Clathrates are frozen chunks of ice and methane found at the bottom of the ocean. When water warms, these chunks of ice melt and methane is released. As the ocean’s water temperature increases, the rate at which clathrates melt is increasing, releasing even more methane. This leads to increased levels of methane in the atmosphere, which further accelerates the rate of global warming. This is an example of the positive feedback loop that is leading to the rapid rate of increase of global temperatures.