Antarctic ice cores are a key example of such evidence. These ice cores are samples of polar ice obtained by means of drills that reach thousands of meters into ice sheets or high mountain glaciers. Viewing the ice cores is like traveling backwards through time; the deeper the sample, the earlier the time period. Trapped within the ice are bubbles of air and other biological evidence that can reveal temperature and carbon dioxide data. Antarctic ice cores have been collected and analyzed to indirectly estimate the temperature of the Earth over the past 400,000 years (Figure 1a). The 0 °C on this graph refers to the long-term average. Temperatures that are greater than 0 °C exceed Earth’s long-term average temperature. Conversely, temperatures that are less than 0 °C are less than Earth’s average temperature. This figure shows that there have been periodic cycles of increasing and decreasing temperature.

Figure 1. Ice at the Russian Vostok station in East Antarctica was laid down over the course 420,000 years and reached a depth of over 3,000 m. By measuring the amount of CO2 trapped in the ice, scientists have determined past atmospheric CO2 concentrations. Temperatures relative to modern day were determined from the amount of deuterium (an isotope of hydrogen) present.

Figure 1a does not show the last 2,000 years with enough detail to compare the changes of Earth’s temperature during the last 400,000 years with the temperature change that has occurred in the more recent past. Two significant temperature anomalies, or irregularities, have occurred in the last 2000 years. These are the Medieval Climate Anomaly (or the Medieval Warm Period) and the Little Ice Age. A third temperature anomaly aligns with the Industrial Era. The Medieval Climate Anomaly occurred between 900 and 1300 AD. During this time period, many climate scientists think that slightly warmer weather conditions prevailed in many parts of the world; the higher-than-average temperature changes varied between 0.10 °C and 0.20 °C above the norm. Although 0.10 °C does not seem large enough to produce any noticeable change, it did free seas of ice. Because of this warming, the Vikings were able to colonize Greenland. 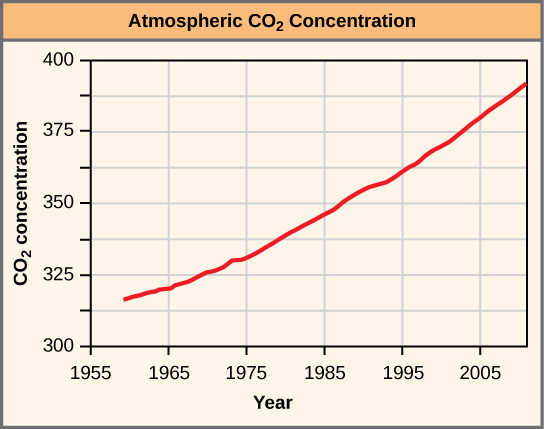 Figure 2. The atmospheric concentration of CO2 has risen steadily since the beginning of industrialization.

The Little Ice Age was a cold period that occurred between 1550 AD and 1850 AD. During this time, a slight cooling of a little less than 1 °C was observed in North America, Europe, and possibly other areas of the Earth. This 1 °C change in global temperature is a seemingly small deviation in temperature (as was observed during the Medieval Climate Anomaly); however, it also resulted in noticeable changes. Historical accounts reveal a time of exceptionally harsh winters with much snow and frost.

The Industrial Revolution, which began around 1750, was characterized by changes in much of human society. Advances in agriculture increased the food supply, which improved the standard of living for people in Europe and the United States. New technologies were invented and provided jobs and cheaper goods. These new technologies were powered using fossil fuels, especially coal. The Industrial Revolution starting in the early nineteenth century ushered in the beginning of the Industrial Era. When a fossil fuel is burned, carbon dioxide is released. With the beginning of the Industrial Era, atmospheric carbon dioxide began to rise (Figure 2).