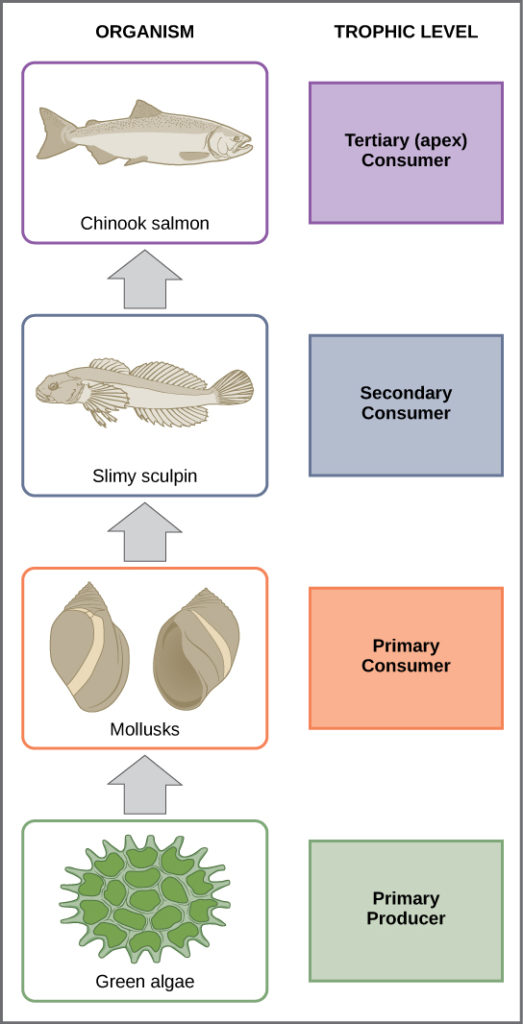 FigureFigure nbsp;1. These are the trophic levels of a food chain in Lake Ontario at the United States-Canada border. Energy and nutrients flow from photosynthetic green algae at the bottom to the top of the food chain: the Chinook salmon. 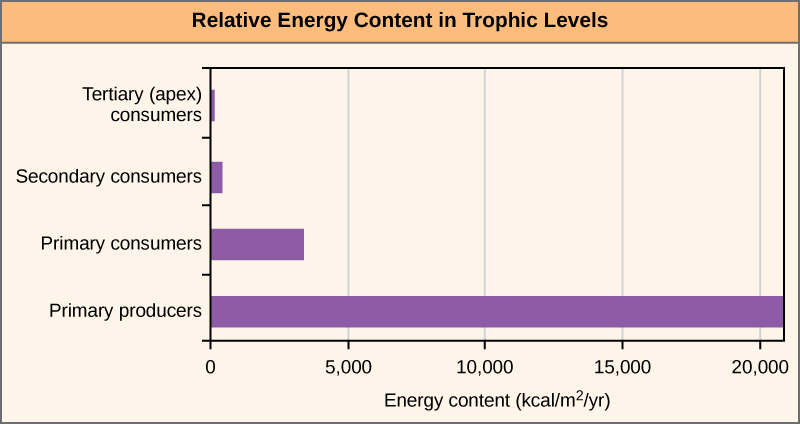