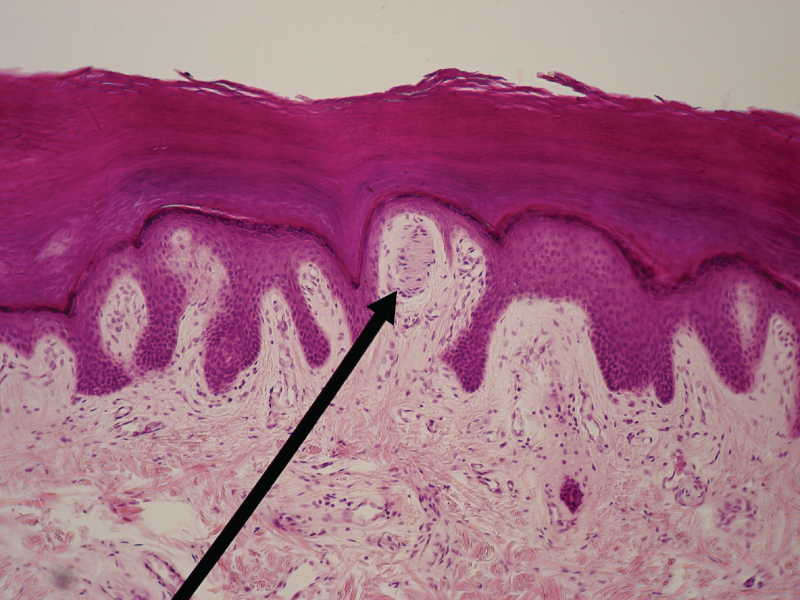 Figure 1. In this micrograph of a skin cross-section, you can see a Meissner corpuscle (arrow), a type of touch receptor located in a dermal papilla adjacent to the basement membrane and stratum basale of the overlying epidermis. LM × 100. (credit: “Wbensmith”/Wikimedia Commons)

The skin acts as a sense organ because the epidermis, dermis, and the hypodermis contain specialized sensory nerve structures that detect touch, surface temperature, and pain. These receptors are more concentrated on the tips of the fingers, which are most sensitive to touch, especially the Meissner corpuscle (tactile corpuscle) (Figure 1), which responds to light touch, and the Pacinian corpuscle (lamellated corpuscle), which responds to vibration. Merkel cells, seen scattered in the stratum basale, are also touch receptors. In addition to these specialized receptors, there are sensory nerves connected to each hair follicle, pain and temperature receptors scattered throughout the skin, and motor nerves innervate the arrector pili muscles and glands. This rich innervation helps us sense our environment and react accordingly.

The integumentary system helps regulate body temperature through its tight association with the sympathetic nervous system, the division of the nervous system involved in our fight-or-flight responses. The sympathetic nervous system is continuously monitoring body temperature and initiating appropriate motor responses. Recall that sweat glands, accessory structures to the skin, secrete water, salt, and other substances to cool the body when it becomes warm. Even when the body does not appear to be noticeably sweating, approximately 500 mL of sweat (insensible perspiration) are secreted a day. If the body becomes excessively warm due to high temperatures, vigorous activity (Figure 2), or a combination of the two, sweat glands will be stimulated by the sympathetic nervous system to produce large amounts of sweat, as much as 0.7 to 1.5 L per hour for an active person. When the sweat evaporates from the skin surface, the body is cooled as body heat is dissipated.

In addition to sweating, arterioles in the dermis dilate so that excess heat carried by the blood can dissipate through the skin and into the surrounding environment (Figure 2). This accounts for the skin redness that many people experience when exercising.

Why do people sweat excessively when exercising outside on a hot day?

Show Answer
Sweating cools the body when it becomes warm. When the body temperature rises, such as when exercising on a hot day, the dermal blood vessels dilate, and the sweat glands begin to secrete more sweat. The evaporation of the sweat from the surface of the skin cools the body by dissipating heat.

Explain your skin’s response to a drop in body core temperature.

Show Answer
When the core body temperature drops, the body switches to heat-conservation mode. This can include an inhibition to excessive sweating and a decrease of blood flow to the papillary layers of the skin. This reduction of blood flow helps conserve body heat.

Aging and the Integumentary System 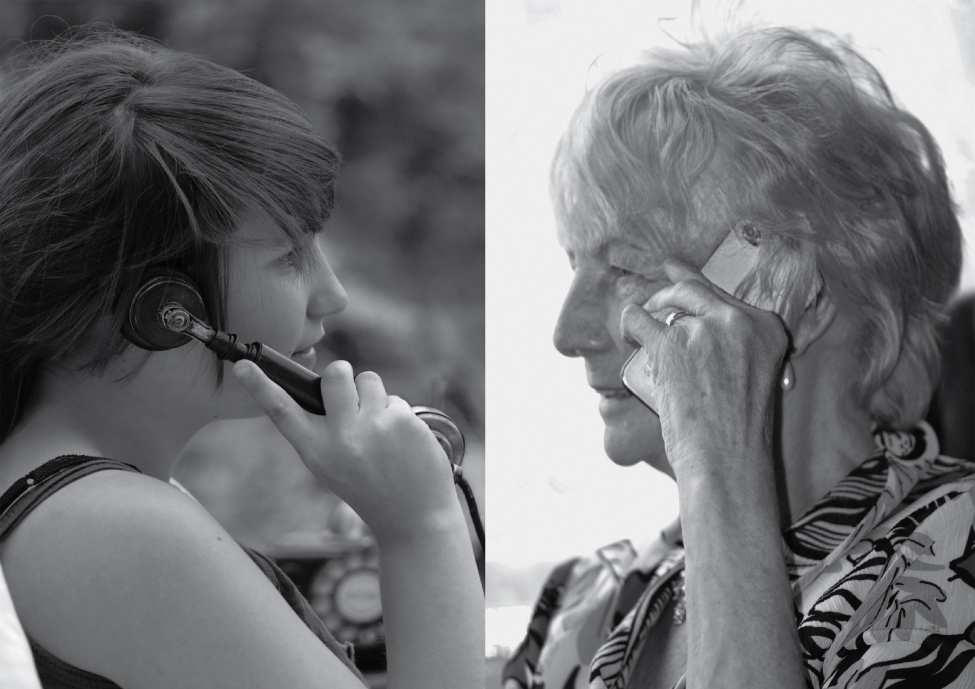 Figure 3. Generally, skin, especially on the face and hands, starts to display the first noticeable signs of aging, as it loses its elasticity over time. (credit: Janet Ramsden)

All systems in the body accumulate subtle and some not-so-subtle changes as a person ages. Among these changes are reductions in cell division, metabolic activity, blood circulation, hormonal levels, and muscle strength (Figure 3). In the skin, these changes are reflected in decreased mitosis in the stratum basale, leading to a thinner epidermis. The dermis, which is responsible for the elasticity and resilience of the skin, exhibits a reduced ability to regenerate, which leads to slower wound healing. The hypodermis, with its fat stores, loses structure due to the reduction and redistribution of fat, which in turn contributes to the thinning and sagging of skin.

In Summary: Accessory Structures of the Skin

The skin plays important roles in protection, sensing stimuli, thermoregulation, and vitamin D synthesis. It is the first layer of defense to prevent dehydration, infection, and injury to the rest of the body. Sweat glands in the skin allow the skin surface to cool when the body gets overheated. Thermoregulation is also accomplished by the dilation or constriction of heat-carrying blood vessels in the skin. Immune cells present among the skin layers patrol the areas to keep them free of foreign materials. Fat stores in the hypodermis aid in both thermoregulation and protection. Finally, the skin plays a role in the synthesis of vitamin D, which is necessary for our well-being but not easily available in natural foods.