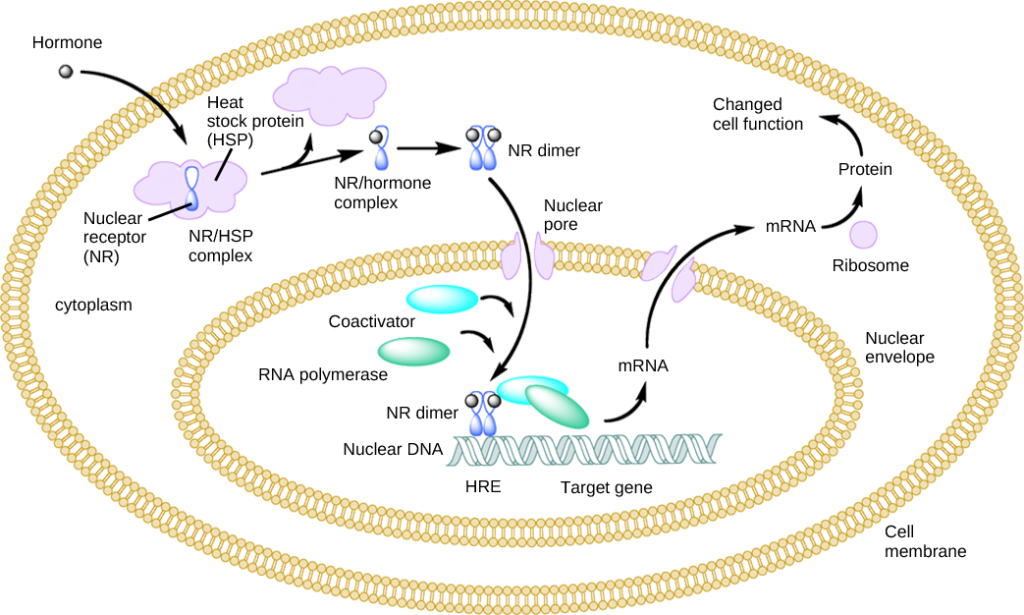 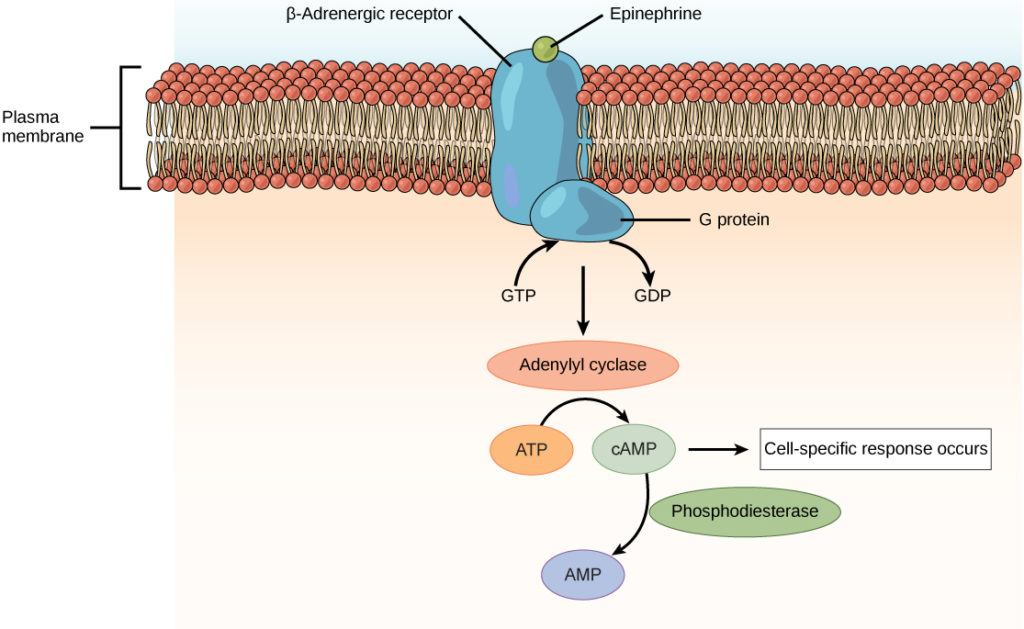 One very important second messenger is cyclic AMP (cAMP). When a hormone binds to its membrane receptor, a G-protein that is associated with the receptor is activated; the activated G-protein in turn activates a membrane-bound enzyme called adenylyl cyclase. Adenylyl cyclase catalyzes the conversion of ATP to cAMP. cAMP, in turn, activates a group of proteins called protein kinases, which transfer a phosphate group from ATP to a substrate molecule in a process called phosphorylation. The phosphorylation of a substrate molecule changes its structural orientation, thereby activating it. These activated molecules can then mediate changes in cellular processes.

In Summary: How Hormones Work

Lipid-derived (soluble) hormones can enter the cell by diffusing across the plasma membrane and binding to DNA to regulate gene transcription and to change the cell’s activities by inducing production of proteins that affect, in general, the long-term structure and function of the cell. Lipid insoluble hormones bind to receptors on the plasma membrane surface and trigger a signaling pathway to change the cell’s activities by inducing production of various cell products that affect the cell in the short-term. The hormone is called a first messenger and the cellular component is called a second messenger. G-proteins activate the second messenger (cyclic AMP), triggering the cellular response. Response to hormone binding is amplified as the signaling pathway progresses. Cellular responses to hormones include the production of proteins and enzymes and altered membrane permeability.