Overview of the Circulatory System

The circulatory system is effectively a network of cylindrical vessels: the arteries, veins, and capillaries that emanate from a pump, the heart. In all vertebrate organisms, as well as some invertebrates, this is a closed-loop system, in which the blood is not free in a cavity. In a closed circulatory system, blood is contained inside blood vessels and circulates unidirectionally from the heart around the systemic circulatory route, then returns to the heart again, as illustrated in Figure 1a. As opposed to a closed system, arthropods—including insects, crustaceans, and most mollusks—have an open circulatory system, as illustrated in Figure 1b. In an open circulatory system, the blood is not enclosed in the blood vessels but is pumped into a cavity called a hemocoel and is called hemolymph because the blood mixes with the interstitial fluid. As the heart beats and the animal moves, the hemolymph circulates around the organs within the body cavity and then reenters the hearts through openings called ostia. This movement allows for gas and nutrient exchange. An open circulatory system does not use as much energy as a closed system to operate or to maintain; however, there is a trade-off with the amount of blood that can be moved to metabolically active organs and tissues that require high levels of oxygen. In fact, one reason that insects with wing spans of up to two feet wide (70 cm) are not around today is probably because they were outcompeted by the arrival of birds 150 million years ago. Birds, having a closed circulatory system, are thought to have moved more agilely, allowing them to get food faster and possibly to prey on the insects. 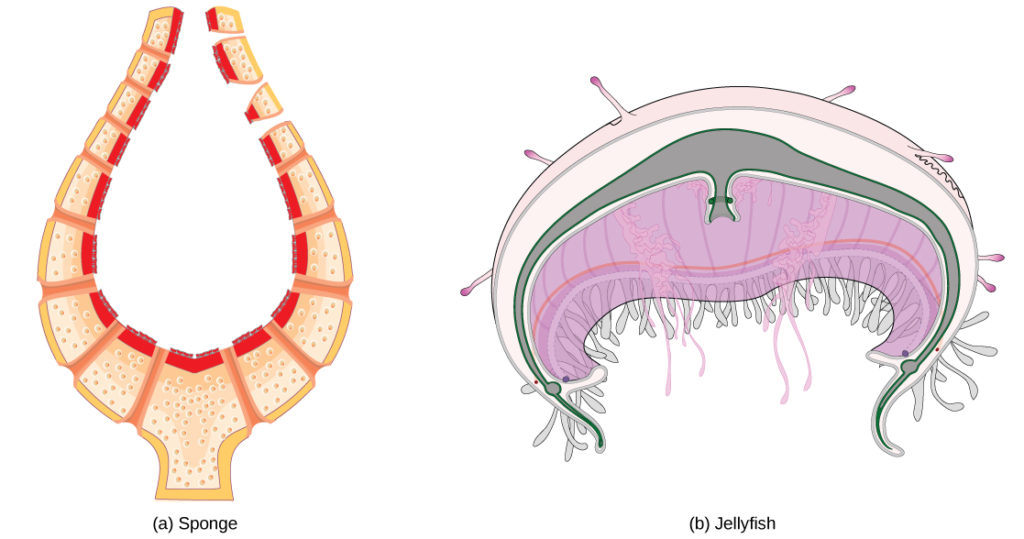 As illustrated in Figure 3a Fish have a single circuit for blood flow and a two-chambered heart that has only a single atrium and a single ventricle. The atrium collects blood that has returned from the body and the ventricle pumps the blood to the gills where gas exchange occurs and the blood is re-oxygenated; this is called gill circulation. The blood then continues through the rest of the body before arriving back at the atrium; this is called systemic circulation. This unidirectional flow of blood produces a gradient of oxygenated to deoxygenated blood around the fish’s systemic circuit. The result is a limit in the amount of oxygen that can reach some of the organs and tissues of the body, reducing the overall metabolic capacity of fish. 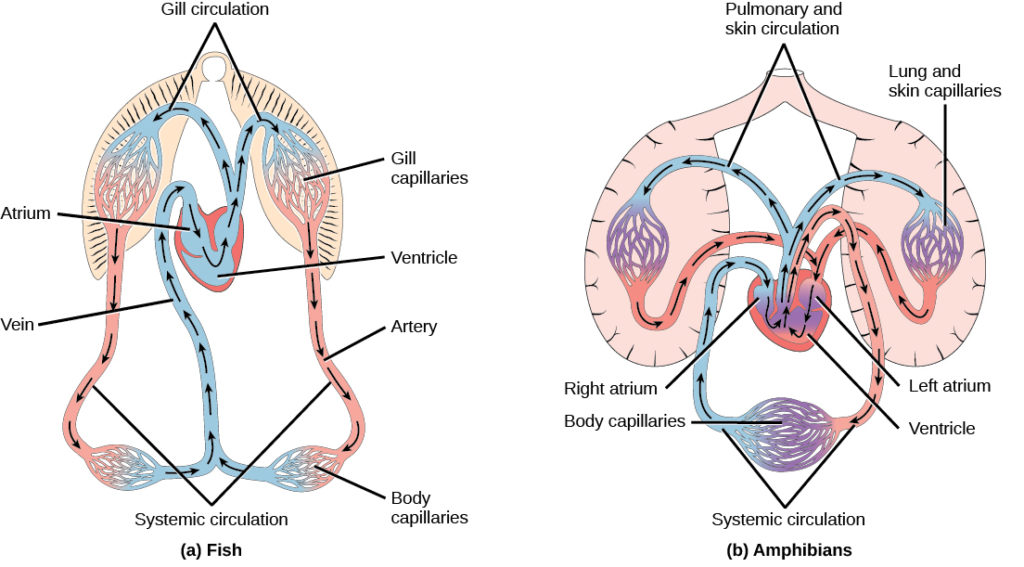 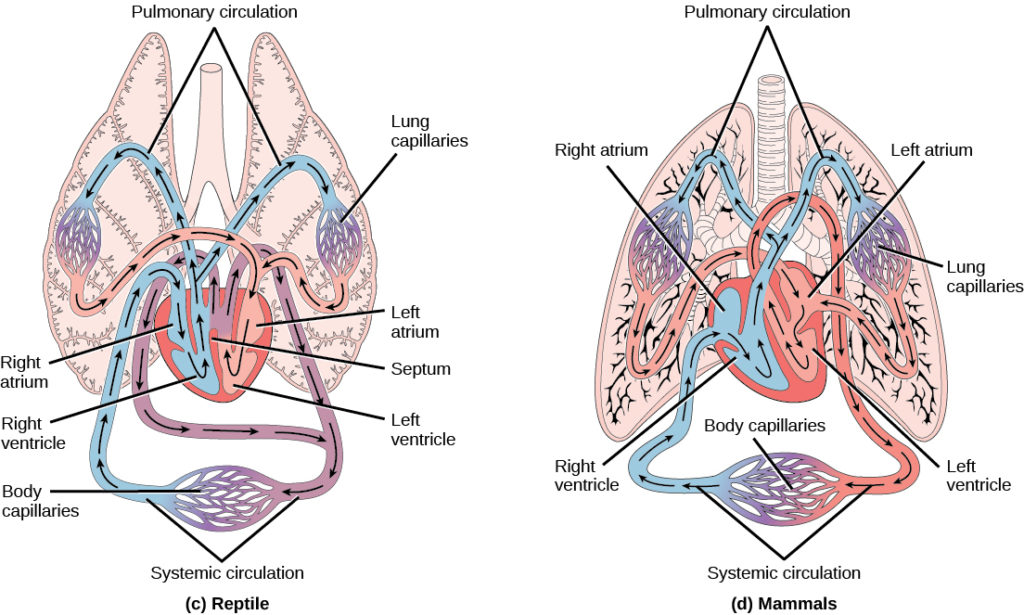 In Summary: Overview of the Circulatory System