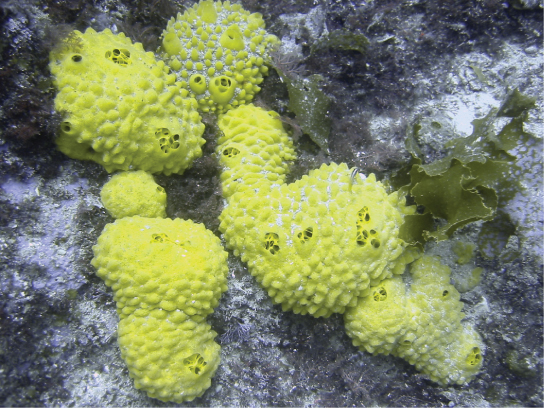 Figure 1. Sponges are members of the Phylum Porifera, which contains the simplest invertebrates. (credit: Andrew Turner)

The invertebrates, or invertebrata, are animals that do not contain bony structures, such as the cranium and vertebrae. The simplest of all the invertebrates are the Parazoans, which include only the phylum Porifera: the sponges (Figure 1).

Parazoans (“beside animals”) do not display tissue-level organization, although they do have specialized cells that perform specific functions. Sponge larvae are able to swim; however, adults are non-motile and spend their life attached to a substratum.

Watch this video to see the movement of water through the sponge body. Note that there isn’t any narration in the video.

The second crucial cells in sponges are called amoebocytes (or archaeocytes), named for the fact that they move throughout the mesohyl in an amoeba-like fashion. Amoebocytes have a variety of functions: delivering nutrients from choanocytes to other cells within the sponge, giving rise to eggs for sexual reproduction (which remain in the mesohyl), delivering phagocytized sperm from choanocytes to eggs, and differentiating into more-specific cell types. Some of these more-specific cell types include collencytes and lophocytes, which produce the collagen-like protein to maintain the mesohyl, sclerocytes, which produce spicules in some sponges, and spongocytes, which produce the protein spongin in the majority of sponges. These cells produce collagen to maintain the consistency of the mesohyl. The different cell types in sponges are shown in Figure 2. 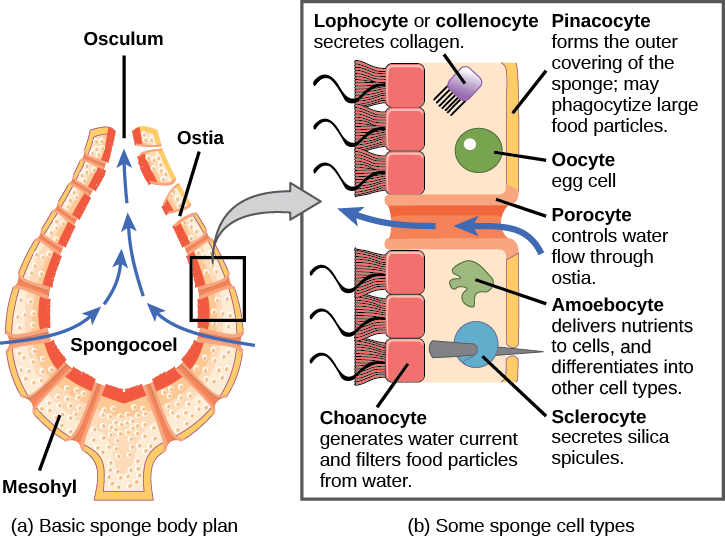 Figure 2. The sponge’s (a) basic body plan and (b) some of the specialized cell types found in sponges are shown.

Sponges, despite being simple organisms, regulate their different physiological processes through a variety of mechanisms. These processes regulate their metabolism, reproduction, and locomotion.

Sponges reproduce by sexual as well as asexual methods. The typical means of asexual reproduction is either fragmentation (where a piece of the sponge breaks off, settles on a new substrate, and develops into a new individual) or budding (a genetically identical outgrowth grows from the parent and eventually detaches or remains attached to form a colony). An atypical type of asexual reproduction is found only in freshwater sponges and occurs through the formation of gemmules. Gemmules are environmentally resistant structures produced by adult sponges wherein the typical sponge morphology is inverted. In gemmules, an inner layer of amoebocytes is surrounded by a layer of collagen (spongin) that may be reinforced by spicules. The collagen that is normally found in the mesohyl becomes the outer protective layer. In freshwater sponges, gemmules may survive hostile environmental conditions like changes in temperature and serve to recolonize the habitat once environmental conditions stabilize. Gemmules are capable of attaching to a substratum and generating a new sponge. Since gemmules can withstand harsh environments, are resistant to desiccation, and remain dormant for long periods, they are an excellent means of colonization for a sessile organism.

Sexual reproduction in sponges occurs when gametes are generated. Sponges are monoecious (hermaphroditic), which means that one individual can produce both gametes (eggs and sperm) simultaneously. In some sponges, production of gametes may occur throughout the year, whereas other sponges may show sexual cycles depending upon water temperature. Sponges may also become sequentially hermaphroditic, producing oocytes first and spermatozoa later. Oocytes arise by the differentiation of amoebocytes and are retained within the spongocoel, whereas spermatozoa result from the differentiation of choanocytes and are ejected via the osculum. Ejection of spermatozoa may be a timed and coordinated event, as seen in certain species. Spermatozoa carried along by water currents can fertilize the oocytes borne in the mesohyl of other sponges. Early larval development occurs within the sponge, and free-swimming larvae are then released via the osculum.

Sponges are generally sessile as adults and spend their lives attached to a fixed substratum. They do not show movement over large distances like other free-swimming marine invertebrates. However, sponge cells are capable of creeping along substrata via organizational plasticity. Under experimental conditions, researchers have shown that sponge cells spread on a physical support demonstrate a leading edge for directed movement. It has been speculated that this localized creeping movement may help sponges adjust to microenvironments near the point of attachment. It must be noted, however, that this pattern of movement has been documented in laboratories, but it remains to be observed in natural sponge habitats.

Watch this BBC video showing the array of sponges seen along the Cayman Wall during a submersible dive.