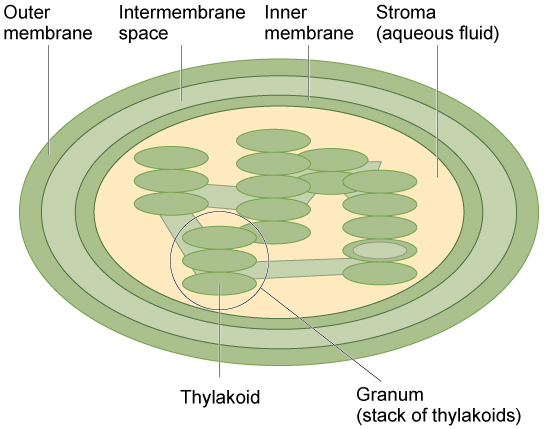 Like the mitochondria, chloroplasts have their own DNA and ribosomes (we’ll talk about these later!), but chloroplasts have an entirely different function.Chloroplasts are plant cell organelles that carry out photosynthesis. Photosynthesis is the series of reactions that use carbon dioxide, water, and light energy to make glucose and oxygen. This is a major difference between plants and animals; plants (autotrophs) are able to make their own food, like sugars, while animals (heterotrophs) must ingest their food.

Vacuoles are membrane-bound sacs that function in storage and transport. The membrane of a vacuole does not fuse with the membranes of other cellular components. Additionally, some agents such as enzymes within plant vacuoles break down macromolecules.

The central vacuole also supports the expansion of the cell. When the central vacuole holds more water, the cell gets larger without having to invest a lot of energy in synthesizing new cytoplasm. You can rescue wilted celery in your refrigerator using this process. Simply cut the end off the stalks and place them in a cup of water. Soon the celery will be stiff and crunchy again.

Figure 2. These figures show the major organelles and other cell components of (a) a typical animal cell and (b) a typical eukaryotic plant cell. The plant cell has a cell wall, chloroplasts, plastids, and a central vacuole—structures not found in animal cells. Plant cells do not have lysosomes or centrosomes.