Endocytosis is a type of active transport that moves particles, such as large molecules, parts of cells, and even whole cells, into a cell. There are different variations of endocytosis, but all share a common characteristic: The plasma membrane of the cell invaginates, forming a pocket around the target particle. The pocket pinches off, resulting in the particle being contained in a newly created intracellular vesicle formed from the plasma membrane. 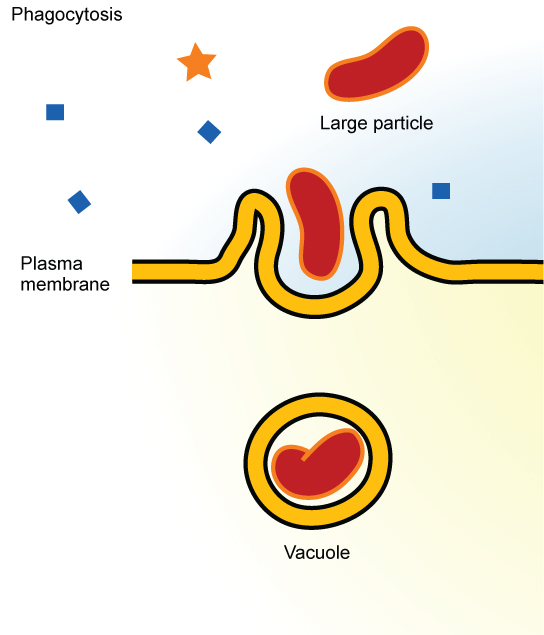 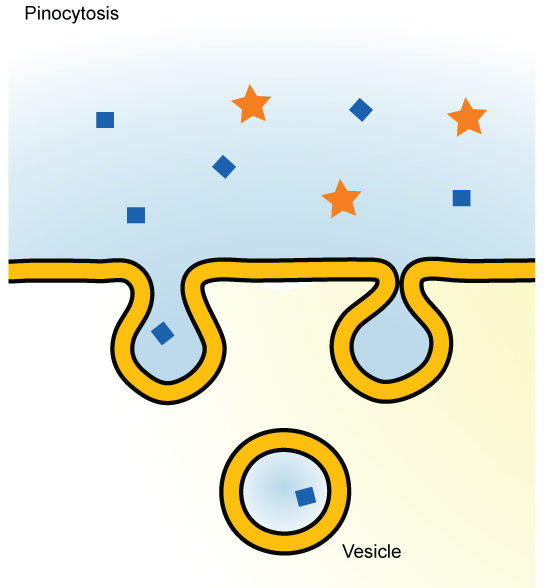 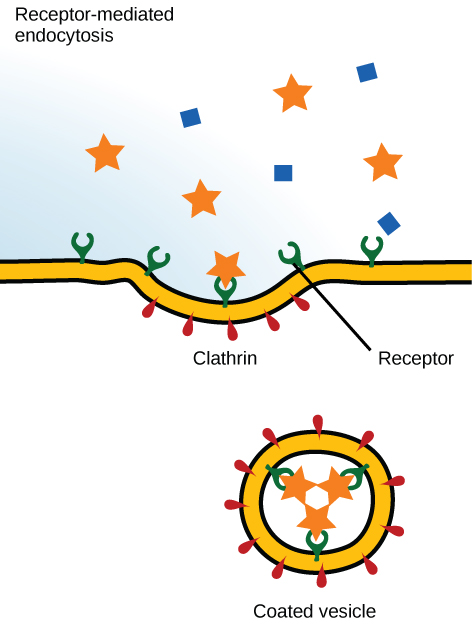 See receptor-mediated endocytosis in action, and click on different parts for a focused animation.

Cells perform three main types of endocytosis. Phagocytosis is the process by which cells ingest large particles, including other cells, by enclosing the particles in an extension of the cell membrane and budding off a new vacuole. During pinocytosis, cells take in molecules such as water from the extracellular fluid. Finally, receptor-mediated endocytosis is a targeted version of endocytosis where receptor proteins in the plasma membrane ensure only specific, targeted substances are brought into the cell.