Do you ever wonder why scientists spend time looking for water on other planets? It is because water is essential to life; even minute traces of it on another planet can indicate that life could or did exist on that planet. Water is one of the more abundant molecules in living cells and the one most critical to life as we know it. Approximately 70 percent of your body is made up of water. Without it, life simply would not exist. 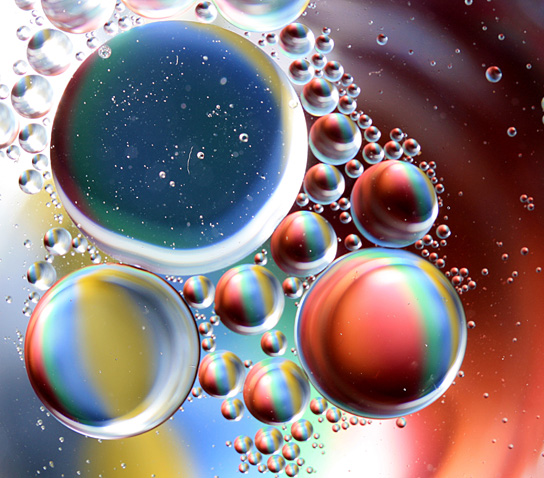 Figure 1. As this macroscopic image of oil and water show, oil is a nonpolar compound and, hence, will not dissolve in water. Oil and water do not mix. (credit: Gautam Dogra)

The hydrogen and oxygen atoms within water molecules form polar covalent bonds. The shared electrons spend more time associated with the oxygen atom than they do with hydrogen atoms. There is no overall charge to a water molecule, but there is a slight positive charge on each hydrogen atom and a slight negative charge on the oxygen atom. Because of these charges, the slightly positive hydrogen atoms repel each other and form the unique shape seen in Figure 1. Each water molecule attracts other water molecules because of the positive and negative charges in the different parts of the molecule. Water also attracts other polar molecules (such as sugars), forming hydrogen bonds. When a substance readily forms hydrogen bonds with water, it can dissolve in water and is referred to as hydrophilic (“water-loving”). Hydrogen bonds are not readily formed with nonpolar substances like oils and fats (Figure 1). These nonpolar compounds are hydrophobic (“water-fearing”) and will not dissolve in water.

Conversely, as molecular motion decreases and temperatures drop, less energy is present to break the hydrogen bonds between water molecules. These bonds remain intact and begin to form a rigid, lattice-like structure (e.g., ice) (Figure 2a). When frozen, ice is less dense than liquid water (the molecules are farther apart). This means that ice floats on the surface of a body of water (Figure 2b). In lakes, ponds, and oceans, ice will form on the surface of the water, creating an insulating barrier to protect the animal and plant life beneath from freezing in the water. If this did not happen, plants and animals living in water would freeze in a block of ice and could not move freely, making life in cold temperatures difficult or impossible.

Because water is polar, with slight positive and negative charges, ionic compounds and polar molecules can readily dissolve in it. Water is, therefore, what is referred to as a solvent—a substance capable of dissolving another substance. The charged particles will form hydrogen bonds with a surrounding layer of water molecules. This is referred to as a sphere of hydration and serves to keep the particles separated or dispersed in the water. In the case of table salt (NaCl) mixed in water (Figure 3), the sodium and chloride ions separate, or dissociate, in the water, and spheres of hydration are formed around the ions. A positively charged sodium ion is surrounded by the partially negative charges of oxygen atoms in water molecules. A negatively charged chloride ion is surrounded by the partially positive charges of hydrogen atoms in water molecules. These spheres of hydration are also referred to as hydration shells. The polarity of the water molecule makes it an effective solvent and is important in its many roles in living systems. 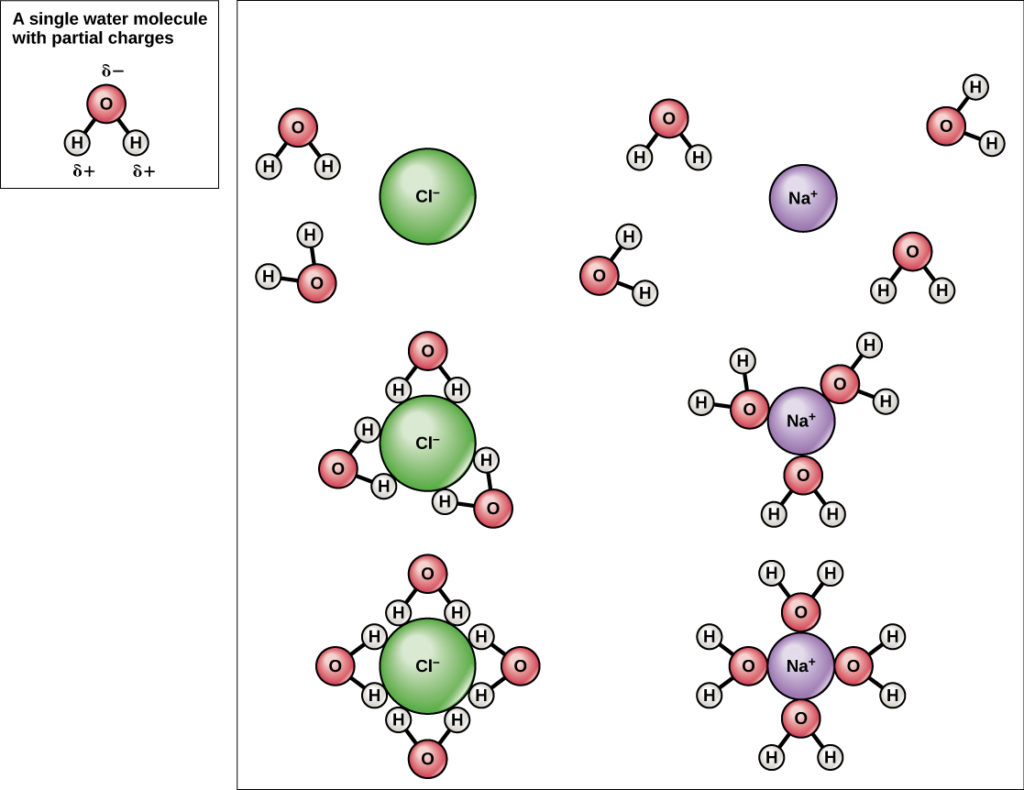 Figure 3. When table salt (NaCl) is mixed in water, spheres of hydration form around the ions. 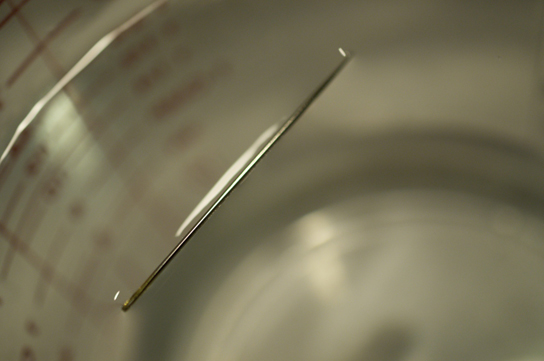 Have you ever filled up a glass of water to the very top and then slowly added a few more drops? Before it overflows, the water actually forms a dome-like shape above the rim of the glass. This water can stay above the glass because of the property of cohesion. In cohesion, water molecules are attracted to each other (because of hydrogen bonding), keeping the molecules together at the liquid-air (gas) interface, although there is no more room in the glass. Cohesion gives rise to surface tension, the capacity of a substance to withstand rupture when placed under tension or stress. When you drop a small scrap of paper onto a droplet of water, the paper floats on top of the water droplet, although the object is denser (heavier) than the water. This occurs because of the surface tension that is created by the water molecules. Cohesion and surface tension keep the water molecules intact and the item floating on the top. It is even possible to “float” a steel needle on top of a glass of water if you place it gently, without breaking the surface tension (Figure 4).

To learn more about water, visit the U.S. Geological Survey Water Science for Schools: All About Water!

Water has many properties that are critical to maintaining life. It is polar, allowing for the formation of hydrogen bonds, which allow ions and other polar molecules to dissolve in water. Therefore, water is an excellent solvent. The hydrogen bonds between water molecules give water the ability to hold heat better than many other substances. As the temperature rises, the hydrogen bonds between water continually break and reform, allowing for the overall temperature to remain stable, although increased energy is added to the system. Water’s cohesive forces allow for the property of surface tension. All of these unique properties of water are important in the chemistry of living organisms.