1. Determine whether the following algebraic equation can be written as a linear function. 2x + 3y = 7

2. Determine whether the following function is increasing or decreasing. f(x) = –2x + 5

3. Determine whether the following function is increasing or decreasing. f(x) = 7x + 9

4. Given the following set of information, find a linear equation satisfying the conditions, if possible.

5. Given the following set of information, find a linear equation satisfying the conditions, if possible.

6. Find the slope of the line. 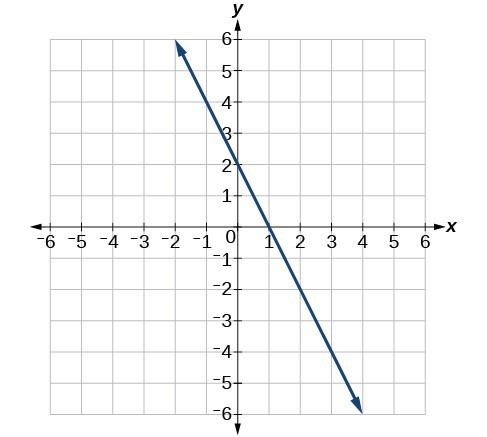 7. Write an equation for line in the graph below. 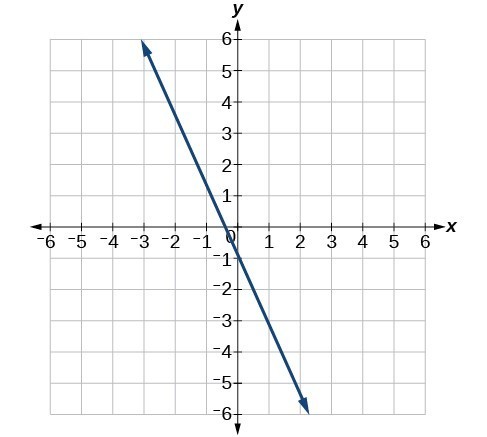 8. Does the table below represent a linear function? If so, find a linear equation that models the data.

9. Does the table below represent a linear function? If so, find a linear equation that models the data.

10. At 6 am, an online company has sold 120 items that day. If the company sells an average of 30 items per hour for the remainder of the day, write an expression to represent the number of items that were sold n after 6 am.

For the following exercises, determine whether the lines given by the equations below are parallel, perpendicular, or neither parallel nor perpendicular:

14. Given below are descriptions of two lines. Find the slopes of Line 1 and Line 2. Is the pair of lines parallel, perpendicular, or neither?

Plan A: $25 per day and $0.10 per mile
Plan B: $40 per day with free unlimited mileage
How many miles would you need to drive for plan B to save you money?

20. Find the area of a triangle bounded by the y axis, the line f(x) = 12 – 4x, and the line perpendicular to f that passes through the origin.

For the following exercises, use the graph below, showing the profit, y in thousands of dollars, of a company in a given year, x, where x represents years since 1980. 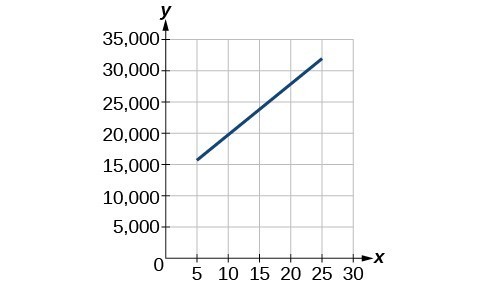 24. Find and interpret the y-intercept.

26. Draw a scatter plot for the data provided in the table below. Then determine whether the data appears to be linearly related.

27. Draw a best-fit line for the plotted data. 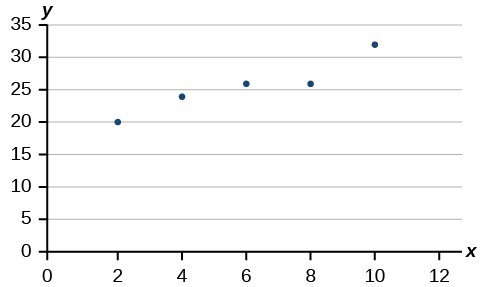 For the following exercises, use the table below, which shows the percent of unemployed persons 25 years or older who are college graduates in a particular city, by year.

28. Determine whether the trend appears linear. If so, and assuming the trend continues, find a linear regression model to predict the percent of unemployed in a given year to three decimal places.

29. In what year will the percentage drop below 4%?

30. Based on the set of data given below, calculate the regression line using a calculator or other technology tool, and determine the correlation coefficient. Round to three decimal places of accuracy.

31. Use linear regression to determine a function y, where the year depends on the population. Round to three decimal places of accuracy.

33. What is the correlation coefficient for this model?