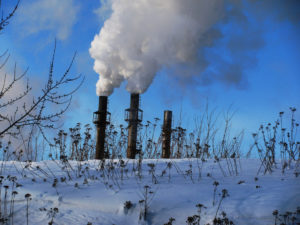 American President Calvin Coolidge said in the 1920s that “the chief business of the American people is business.” It was a popular observation in a time of economic prosperity, when issues such as energy security and climate change were practically nonexistent.

Almost a century later, things are very different. Now, more than ever, private enterprise is being called upon to exercise social responsibility, especially when it comes to the environment. This trend reflects the view that companies ought to do more than simply meet the letter of the law and the bare minimum of ethical business behavior. Today we discuss the idea of “corporate social responsibility.”

President Coolidge, like many American presidents before and since, kept government out of the affairs of business as much as possible. But starting in the 1960s and 1970s, the environmental impact of an ever-expanding economy was generating more and more protest from citizens. The result was a wave of legislation designed to reduce the pollution produced by business activity. Those laws had positive effects and are now vital parts of the American regulatory framework. But despite these regulations, controlling pollution continues to be a challenge. And now there are even larger problems on the horizon.

Even though businesses today are more efficient and use fewer resources to make goods—thanks to technological advances— many ecosystems continue to suffer. This is because the scale of economic activity grows every year, despite environmental improvements by individual enterprises.

Starting a few years ago, many citizens in the U.S. and around the world began calls for more action from private enterprise on these social issues—beyond compliance with regulations and traditional charity-related work. The result was a new movement known as corporate social responsibility, or CSR.

Corporate social responsibility (CSR) can be simply and broadly defined as the ethical role of the corporation in society. The aim of CSR is to increase long-term profits and shareholder trust through positive public relations and high ethical standards to reduce business and legal risk by taking responsibility for corporate actions. It isn’t enough for companies to generate a profit and merely meet the letter of the law in their business operations. Today, many U.S. citizens expect them to generate a profit and conduct themselves in an ethical and socially responsible manner.

CSR strategies encourage the company to make a positive impact on the environment and stakeholders—that is, all of the parties who have a stake in the performance and output of the corporation. Stakeholders include the company’s employees, unions, investors, suppliers, consumers, local and national governments, and communities that may be affected by corporate activities such as construction, manufacturing, and pollution. For some companies, CSR means manufacturing their products in a way that doesn’t harm the environment and protects the consumer from potentially hazardous materials. One such company that has staked it reputation on ethical manufacturing is LUSH Cosmetics.

Some of the drivers pushing businesses toward CSR include the following:

Regardless of where the pressure originates, companies are finding that ignoring their social and environmental responsibility and impact is ultimately bad for business. 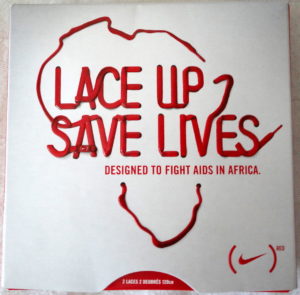 Not all companies approach CSR in the same way. Their approach depends upon their resources, available assets, and corporate culture. In addition, some companies perceive more benefit from one type of CSR than another. The personal beliefs and priorities of senior management/ownership can also influence the company’s approach to social responsibility. Below are some different approaches to CSR.

Corporate philanthropy refers to a corporation’s gifts to charitable organizations. There is an implication that the corporation’s donations have no strings attached, which is probably quite rare. At a minimum, most corporations expect that their donations will be publicly attributed to the corporation, thus generating positive public relations. When corporations make large cash gifts to universities or museums, they are usually rewarded with a plaque or with a building or library named after the donor. Such attributions burnish the corporation’s public image, and in such cases we are not dealing with true corporate philanthropy, strictly speaking, but something more in the nature of marketing or public relations.

Cause-related marketing (CRM) refers to a corporation’s associating the sales of its products to a program of donations or support for a charitable or civic organization. An example is provided by the famous Red campaign, in which corporations such as Nike and Gap pledged to contribute profits from the sale of certain red-colored products to a program for African development and alleviation of AIDS-related social problems. The basic idea of cause-related marketing is that the corporation markets its brand at the same time that it promotes awareness of the given social problem or civic organization that addresses the social problem. Another well-known example is the pink ribbon symbol that promotes breast-cancer awareness and is used prominently in the marketing of special lines of products by many corporations, such as Estée Lauder, Avon, New Balance, and Self Magazine. In addition to marketing products with the pink-ribbon symbol, Estée Lauder has made support for breast cancer awareness one of the defining features of its corporate philanthropy. Thus, Estée Lauder also frequently refers to such charitable contributions, currently on the order of $150 million, in its corporate communications and public relations documents.

Sustainability has become such an important concept that it is frequently used interchangeably with CSR. Indeed, for some companies it seems that CSR is sustainability. This is perhaps not surprising, given the growing media attention on issues related to sustainability.

Sustainability is a concept derived from environmentalism; it originally referred to the ability of a society or company to continue to operate without compromising the planet’s environmental condition in the future. In other words, a sustainable corporation is one that can sustain its current activities without adding to the world’s environmental problems. Sustainability is therefore a very challenging goal, and many environmentalists maintain that no corporation today operates sustainably, since all use energy (leading to the gradual depletion of fossil fuels while emitting greenhouse gases) and all produce waste products like garbage and industrial chemicals. Whether or not true sustainability will be attainable anytime in the near future, the development and promotion of sustainability strategies has become virtually an obsession of most large corporations today, as their websites will attest in their inevitable reference to the corporation’s sincere commitment to sustainability and responsible environmental practices. No corporation or corporate executive today will be heard to say that they do not really care about the environment. However, if we observe their actions rather than their words, we may have cause for doubt.

Social entrepreneurship and social enterprise refer to the use of business organizations and techniques to attain laudable social goals. As we’ll discuss further in the next reading, Blake Mycoskie decided to create TOMS Shoes largely as a reaction to his travels in Argentina, which had exposed him to terrible poverty that left many school-age children without shoes. An important part of the corporate mission of TOMS Shoes lies in its pledge to give away a free pair of shoes for every pair purchased by a customer. TOMS Shoes’ model has been imitated by many others, including the popular online eyewear brand, Warby Parker.

The difference between social entrepreneurship and CSR is that, with social entrepreneurship, the positive social impact is built into the mission of the company from its founding. Other examples of social entrepreneurship include The Body Shop, Ben & Jerry’s ice cream, and Newman’s Own. The Body Shop was founded by noted activist Anita Roddick who insisted that all products be derived from ingredients that were natural, organic, and responsibly sourced. Her employment policies famously allowed every employee to take off one day a month from work to engage in social or community projects. Similarly, Ben & Jerry’s was founded to promote the use of organic, locally-produced food. The company’s founders insisted on a policy that executives earn no more than seven times the salary of factory line-workers (although this policy was eventually relaxed when it became difficult to recruit a competent CEO at those wages). Ben & Jerry’s engaged in a number of high-profile political activities in which they encouraged their employees to participate, such as protesting the building of the Seabrook nuclear power plant in Vermont. Newman’s Own was founded by film actor Paul Newman and his friend A. E. Hotchner with the goal of selling wholesome products and giving away 100 percent of the profits to charitable ventures. To date, Newman’s Own has given away more than two hundred million dollars.

Social marketing refers to the use of business marketing techniques in the pursuit of social goals. Often, governments and nonprofit organizations make use of social marketing to make their points more forcefully and effectively to a wide audience. Classic examples are the extremely powerful TV commercials warning of the dangers of unsafe driving or of failing to use seat belts. Cinematic techniques are employed to portray dramatic, arresting images of crumpled cars and bodies, children and mothers crying. The source of social marketing advertisements is usually a local government or nonprofit organization.

Social marketing is usually used to try to convince citizens to drive more safely, eat better, report child and domestic abuse, and avoid various forms of criminality and drug use. As with ordinary advertising, social marketing can seem overdone or maudlin, and some social marketing ads have been mocked or considered silly. For example, former First Lady Nancy Reagan participated in a social marketing campaign that urged young people to “Just Say No” to drugs, an approach that was ridiculed as simplistic by many. Noted radical activist Abbie Hoffman said that telling drug users to “just say no” to drugs was like telling manic-depressives to “just cheer up.” Despite that, drug use in America declined over the time period that the campaign was in progress, though there is no evidence that any part of this decline was due to the campaign.

From the beginning, CSR has been the subject of much debate. CSR’s critics argue that the main responsibility of businesses is to maximize return to their shareholders. They point to the corporate legal system as the proper place for regulating businesses’ conduct with society. And besides, businesses are already fulfilling a key public service by providing jobs and services that society needs.

Other critics assert that many so-called CSR activities are really just publicity stunts and corporate “greenwashing.” Greenwashing refers to corporations that exaggerate or misstate the impact of their environmental actions or promote products as being “eco-friendly” when in fact they’re not.

Supporters of CSR contend that there are significant profit-related benefits in socially responsible behavior. Companies are using their CSR activities to recruit and keep the best management talent and to establish partnerships with communities to increase company influence on legislation. And companies that make social responsibility an integrated part of their business actually are managing risk—a key part of corporate development strategy.

Despite the ongoing debate, trends indicate that CSR is gathering force and is here to stay. More and more leading companies in America and worldwide are releasing sustainability reports. Plus, new industries like clean energy provide social and economic benefits while fighting environmental problems like climate change. The result of that combination has been called one of the greatest commercial opportunities in history.

The importance and nature of CSR is the topic of ongoing debate and controversy. Consider the following:

In each of the debates outlined above, there are intelligent and well-informed people on both sides of the issue. How CSR is defined and practiced differs for each enterprise. But for all those companies, the view seems to be that CSR programs are a good investment.