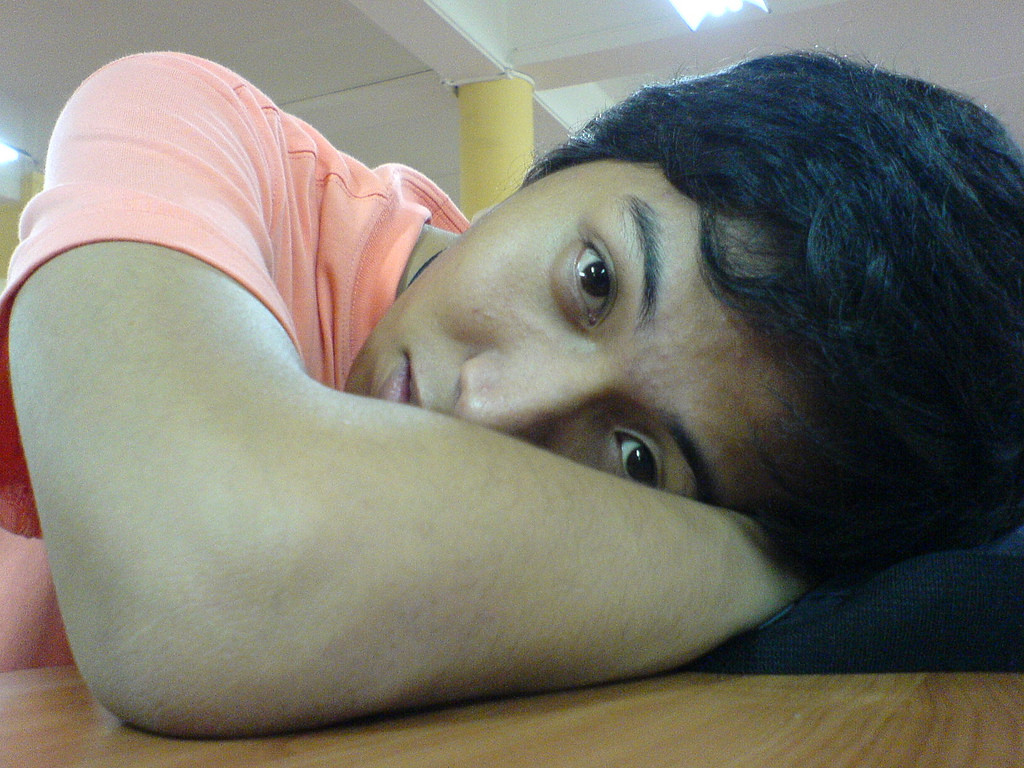 It is only in sorrow bad weather masters us; in joy we face the storm and defy it. —Amelia Barr, British author

So, what is “mental health”? Mental health can be defined as “a state of well-being in which the individual realizes his or her own abilities, can cope with the normal stresses of life, can work productively and fruitfully, and is able to make a contribution to his or her community.”[1] Having good mental health doesn’t necessarily mean being happy or successful all the time. Most people feel depressed, lonely, or anxious now and then, but those with good mental health can take these feelings in stride and overcome them. When such feelings or moods persist and interfere with a person’s ability to function normally, though, it may be a sign of a more serious mental health problem and time to seek help.

The term mental illness refers to mental disorders or health conditions characterized by “alterations in thinking, mood, or behavior (or some combination thereof) associated with distress and/or impaired functioning.”[2] Depression is the most common type of mental illness, and it affects more than 26 percent of the U.S. adult population. It has been estimated that by the year 2020, depression will be the second leading cause of disability throughout the world, trailing only ischemic heart disease.

Evidence has shown that mental disorders, especially depressive disorders, are strongly linked to the occurrence and course of many chronic diseases—including diabetes, cancer, cardiovascular disease, asthma, and obesity and many risk behaviors for chronic disease, such as physical inactivity, smoking, excessive drinking, and insufficient sleep. In other words, if your mental health is poor, you may be at greater risk for disease and poor physical health.

There are also some common-sense strategies that you can adopt to support and improve your emotional, psychological, and social health. Not surprisingly, they are very similar to the strategies one uses to cope with stress:

Depression is a common but serious mood disorder that’s more than just a feeling of “being down in the dumps” or “blue” for a few days. It causes severe symptoms that affect how you feel, think, and handle daily activities, such as sleeping, eating, or working. To be diagnosed with depression, the symptoms must be present for at least two weeks.

If you have been experiencing some of the following signs and symptoms most of the day, nearly every day, for at least two weeks, you may be suffering from depression:

Depression is one of the most common mental disorders in the United States. Current research suggests that depression is caused by a combination of genetic, biological, environmental, and psychological factors. It usually starts between the ages of fifteen and thirty, and is much more common in women. Women can also get postpartum depression after the birth of a baby. Some people get seasonal affective disorder in the winter, when there is less natural sunlight. Depression is one part of bipolar disorder.

Depression, even the most severe cases, can be treated. The earlier that treatment can begin, the more effective it is. Depression is usually treated with medications, psychotherapy, or a combination of the two.

There are days that you will feel down, especially when the demands of college get to you. These feelings are normal and will go away. If you are feeling low, try to take a break from the pressures of college and do something you enjoy. Spend time with friends, exercise, read a good book, listen to music, watch a movie, call a friend, talk to your family, or anything else that makes you feel good. If you feel depressed for two weeks, or the feeling keeps coming back, you should talk to a counselor in the health services/center. They see lots of students who are anxious, stressed, or depressed at college.

Most people experience occasional loneliness, and it’s an especially common experience among first-time college students, who find themselves in an unfamiliar environment with a completely new social scene. Loneliness isn’t necessarily about being alone—you can be surrounded by people and still feel alone. It’s the feeling of being alone that counts, along with feeling empty, unwanted, or isolated. In the following Ted Talk, Sherrie Turkle describes how, in this age of near-constant digital “connection,” loneliness is a challenge that faces us all:

If you’re feeling lonely, try taking Turkle’s advice and start a conversation with someone. College is a great place to meet new people and develop new and interesting relationships. Others in college are new, just like you, and will welcome the chance to connect with and get to know another classmate. Try joining a campus interest group or club, play a team sport, or just ask another student if they’d like to meet for coffee or to study.

If feelings of loneliness persist, and especially if you also feel depressed, you should get help from a counselor or health services.

Anorexia nervosa is characterized by self-starvation and extreme weight loss either through restriction or through binge-purging. This may frequently be a result of body dysmorphic disorder (a condition in which someone feels that their body looks differently than it actually does) or a result of other psychiatric complications such as OCD or depression. Starvation can cause harm to vital organs such as the heart and brain, can cause nails, hair, and bones to become brittle, and can make the skin dry and sometimes yellow or covered with soft hair. Menstrual periods can become irregular or stop completely.

People with bulimia nervosa eat large amounts of food (also called bingeing) at least two times a week and then vomit (also called purging) or exercise compulsively. Because many people who “binge and purge” maintain their body weight, they may keep their problem a secret for years. Vomiting can cause loss of important minerals, life-threatening heart arrhythmia (irregular heartbeat), damage to the teeth, and swelling of the throat. Bulimia can also cause irregular menstrual periods.

People who binge without purging also have a disorder called binge eating disorder. This is frequently associated with feelings of loss of control and shame surrounding eating. People who are diagnosed with this disorder tend to gain weight, and many will have all of the consequences of being overweight, including high blood pressure and other cardiac symptoms, diabetes, and musculoskeletal complaints.

If you think you might have an eating disorder, you should go to the student health center or counseling center and get help. Talk with your family and close friends. Going for help and talking to others about your feelings and illness can be very difficult, but it’s the only way that you’re going to get better. Many colleges have treatment programs for these conditions and trained counselors who can relate to people with an eating disorder. 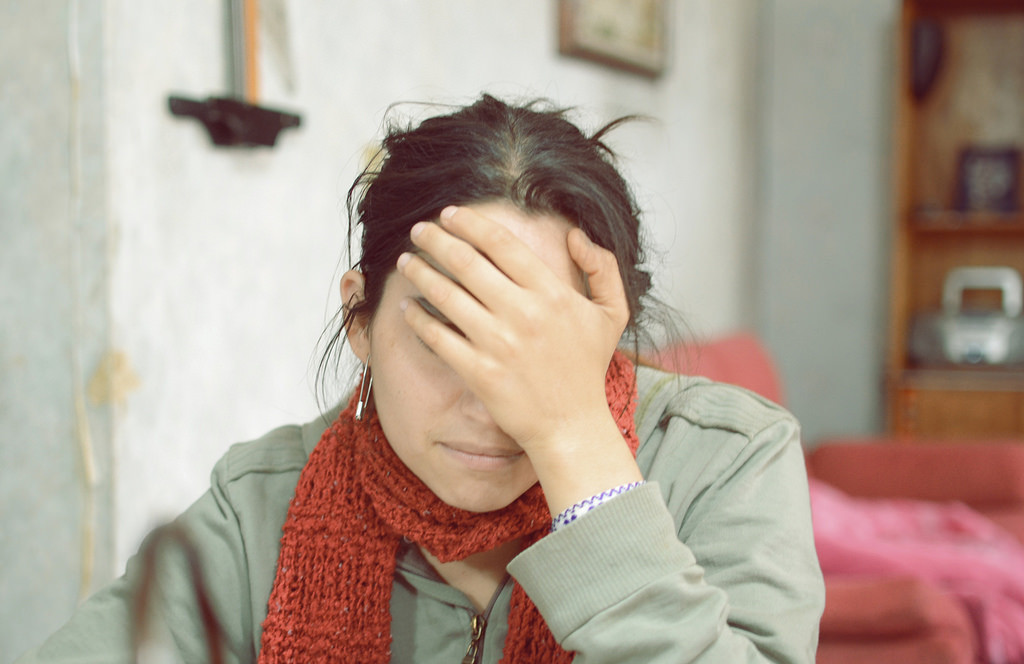 Suicide causes immeasurable pain, suffering, and loss to individuals, families, and communities nationwide. On average, 112 Americans die by suicide each day. Suicide is the second leading cause of death among 15–24-year-olds, and more than 9.4 million adults in the United States had serious thoughts of suicide within the past twelve months. But suicide is preventable, so it’s important to know what to do.

If someone you know is showing one or more of the following behaviors, he or she may be thinking about suicide. Don’t ignore these warning signs. Get help immediately.

If you or someone you know needs help, call the National Suicide Prevention Lifeline at 1.800.273.TALK (8255). Trained crisis workers are available to talk 24 hours a day, 7 days a week.

If you think someone is in immediate danger, do not leave him or her alone—stay there and call 911.

OK2TALK is a community for young adults struggling with mental health problems. It offers a safe place to talk.