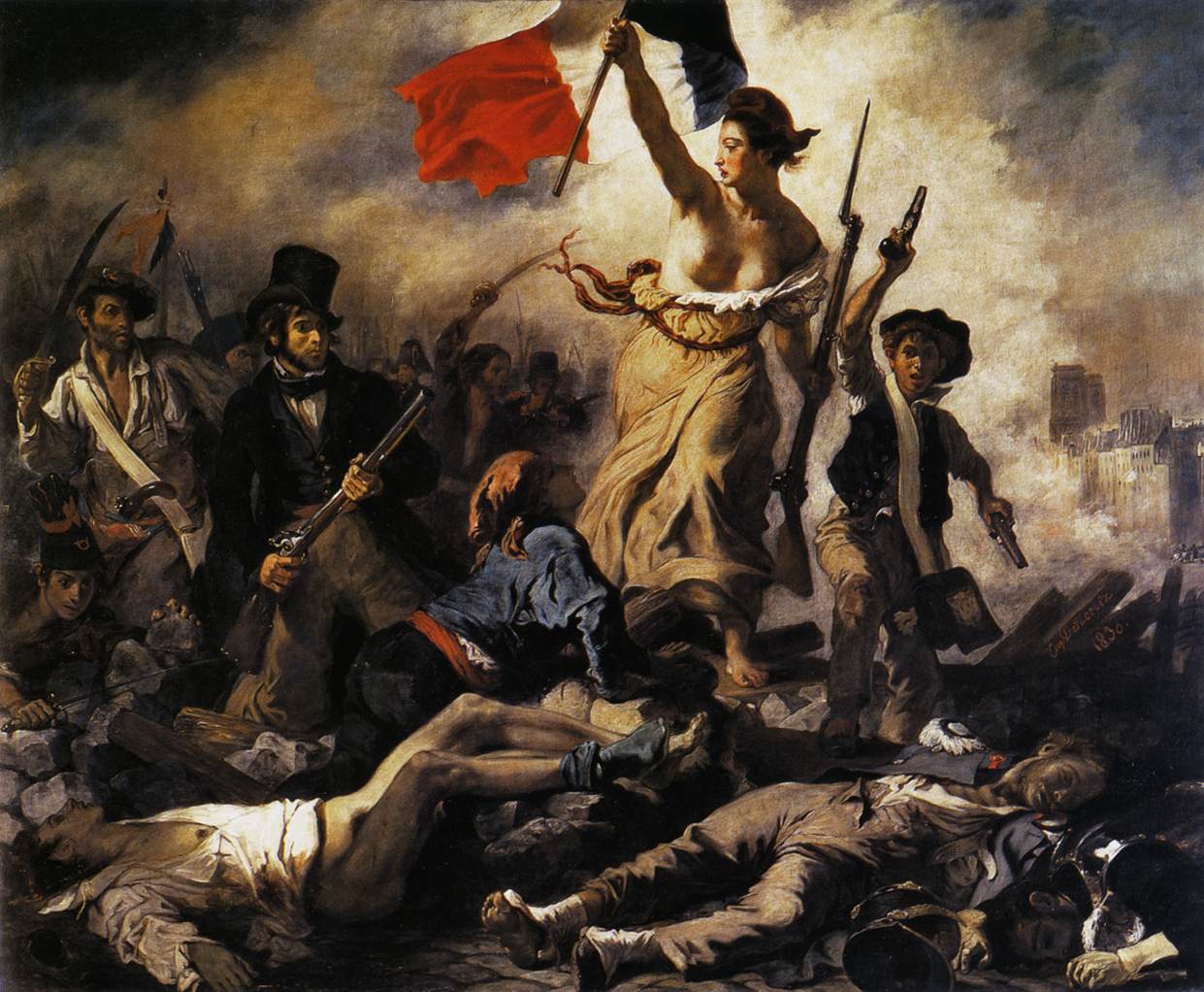 Prior to the late 19th century, the streets of this largely medieval city were the chaotic result of organic unplanned growth. Paris was a warren of tangled streets, some little more than narrow alleys that slowed travel, trade and troops, and could be easily blocked allowing revolutionaries to fortify entire sections of the city. It is upon these very barricades that Liberty, the personification of freedom (who the French call Marianne) stands. She holds the tri-color aloft. This is the banned flag of revolution and democracy.