Whenever a company or individual acts unreasonably and causes injury, that person or company may be liable for a tort. In some cases it doesn’t matter how careful or reasonable the company or individual is—they may be liable for any injury resulting from their actions. Torts are an integral part of our civil law, and in this chapter, you’ll learn about what kinds of torts exist and how to defend yourself or your company from potential tort liability. Specifically, you should be able to answer the following questions: 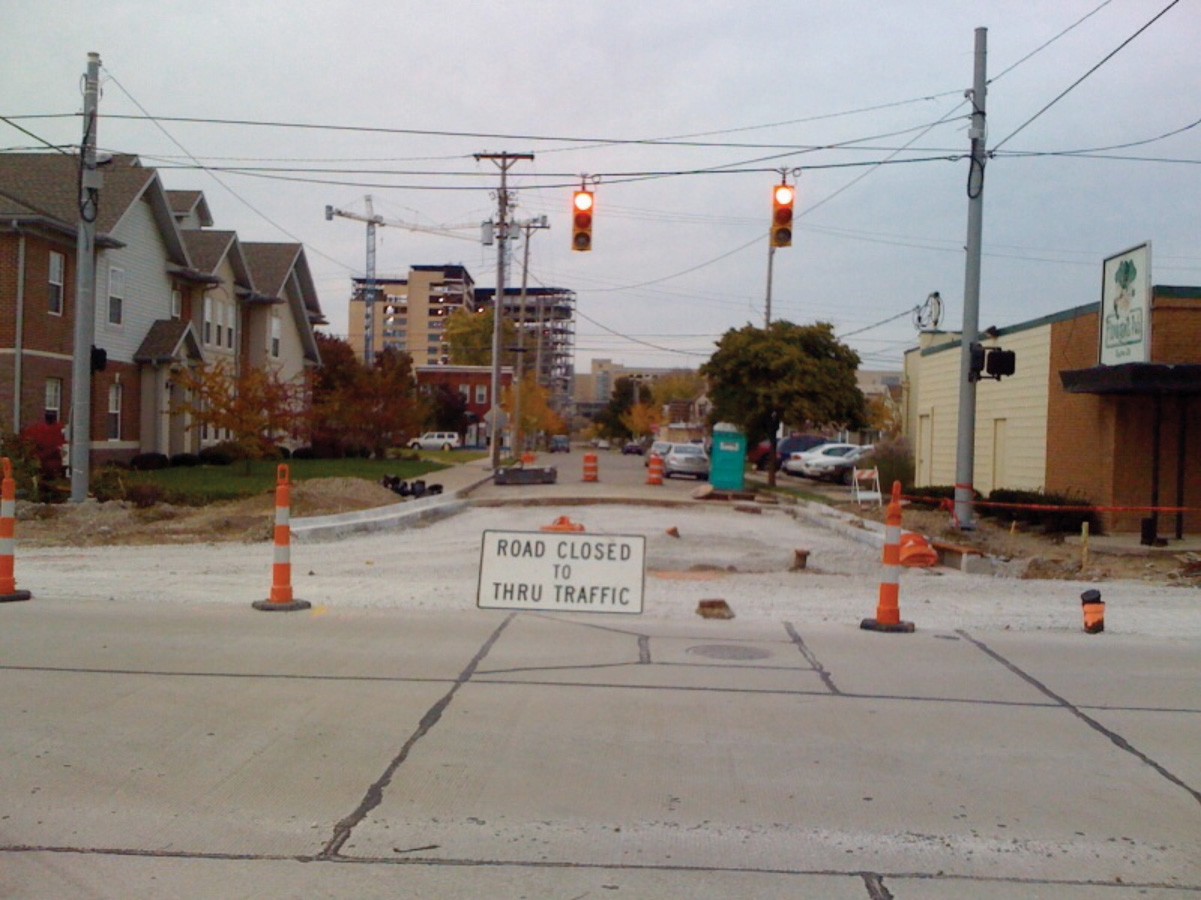 Look at the picture in Figure 7.1 “A Typical Construction Site”. You’ve probably seen a similar picture of a construction site near where you live, with multiple orange traffic cones (with reflective stripes so they can be seen at night) and a large sign warning vehicles not to attempt to drive on the road. Now imagine the picture without the traffic cones, warning signs, or caution tape. If you were driving, would you still attempt to drive on this road?

Most of us would probably answer no, since the road is obviously under construction and attempting to drive on it may result in severe damage to property (our vehicles) and personal injury. Similarly, pedestrians, skateboarders, and bicyclists will likely steer clear of this road even if it wasn’t clearly marked or roped off. So if the dangers associated with this construction are obvious, why would the construction workers go through the time and expense of setting up the traffic cones, sign, and tape?

The answer has to do with tort law. A tort can be broadly defined as a civil wrong, other than breach of contract. In other words, a tort is any legally recognizable injury arising from the conduct (or nonconduct, because in some cases failing to act may be a tort) of persons or corporations. The other area of civil law that corporations have to be concerned about is contract law. There are several key differences between torts and contracts.

First is the realm of possible plaintiffs. In contract law, only persons that you have a contract with, or you are a third-party-beneficiary to (such as when you are named the beneficiary to a life insurance policy and the company refuses to pay the claim), can possibly sue you for breach of contract. In tort law, just about anyone can sue you, as long as they can establish that you owe them some sort of legally recognized duty. The second key difference is damages, or remedies. In contract law, damages are usually not difficult to calculate, as contract law seeks to place the parties in the same position as if the bargain had been performed (known as compensatory damages). Compensatory damages also apply in tort law, but they are much more difficult to calculate. Since money cannot bring the dead back to life or regrow a limb, tort law seeks to find a suitable monetary equivalent to those losses, which as you can imagine is a very difficult thing to do. Additionally, tort law generally allows for the award of punitive damages, something never permitted in contract law.

There is also some intersection between tort law and criminal law. Often, the same conduct can be both a crime and a tort. If Claire punches Charlie in the gut, for example, without provocation and for no reason, then Claire has committed the tort of battery and the crime of battery. In the tort case, Charlie could sue Claire in civil court for money damages (typically for his pain, suffering, and medical bills). That case would be tried based on the civil burden of proof—preponderance of the evidence. That same action, however, could also lead Charlie to file a criminal complaint with the prosecutor’s office. Society is harmed when citizens punch each other in the gut without provocation or justification, so the prosecutor may file a criminal case against Claire, where the people of the state would sue her for the crime of battery. If convicted beyond a reasonable doubt, Claire may have to pay a fine to the people (the government) and may lose her liberty. Charlie gets nothing specifically from Claire in the criminal case other than the general satisfaction of knowing that his attacker has been convicted of a crime.

You might recall from Chapter 3 “Litigation” that the standard of proving a criminal case (beyond a reasonable doubt) is far higher than the standard for proving a civil case (a preponderance of evidence). Therefore, if someone is convicted of a crime, he or she is also automatically liable in civil tort law under the negligence per se doctrine. For that reason, criminal defendants who wish to avoid a criminal trial are permitted to plead “no contest” to the criminal charges, which permits the judge to sentence them as if they were guilty but preserves the right of the defendant to defend a civil tort suit.

Perhaps more than any other area of law, tort law is a reflection of American societal values. Contracts are enforced because they protect our expectation that our promises are enforced. Criminal law is the result of elected legislatures prohibiting behavior that the community finds offensive or immoral. Tort law, on the other hand, is generally not the result of legislative debate or committee reports. Each tort case arises out of different factual situations, and a jury of peers is asked to decide whether or not the tortfeasor (the person committing the tort) has violated a certain societal norm. Additionally, we expect that when an employee is working for the employer’s benefit and commits a tort, the employer should be liable. Under the respondeat superior doctrine, employers are indeed liable, unless they can demonstrate the employee was on a frolic and detour at the time he or she committed the tort.

The norms that society protects make up the basis for tort law. For example, we have an expectation that we have the right to move freely without interference unless detained pursuant to law. If someone interferes with that right, he or she commits the tort of false imprisonment. We have an expectation that if someone spills a jug of milk in a grocery store, the store owners will promptly warn other customers of a slippery floor and clean up the spill. Failure to do so might constitute the tort of negligence. Likewise, we expect that the products we purchase for everyday use won’t suddenly and without explanation injure us, and if that happens then a tort has taken place.

It has been said many times that tort law is a unique feature of American law. In Asian countries that follow a Buddhist tradition, for example, many people have a belief that change is a constant part of life and to resist that change is to cause human suffering. Rather than seeking to blame someone else for change (such as an injury, death, or damage to personal property), a Buddhist may see it as part of that person’s or thing’s “nature” to change. In countries with an Islamic tradition, virtually all events are seen as the will of God, so an accident or tragedy that leads to injury or death is accepted as part of one’s submission to God. In the United States, however, the tradition is one of questioning and inquiry when accidents happen. Indeed, it can be said with some truth that many Americans believe there is no such thing as an accident—if someone is injured or killed unexpectedly, we almost immediately seek to explain what happened (and then often place blame).

Torts can be broadly categorized into three categories, depending on the level of intent demonstrated by the tortfeasor. If the tortfeasor acted with intent to cause the damage or harm that results from his or her action, then an intentional tort has occurred. If the tortfeasor didn’t act intentionally but nonetheless failed to act in a way a reasonable person would have acted, then negligence has taken place. Finally, if the tortfeasor is engaged in certain activities and someone is injured or killed, then under strict liability the tortfeasor is held liable no matter how careful or careless he or she may have been. In this chapter, we’ll explore these three areas of torts carefully so that by the end of the chapter, you’ll understand the responsibilities tort law imposes on both persons and corporations. The chapter concludes with a brief discussion of other issues that affect torts, including tort reform.

A tort is a civil wrong (other than breach of contract) arising out of conduct or nonconduct that violates societal norms as determined by the judicial system. Unlike contracts and crimes, torts do not require legislative action. Torts protect certain expectations we cherish in a free society, such as the right to travel freely and to enjoy our property. There are three primary areas of tort law, classified depending on the level of intent demonstrated by the tortfeasor.