Reading: What is Law?

If you were asked to define “the law,” what would you say? Is “you should eat five fruits and vegetables a day” a law? What distinguishes law from mere suggestions or good advice? The key difference is obviously enforcement and consequence. If you don’t eat five fruits and vegetables a day, you are not going to be imprisoned or fined. If you steal or embezzle, however, you may be prosecuted and face stiff financial penalties and imprisonment.
Law, therefore, is a set of rules that are enforced by a government authority.

Now consider the nature of law. Would you say that the law includes only the actual words that are written, or does it also include reading between the lines to discern the spirit of the law? Would you follow a law that you disagreed with, or would you ignore such a law? Do you believe that what the law actually
is matters as much as who enforces it? Do you think that morality is a part of legality, or do you think that morality is wholly separate from the law?

Based on the particular system of jurisprudence to which one ascribes, these questions will generate different answers. Not only will the answers to these questions differ, but the potential outcomes of legal disputes can also vary widely, depending on one’s conception of what the law is. These differences highlight fundamental disagreements over the nature of law.

Jurisprudence is the philosophy of law. The nature of law has been debated for centuries, giving rise to a general coalescence of ideas to create particular schools of thought. Several different theories of jurisprudence are explored in the paragraphs that follow. 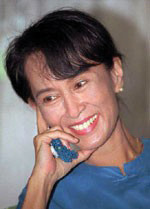 At a most basic interpretation, some believe that law is simply power. That is, the law is followed because the sovereign issues orders that are backed by threats. Consider tyrannical rulers who create arbitrary laws or bad laws. If the sovereign has the power to enforce those “laws,” then regardless of the “badness” of the law, it is still law. The Nazis executed six million Jews pursuant to German law during World War II. Saddam Hussein routinely tortured and executed political opponents and minority Sunni Muslims in Iraq under Iraqi law. The military in Myanmar (known euphemistically as the State Peace and Development Council) imprisoned the democratically elected and Nobel Peace Prize–winning prime minister of the country, Aung San Suu Kyi (Figure 1.2 “Aung San Suu Kyi”), under color of authority. (Actions taken under the law are said to be under the color of authority.) Those who ascribe to the idea that law is power often argue that coercion is an essential and necessary feature of law.

Many have criticized the understanding of law as nothing more than power backed by threats. For example, some point out that if law is nothing more than power, then the subjects of the law are simply at the mercy of whoever is in power. If we look at the U.S. system of government, however, citizens generally do not feel that they are “at the mercy” of the government. This is because people also have power. People can elect their government officials, and they can vote “out” government officials who aren’t doing a good job. In this way, those in power are accountable to the people. Other criticisms include the more piercing observation that not all law requires the exercise or threat of overt power. For instance, many of our laws rely on economic incentives, rather than force of power, to encourage compliance. Though penalty provisions may exist for violating those laws, those penalties may not be driving compliance itself.

A competing view is that of legal positivism, whose proponents disagree that law is simply power. Legal positivists believe that the law is what the law says. The laws are written, human-made rules. The law is not drawn from any source higher than man. Legal positivists do not try to read between the lines. They may disagree with the law as it is written, but they will acquiesce to the sovereign power and follow the law as it is written. They reject any belief that they have an individual right to disobey a law that they happen to oppose, providing that the law is from a legitimate source. Positivists believe that law is wholly separate from any consideration of ethics. Moreover, they do not believe that people have intrinsic human rights other than those created by the law. This is very different from a natural rights perspective, which is discussed in the following paragraphs.

Positivists differ from the view that law is simply power, because they believe that valid law must be created pursuant to the existing rules that allow the sovereign to create law. Under this way of thinking, an arbitrary declaration of law by a sovereign who did not follow the rules for creating the law would not be viewed as valid law. Additionally, positivists would not consider any rule or “law” created by an illegitimate ruler as valid law. Consequently, a legal positivist would feel no need to obey an illegitimately created “law.”

Consider the example of the draft again. Some people have a strong moral objection to engaging in armed conflict with other human beings. However, a legal positivist would most certainly comply with a law that required compulsory conscription, though he or she might use other legal channels to try to change the law.

A common criticism of legal positivism is that it prohibits individuals from remaining true to their own consciences when their consciences conflict with the laws of the sovereign. However, for a positivist, the desirability of enacting a law that might be viewed as “good” or “bad” is not relevant for determining what the law is.

Some critics point out that legal positivism is too limited in its conception of law. For instance, at least some laws seem to reflect a moral stance. The prohibition against insider trading (using nonpublic information to buy or sell a stock to make money) might be said to encompass the idea of fairness, which is a moral consideration. Likewise, due process (fundamental fairness and decency in government actions) might be said to encompass the ideas of both fairness and a moral position against cruelty. Moreover, not all law is the result of a sovereign-issued, written rule. For example, international customary law has developed through customary practices. It is valid law, but it is not a set of rules handed down from a sovereign ruler.

A different viewpoint is legal realism, which is the belief that the law itself is far less important than the consideration of who is in the position to enforce the law. Like positivists, legal realists believe that law is the product of human making. However, unlike positivists, they believe that the outcome of any issue that arises under law is dependent on the person, such as a judge, who is in the position to exercise power under the mantle of the law. Additionally, realists believe that social and economic considerations should be brought to bear in legal disputes, which may very well be “extra” considerations that are not captured by the written law itself.

If a realist brought a dispute before a particular judge who was known to be unsympathetic to that particular type of dispute, the realist would believe that the judge’s decision would reflect that leaning. For example, if a dispute arose under the Clean Water Act, and the defendant was a legal realist who believed that the judge was unduly harsh with environmental offenders, the legal realist would not look to the actual words of the Clean Water Act itself to determine a likely outcome. Instead, the defendant would view the judge’s personal and professional beliefs about water pollution as determinative factors. Moreover, if the plaintiff in the same case were a realist who did not believe that the Clean Water Act was very strong, that plaintiff might hope that the judge would consider the social importance of clean water to human health, natural environment, and nonhuman animals.

Critics of legal realism point out that those who are in the position to exercise the power of the law over others should not circumscribe the checks and balances of our system of government by considering factors outside of legitimate sources of law when making decisions. For instance, they argue that judges should not use any factors other than the written law when rendering decisions. Legal realists, however, point out that judicial interpretation not only is necessary but also was contemplated by our Founding Fathers as a built-in check and balance to our other branches of government.

Natural law is the idea that humans possess certain inalienable rights that are not the products of human-made law. Therefore, we can say that natural law differs from both positivism and realism in this important respect. Humans are able to reason, and therefore they are able to discover moral truths on their own. They are not automatons who require a sovereign power to tell them right from wrong. Natural law adherents do not reject human-made law. However, they recognize that human-made law is subordinate to natural law if the two types of law conflict.

Civil rights activists often rely on natural law arguments to advance their platforms. This is true today as well as historically. For example, a civil rights advocate might point out that regardless of what the law “says,” discrimination based on race is simply wrong. If the written law allowed racial discrimination, natural law adherents would not recognize the law as valid.

Each theory of jurisprudence can inform our understanding of legal issues by allowing us to see the same thing from many different perspectives. Moreover, depending on philosophical perspective, there may be several possible outcomes to the same legal dispute that are equally supportable. This understanding can help us identify common ground among disputants as well as points of departure in their reasoning.