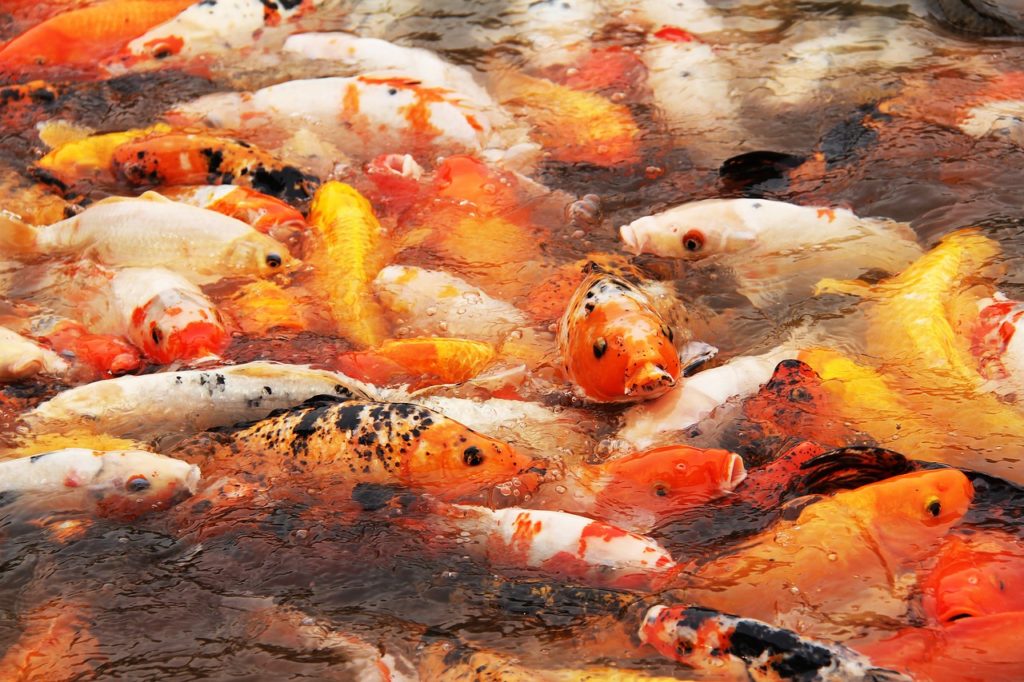 Recall the formula for slope

Slope, the measure of the steepness of a line, is given be the difference in the vertical distance over the distance in the horizontal distance between 2 points. The line graphed above falls 0.1 in growth rate for a corresponding increase in population of 5000. This gives the stated slope of

how did they do that?

The video below provides a demonstration, but it may be helpful to recap the process in writing as well.

The recursive formula for exponential growth (listed again at the top of this page), [latex]P_n=P_{n-1}+rP_{n-1}[/latex], may be rewritten by factoring out the [latex]P_{n-1}[/latex] from both terms on the right hand side of the equation. This gives

We can write an equation of the line formed in the graph above. It’s vertical intercept is [latex]0.1[/latex] and slope is [latex]\dfrac{-0.1}{5000}[/latex]. In the form of a linear equation, [latex]y=mx+b[/latex] with [latex]y=r[/latex] for growth rate and [latex]x=P[/latex] for population, this gives

Now we can build the adjusted exponential growth model for this situation.

Putting this in general terms for any such situation, we can replace the particular growth rate with the variable [latex]r[/latex] and the maximal population of 5000 in this case with a variable [latex]K[/latex] that represents carrying capacity. This gives us a general model for constrained growth called the logistic model. 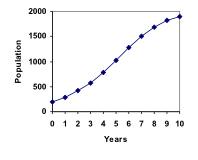 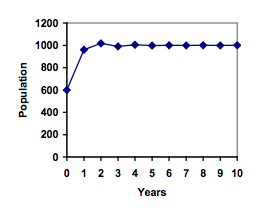 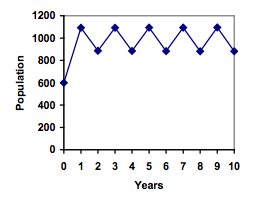