Biochemistry of the Genome

Structure and Function of RNA

RNA is typically single stranded and is made of ribonucleotides that are linked by phosphodiester bonds. A ribonucleotide in the RNA chain contains ribose (the pentose sugar), one of the four nitrogenous bases (A, U, G, and C), and a phosphate group. The subtle structural difference between the sugars gives DNA added stability, making DNA more suitable for storage of genetic information, whereas the relative instability of RNA makes it more suitable for its more short-term functions. The RNA-specific pyrimidine uracil forms a complementary base pair with adenine and is used instead of the thymine used in DNA. Even though RNA is single stranded, most types of RNA molecules show extensive intramolecular base pairing between complementary sequences within the RNA strand, creating a predictable three-dimensional structure essential for their function (Figure 1 and Figure 2).

Figure 1. (a) Ribonucleotides contain the pentose sugar ribose instead of the deoxyribose found in deoxyribonucleotides. (b) RNA contains the pyrimidine uracil in place of thymine found in DNA. 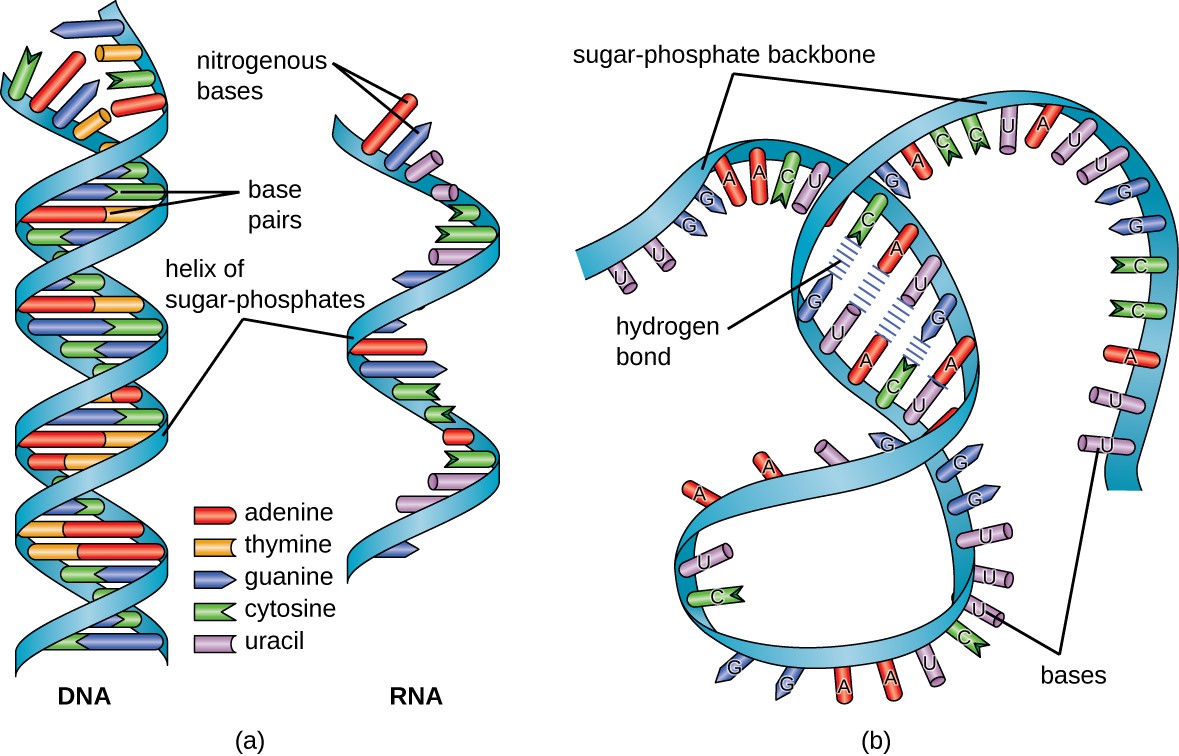 Functions of RNA in Protein Synthesis

Cells access the information stored in DNA by creating RNA to direct the synthesis of proteins through the process of translation. Proteins within a cell have many functions, including building cellular structures and serving as enzyme catalysts for cellular chemical reactions that give cells their specific characteristics. The three main types of RNA directly involved in protein synthesis are messenger RNA (mRNA), ribosomal RNA (rRNA), and transfer RNA (tRNA).

In 1961, French scientists François Jacob and Jacques Monod hypothesized the existence of an intermediary between DNA and its protein products, which they called messenger RNA.[1] Evidence supporting their hypothesis was gathered soon afterwards showing that information from DNA is transmitted to the ribosome for protein synthesis using mRNA. If DNA serves as the complete library of cellular information, mRNA serves as a photocopy of specific information needed at a particular point in time that serves as the instructions to make a protein.

The mRNA carries the message from the DNA, which controls all of the cellular activities in a cell. If a cell requires a certain protein to be synthesized, the gene for this product is “turned on” and the mRNA is synthesized through the process of transcription (see RNA Transcription). The mRNA then interacts with ribosomes and other cellular machinery (Figure 3) to direct the synthesis of the protein it encodes during the process of translation (see Protein Synthesis). mRNA is relatively unstable and short-lived in the cell, especially in prokaryotic cells, ensuring that proteins are only made when needed. 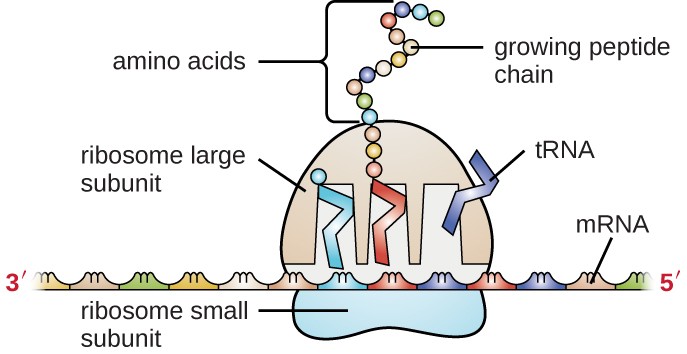 Figure 3. A generalized illustration of how mRNA and tRNA are used in protein synthesis within a cell.

rRNA and tRNA are stable types of RNA. In prokaryotes and eukaryotes, tRNA and rRNA are encoded in the DNA, then copied into long RNA molecules that are cut to release smaller fragments containing the individual mature RNA species. In eukaryotes, synthesis, cutting, and assembly of rRNA into ribosomes takes place in the nucleolus region of the nucleus, but these activities occur in the cytoplasm of prokaryotes. Neither of these types of RNA carries instructions to direct the synthesis of a polypeptide, but they play other important roles in protein synthesis.

Ribosomes are composed of rRNA and protein. As its name suggests, rRNA is a major constituent of ribosomes, composing up to about 60% of the ribosome by mass and providing the location where the mRNA binds. The rRNA ensures the proper alignment of the mRNA, tRNA, and the ribosomes; the rRNA of the ribosome also has an enzymatic activity (peptidyl transferase) and catalyzes the formation of the peptide bonds between two aligned amino acids during protein synthesis. Although rRNA had long been thought to serve primarily a structural role, its catalytic role within the ribosome was proven in 2000.[2] Scientists in the laboratories of Thomas Steitz (1940–) and Peter Moore (1939–) at Yale University were able to crystallize the ribosome structure from Haloarcula marismortui, a halophilic archaeon isolated from the Dead Sea. Because of the importance of this work, Steitz shared the 2009 Nobel Prize in Chemistry with other scientists who made significant contributions to the understanding of ribosome structure.

Transfer RNA is the third main type of RNA and one of the smallest, usually only 70–90 nucleotides long. It carries the correct amino acid to the site of protein synthesis in the ribosome. It is the base pairing between the tRNA and mRNA that allows for the correct amino acid to be inserted in the polypeptide chain being synthesized (Figure 4). Any mutations in the tRNA or rRNA can result in global problems for the cell because both are necessary for proper protein synthesis (Table 1). 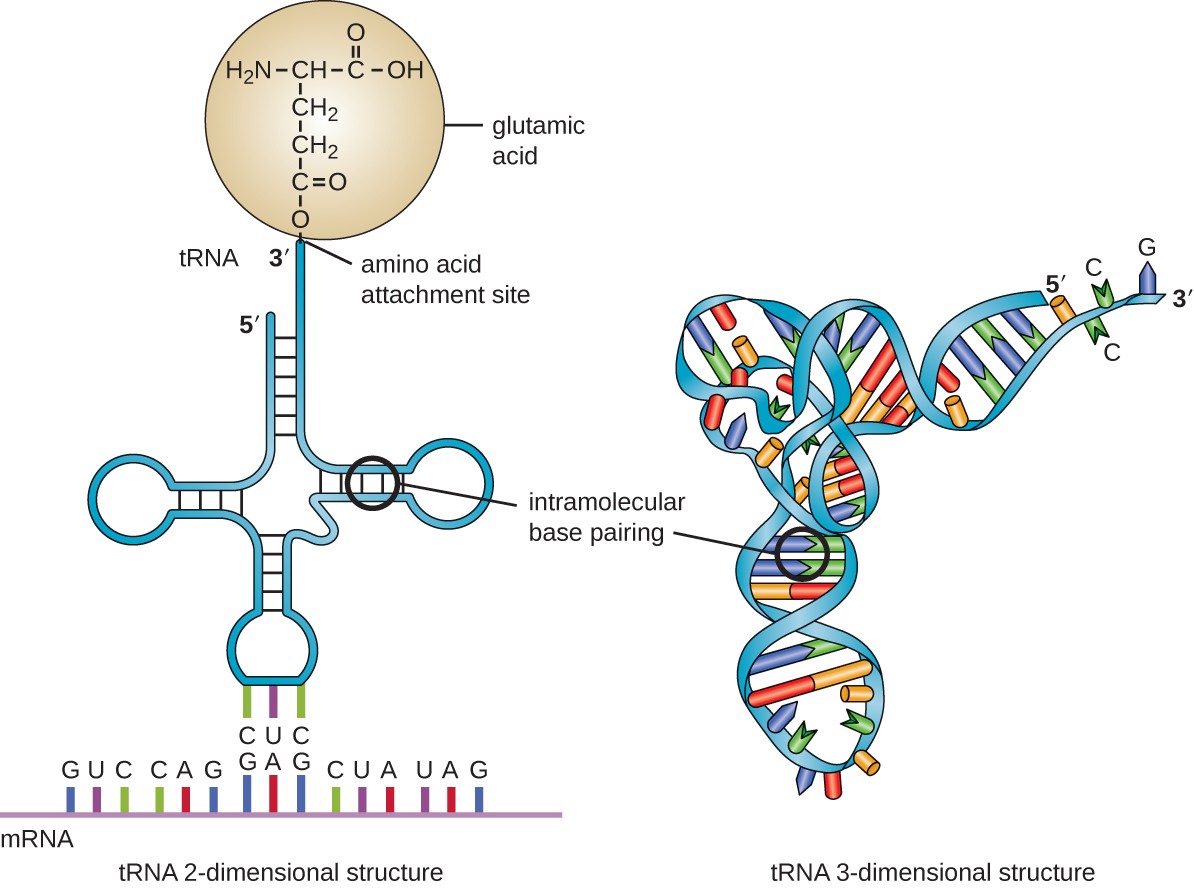 Figure 4. A tRNA molecule is a single-stranded molecule that exhibits significant intracellular base pairing, giving it its characteristic three-dimensional shape.

Although RNA does not serve as the hereditary information in most cells, RNA does hold this function for many viruses that do not contain DNA. Thus, RNA clearly does have the additional capacity to serve as genetic information. Although RNA is typically single stranded within cells, there is significant diversity in viruses. Rhinoviruses, which cause the common cold; influenza viruses; and the Ebola virus are single-stranded RNA viruses. Rotaviruses, which cause severe gastroenteritis in children and other immunocompromised individuals, are examples of double-stranded RNA viruses. Because double-stranded RNA is uncommon in eukaryotic cells, its presence serves as an indicator of viral infection. The implications for a virus having an RNA genome instead of a DNA genome are discussed in more detail in Viruses.

Which of the following types of RNA codes for a protein?

Show Answer
Answer b. mRNA codes for a protein.

A nucleic acid is purified from a mixture. The molecules are relatively small, contain uracil, and most are covalently bound to an amino acid. Which of the following was purified?

Which of the following types of RNA is known for its catalytic abilities?

Ribosomes are composed of rRNA and what other component?

Show Answer
Answer a. Ribosomes are composed of rRNA and protein.

Which of the following may use RNA as its genome?

Show Answer
Answer c. A virus may use RNA as its genome.

Match the correct molecule with its description:

Ribosomes are composed mostly of RNA. 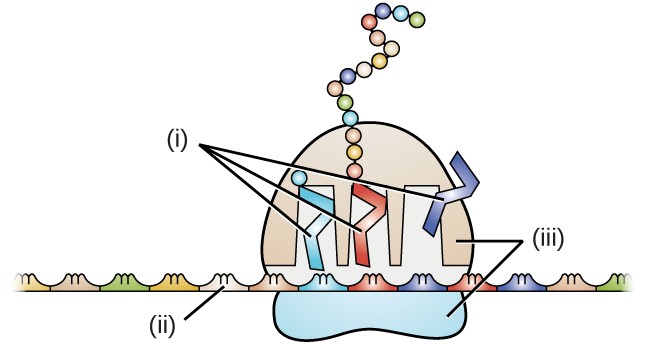