Chapter 6 Diversity & Civility: Can’t We All Just Get Along?

Our society is very diverse. By 2020 an estimated one in three Americans(and half of all college students) will be a person of color, but the term diversity means much more than a variety of racial and ethnic differences. As we’ll use the term here, diversity refers to the great variety of human characteristics, the ways we are different even as we are all human and share more similarities than differences. These differences are an essential part of what enriches humanity. 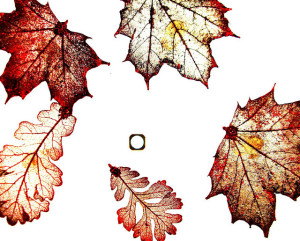 Differences among people may involve where a person was born and raised, the person’s family and cultural group, factual differences in personal identity, and chosen differences in significant beliefs. Some diversity is primarily cultural (involving shared beliefs and behaviors) while other diversity may be biological (race, age, gender, ability), and some is personal (sexual orientation, religion, politics). Diversity generally involves things that may significantly affect some people’s perceptions of others, not the general ways people happen to be different.

We can all learn things from people whose ideas, beliefs, attitudes, values, backgrounds, experiences, and behaviors are different from our own.

The Benefits of Diversity

Exposure to diversity helps individuals overcome stereotypes and become more accepting of human differences, so the goal of many college admissions departments is to attract diverse students from a broad range of backgrounds. Diversity is important for many reasons:

While all the benefits described have been demonstrated repeatedly on campuses all across the country in study after study, some problems still remain. Society changes slowly, and sadly, many students in some areas, including gay and lesbian students, students with disabilities, and many minority students, still feel marginalized in the dominant culture of their campuses. Even in a country that elected an African American president, racism exists in many places. Women still earn less than men in the same jobs. Thus society as a whole, and colleges in particular, need to continue to work to destroy old stereotypes and achieve a full acceptance of our human differences.

Multiculturalism involves accepting and respecting the ideas, feelings, behaviors, and experiences of people different from oneself. America has always included a great diversity of ideas, attitudes, and behaviors. For example, the constitutional separation of church and state guarantees that people of all religions have the same freedoms and rights for worship and religious behavior. Other laws guarantee the equal rights of all people regardless of skin color, gender, age, and other differences.

Colleges similarly make commitments to ensure they respect and value differences among people and promote a wide understanding of such differences. The Diversity Council at Monroe Community College helps all students not only accept and understand differences among students of varied backgrounds but also celebrate the benefits diversity provides for all.

While we should be careful not to stereotype individuals or whole cultures, it is important to be aware of potential differences among cultures when interacting with other people. For example, body language often has different meanings in different cultures. Understanding such differences can help you better understand your interaction with others. Here are a few examples:

Read each of the following scenarios quickly and respond immediately without stopping to think. There are no right or wrong answers.

Scenario 1. You are walking home down a dark sidewalk when ahead you see three people standing around. Something about the way they are hanging out makes you a little frightened to walk past them. Be honest with yourself: what did you just imagine these people looked like? Why do think you might have associated this particular mental picture with the emotion of feeling frightened?
Scenario 2. In a café on campus, you see a student from another country sitting alone. Since this is someone you know casually from a class, you walk over and are just about to ask if you can join him, when two other students also from his country appear and sit down with him. You hesitate. Would you have hesitated if this person had the same cultural background as you? What makes this situation different? As you hesitate, you overhear them conversing in a language other than English. Be honest with yourself: how does that make you feel now?
Scenario 3. A couple you know invites you to join them and one of their friends, whom you have not met, to go to the movies and dinner on a “double date.”  When you meet them outside the theater, you see that their friend, your date, is of a race different from your own. Are you surprised or shocked? What is your first reaction? Do you anticipate any more difficulty making conversation with your date than with anyone else whom you have just met? Should your friends have told you in advance? Why or why not? If they had told you, would that have made any difference? Explain.

Now think for a minute about how you responded in these scenarios. Did your mental image in the first scenario involve a negative stereotype? What images in the media or society might have contributed to that response? The second and third scenarios involve simple situations in which you couldn’t help but note some difference between you and another person. What might you feel in such situations in real life? Again, there is no right answer, and an awareness of differences is normal and natural even if it may cause some discomfort at first. On the other hand, if you have had significant experiences with diverse others, you might have read these scenarios and simply wondered, “So what? What’s the big deal?” It’s worthwhile thinking about what that means.

Steps we can take to further value diversity include the following:

Honor differences among people. Some people try so hard to avoid stereotyping that they go to the other extreme and try to avoid seeing any differences at all among people, but as we have seen throughout this chapter, people are different in many ways. We should accept that truth if we are to experience the benefits of diversity.

Avoid generalizations about individuals. As an extension of not stereotyping any group, also don’t think of any individual person in terms of group characteristics. People are individuals first, members of a group second. Be open minded and treat everyone with respect as an individual with his or her own ideas, attitudes, and preferences.

Develop cultural sensitivity for communication. Realize that your words may not mean quite the same thing in different cultural contexts or to individuals from different backgrounds. You should generally avoid slang words until you are sure the other person will know what you mean, and never try to use expressions you think are common in the cultural group of the person you are speaking with. Similarly, since body language often varies among different cultures, avoid strong gestures until the responses of the other person signify he or she will not misinterpret the messages sent by your body language.

Take advantage of campus opportunities to increase your cultural awareness. Your college likely has multiculturalism courses or workshops you can sign up for. Special events, cultural fairs and celebrations, concerts, and other programs are held frequently on most campuses. There may also be opportunities to participate in group travel to other countries or regions of cultural diversity.

Take the initiative in social interactions. Even when we’re open minded and want to learn about others different from ourselves, it often seems easier and more comfortable to interact with others of the same age, cultural group, and so on. If we don’t make efforts to meet others, however, we miss a great opportunity to learn and broaden our horizons. Next time you’re looking around for someone to ask about a class you missed or to study together for a test or group project, choose someone different from you in some way. Making friends with others of different backgrounds is often one of the most fulfilling experiences of college students.

Take a Stand against Prejudice and Hate

Unfortunately prejudice and hate still exist in America, even on college campuses. All campuses have policies against all forms of prejudice and discriminatory behaviors, but fighting prejudice and hate is the responsibility of all citizens who take seriously the American value of equality for all people.

The following are some things you as a college student can do to take a stand:

If you yourself experience prejudice or discrimination related to your race or ethnicity, gender, age, disability, sexual orientation, religion, or any other aspect of diversity, don’t just try to ignore it or accept it as something that cannot be changed. As discussed earlier, college students can do much to minimize intolerance on campus. Many overt forms of discrimination are  illegal and against college policies. You owe it to yourself to report it to the appropriate college authority.

You can also attack prejudice in other ways. Join a campus organization that works to reduce prejudice or start a new group and discuss ways you can confront the problem and work for a solution. Seek solidarity with other groups. Organize positive celebrations and events to promote understanding. Write an article for a campus publication explaining the values of diversity and condemning intolerance.

What if you are directly confronted by an individual or group making racist or other discriminatory remarks? In an emotionally charged situation, rational dialogue may be difficult or impossible, and a shouting match or name-calling seldom is productive. If the person may have made an offensive remark inadvertently or because of a misunderstanding, then you may be able to calmly explain the problem with what they said or did. Hopefully the person will apologize and learn from the experience, but if the person made the remark or acted that way intentionally, confronting this negative person directly may be difficult and not have a positive outcome. Most important, take care that the situation does not escalate in the direction of violence. Reporting the incident instead to college authorities may better serve the larger purpose of working toward harmony and tolerance.