Adolescence is a socially constructed concept. In pre-industrial society, children were considered adults when they reached physical maturity, but today we have an extended time between childhood and adulthood called adolescence. Adolescence is the period of development that begins at puberty and ends at emerging adulthood, which is discussed later. In the United States, adolescence is seen as a time to develop independence from parents while remaining connected to them (Figure 1). The typical age range of adolescence is from 12 to 18 years, and this stage of development also has some predictable physical, cognitive, and psychosocial milestones.

The adolescent brain also remains under development. Up until puberty, brain cells continue to bloom in the frontal region. Adolescents engage in increased risk-taking behaviors and emotional outbursts possibly because the frontal lobes of their brains are still developing (Figure 2). Recall that this area is responsible for judgment, impulse control, and planning, and it is still maturing into early adulthood (Casey, Tottenham, Liston, & Durston, 2005). 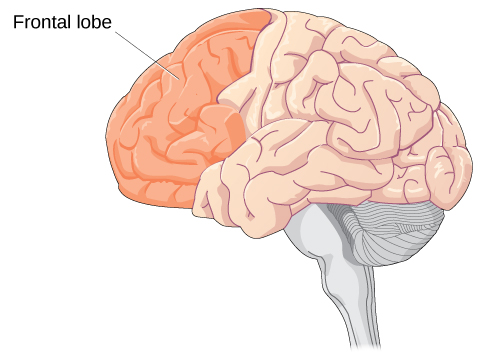 According to neuroscientist Jay Giedd in the Frontline video “Inside the Teenage Brain” (2013), “It’s sort of unfair to expect [teens] to have adult levels of organizational skills or decision-making before their brains are finished being built.” Watch this segment on “The Wiring of the Adolescent Brain” to find out more about the developing brain during adolescence.

1. What is emerging adulthood and what are some factors that have contributed to this new stage of development?

Show Answer
Emerging adulthood is a relatively new period of lifespan development from 18 years old to the mid-20s, characterized as a transitional time in which identity exploration focuses on work and love. According to Arnett, changing cultural expectations facilitate the delay to full adulthood. People are spending more time exploring their options, so they are delaying marriage and work as they change majors and jobs multiple times, putting them on a much later timetable than their parents.

2. Would you describe your experience of puberty as one of pride or embarrassment? Why?