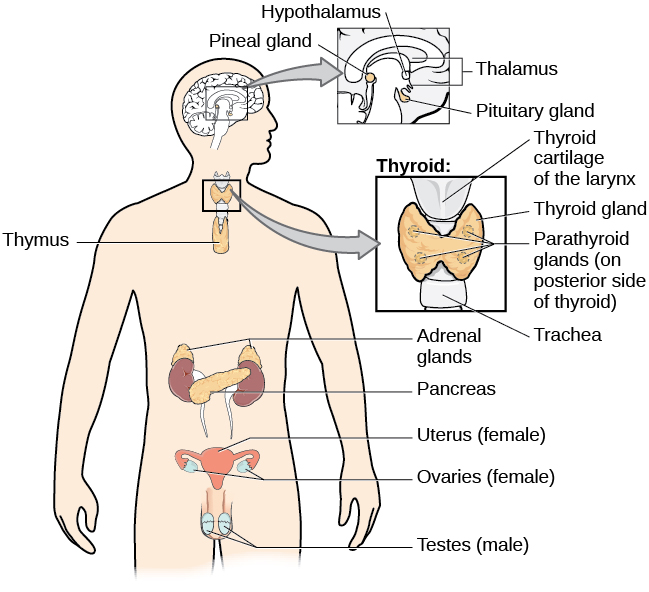 Figure 1. The major glands of the endocrine system are shown.

Baseball player Alex Rodriguez (A-Rod) has been at the center of a media storm regarding his use of illegal PEDs. Rodriguez’s performance on the field was unparalleled while using the drugs; his success played a large role in negotiating a contract that made him the highest paid player in professional baseball. Although Rodriguez maintains that he has not used PEDs for several years, he received a substantial suspension in 2013 that, if upheld, will cost him more than 20 million dollars in earnings (Gaines, 2013). What are your thoughts on athletes and doping? Why or why not should the use of PEDs be banned? What advice would you give an athlete who was considering using PEDs?

Show Answer
The introduction of relatively low, yet constant, levels of gonadal hormones places the hypothalamus and pituitary under inhibition via negative feedback mechanisms. This prevents the alterations in both estrogen and progesterone concentrations that are necessary for successful ovulation and implantation.

Show Answer
Both systems involve chemical messengers that must interact with receptors in order to have an effect. The relative proximity of the release site and target tissue varies dramatically between the two systems. In neurotransmission, reuptake and enzymatic breakdown immediately clear the synapse. Metabolism of hormones must occur in the liver. Therefore, while neurotransmission is much more rapid in signaling information, hormonal signaling can persist for quite some time as the concentrations of the hormone in the bloodstream vary gradually over time.

adrenal gland: sits atop our kidneys and secretes hormones involved in the stress response
diabetes: disease related to insufficient insulin production
endocrine system: series of glands that produce chemical substances known as hormones
gonad: secretes sexual hormones, which are important for successful reproduction, and mediate both sexual motivation and behavior
hormone: chemical messenger released by endocrine glands
pancreas: secretes hormones that regulate blood sugar
pituitary gland: secretes a number of key hormones, which regulate fluid levels in the body, and a number of messenger hormones, which direct the activity of other glands in the endocrine system
thyroid: secretes hormones that regulate growth, metabolism, and appetite
Licenses and Attributions
CC licensed content, Shared previously