Perhaps the single greatest musical development of the Baroque period is the creation a new genre of vocal music: opera. As with most genres in this era, opera undergoes significant stylistic evolution from its origins in the early 1600s to the opera seria of Handel in the 1730s. Please pay special attention to the following terms (if you would like to learn more about them, follow the links): libretto, recitative (both forms: secco and accompagnato), and aria.

Opera (English plural: operas; Italian plural: opere) is an art form in which singers and musicians perform a dramatic work combining text (called a libretto) and musical score, usually in a theatrical setting. Opera incorporates many of the elements of spoken theatre, such as acting, scenery, and costumes and sometimes includes dance. The performance is typically given in an opera house, accompanied by an orchestra or smaller musical ensemble. 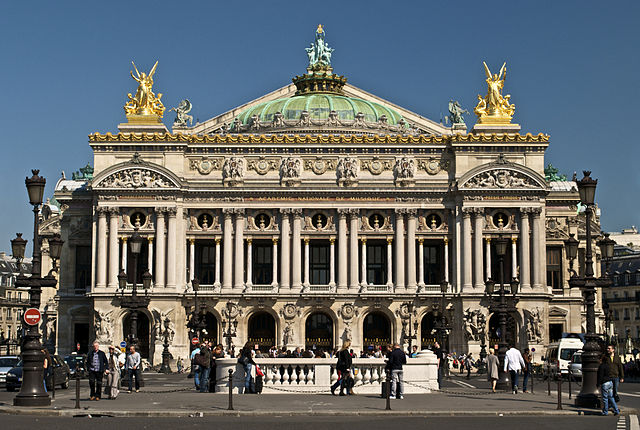 Figure 1. The Palais Garnier of the Paris Opéra, one of the world’s most famous opera houses

Opera is part of the Western classical music tradition. It started in Italy at the end of the 16th century (with Jacopo Peri’s lost Dafne, produced in Florence in 1598) and soon spread through the rest of Europe: Schütz in Germany, Lully in France, and Purcell in England all helped to establish their national traditions in the seventeenth century. In the eighteenth century, Italian opera continued to dominate most of Europe (except France), attracting foreign composers such as Handel. Opera seria was the most prestigious form of Italian opera, until Gluckreacted against its artificiality with his “reform” operas in the 1760s. Today the most renowned figure of late 18th century opera is Mozart, who began with opera seria but is most famous for his Italian comic operas, especially The Marriage of Figaro (Le Nozze Di Figaro), Don Giovanni, and Così fan tutte, as well as The Magic Flute (Die Zauberflöte), a landmark in the German tradition.

The words of an opera are known as the libretto (literally “little book”). Some composers, notably Richard Wagner, have written their own libretti; others have worked in close collaboration with their librettists, e.g. Mozart with Lorenzo Da Ponte. Traditional opera, often referred to as “number opera,” consists of two modes of singing: recitative, the plot-driving passages sung in a style designed to imitate and emphasize the inflections of speech, and aria (an “air” or formal song) in which the characters express their emotions in a more structured melodic style. Duets, trios and other ensembles often occur, and choruses are used to comment on the action. In some forms of opera, such as Singspiel, opéra comique,operetta, and semi-opera, the recitative is mostly replaced by spoken dialogue. Melodic or semi-melodic passages occurring in the midst of, or instead of, recitative, are also referred to as arioso. During the Baroque and Classical periods, recitative could appear in two basic forms: secco (dry) recitative, sung with a free rhythm dictated by the accent of the words, accompanied only by continuo, which was usually a harpsichord and a cello; or accompagnato (also known as strumentato) in which the orchestra provided accompaniment. By the nineteenth century, accompagnato had gained the upper hand, the orchestra played a much bigger role, and Richard Wagner revolutionised opera by abolishing almost all distinction between aria and recitative in his quest for what he termed “endless melody.” Subsequent composers have tended to follow Wagner’s example, though some, such as Stravinsky in his The Rake’s Progress have bucked the trend. The terminology of the various kinds of operatic voices is described in detail below.

The Italian word opera means “work,” both in the sense of the labour done and the result produced. The Italian word derives from the Latin opera, a singular noun meaning “work” and also the plural of the noun opus. According to the Oxford English Dictionary, the Italian word was first used in the sense “composition in which poetry, dance, and music are combined” in 1639; the first recorded English usage in this sense dates to 1648.

Dafne by Jacopo Peri was the earliest composition considered opera, as understood today. It was written around 1597, largely under the inspiration of an elite circle of literate Florentine humanists who gathered as the “Camerata de’ Bardi.” Significantly, Dafne was an attempt to revive the classical Greek drama, part of the wider revival of antiquity characteristic of the Renaissance. The members of the Camerata considered that the “chorus” parts of Greek dramas were originally sung, and possibly even the entire text of all roles; opera was thus conceived as a way of “restoring” this situation. Dafne is unfortunately lost. A later work by Peri, Euridice, dating from 1600, is the first opera score to have survived to the present day. The honour of being the first opera still to be regularly performed, however, goes to Claudio Monteverdi’s L’Orfeo, composed for the court of Mantua in 1607. The Mantua court of the Gonzagas, employers of Monteverdi, played a significant role in the origin of opera employing not only court singers of the concerto delle donne (till 1598), but also one of the first actual “opera singers”: Madama Europa. 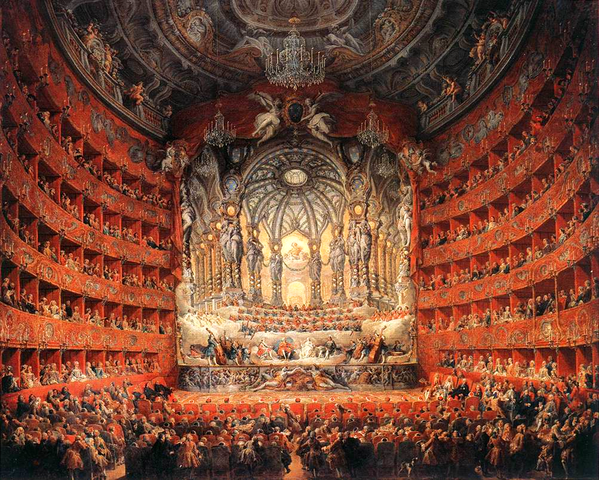 Opera did not remain confined to court audiences for long. In 1637, the idea of a “season” (Carnival) of publicly attended operas supported by ticket sales emerged in Venice. Monteverdi had moved to the city from Mantua and composed his last operas, Il ritorno d’Ulisse in patria and L’incoronazione di Poppea, for the Venetian theatre in the 1640s. His most important follower Francesco Cavalli helped spread opera throughout Italy.

In these early Baroque operas, broad comedy was blended with tragic elements in a mix that jarred some educated sensibilities, sparking the first of opera’s many reform movements, sponsored by the Arcadian Academy, which came to be associated with the poet Metastasio, whose libretti helped crystallize the genre of opera seria, which became the leading form of Italian opera until the end of the eighteenth century. Once the Metastasian ideal had been firmly established, comedy in Baroque-era opera was reserved for what came to be called opera buffa. Before such elements were forced out of opera seria, many libretti had featured a separately unfolding comic plot as sort of an “opera-within-an-opera.” One reason for this was an attempt to attract members of the growing merchant class, newly wealthy, but still not as cultured as the nobility, to the public opera houses. These separate plots were almost immediately resurrected in a separately developing tradition that partly derived from the commedia dell’arte, a long-flourishing improvisatory stage tradition of Italy.

Just as intermedi had once been performed in-between the acts of stage plays, operas in the new comic genre of “intermezzi,” which developed largely in Naples in the 1710s and ’20s, were initially staged during the intermissions of opera seria. They became so popular, however, that they were soon being offered as separate productions.

Opera seria was elevated in tone and highly stylised in form, usually consisting of secco recitative interspersed with long da capo arias. These afforded great opportunity for virtuosic singing and during the golden age of opera seria the singer really became the star. The role of the hero was usually written for the castrato voice; castrati such as Farinelli and Senesino, as well as female sopranos such as Faustina Bordoni, became in great demand throughout Europe as opera seria ruled the stage in every country except France. Indeed, Farinelli was one of the most famous singers of the eighteenth century. Italian opera set the Baroque standard. Italian libretti were the norm, even when a German composer like Handelfound himself composing the likes of Rinaldo and Giulio Cesare for London audiences. Italian libretti remained dominant in the classical period as well, for example in the operas of Mozart, who wrote in Vienna near the century’s close. Leading Italian-born composers of opera seria include Alessandro Scarlatti, Vivaldi and Porpora.