The final aria from Purcell’s Dido and Aeneas, often referred to as “Dido’s Lament,” is one of your listening pieces for the Baroque. While scholars and fans of opera would know exactly what piece is indicated by the popular label “Dido’s Lament,” recitatives and arias are technically titled according to their first line—in this case, “When I am laid in earth.”

This aria is unquestionably among the most beautiful arias in the operatic literature. It features an ostinato in the continuo part, known as a “ground bass,” and is an example of how an aria does not advance the plot, but focuses on the expression of emotion. Your listening example begins with the short recitative “Thy hand Belinda,” and then proceeds with the aria.

Before Dido and Aeneas, Purcell composed music for several stage works, including nine pieces for Nathaniel Lee’s Theodosius, or The Force of Love (1680) and eight songs for Thomas d’Urfey’s A Fool’s Preferment (1688). He also composed songs for two plays by Nahum Tate (later the librettist of Dido and Aeneas), The Sicilian Usurper (1680) and Cuckold-Haven (1685). Dido and Aeneas was Purcell’s first (and only) all-sung opera and derives from the English masque tradition.

Originally based on Nahum Tate’s play Brutus of Alba, or The Enchanted Lovers (1678), the opera is likely, at least to some extent, to be allegorical. The prologue refers to the joy of a marriage between two monarchs, which could refer to the marriage between William and Mary. In a poem of about 1686, Tate alluded to James II as Aeneas, who is misled by the evil machinations of the Sorceress and her witches (representing Roman Catholicism, a common metaphor at the time) into abandoning Dido, who symbolises the British people. The same symbolism may apply to the opera. This explains the addition of the characters of the Sorceress and the witches, which do not appear in the original Aeneid. It would be noble, or at least acceptable, for Aeneas to follow the decree of the Gods, but not so acceptable for him to be tricked by ill-meaning spirits.

Although the opera is a tragedy, there are numerous seemingly lighter scenes, such as the First Sailor’s song, “Take a boozy short leave of your nymphs on the shore, and silence their mourning with vows of returning, though never intending to visit them more.” Harris considers the callousness and cynicism of the song to underline the “moral” of the story, that young women should not succumb to the advances and promises of ardent young men.

No score in Purcell’s hand is extant, and the only seventeenth-century source is a libretto, possibly from the original performance. The earliest extant score, held in the Bodleian Library, was copied no earlier than 1750, well over sixty years after the opera was composed. No later sources follow the act divisions of the libretto, and the music to the prologue is lost. The prologue, the end of the act 2 ‘Grove’ scene, and several dances, were almost certainly lost when the opera was divided into parts to be performed as interludes between the acts of spoken plays in the first decade of the eighteenth century.

The first of the arias to be published separately was “Ah, Belinda” in Orpheus Britannicus. The most famous aria of the work is “When I am laid in earth,” popularly known as “Dido’s Lament.” Both arias are formed on a lamento ground bass. “Dido’s Lament” has been performed or recorded by artists far from the typical operatic school, such as Klaus Nomi (as “Death”), Ane Brun and Jeff Buckley. It has also been transcribed or used in many scores, including the soundtrack to the HBO miniseries Band of Brothers (renamed “Nixon’s Walk”). It is played annually by a military band at the Cenotaph remembrance ceremony, which takes place on the Sunday nearest to 11 November (Armistice Day) in London’s Whitehall.

The music is thought by some to be too simple for Purcell in 1689, but this may simply reflect that the intended performers were schoolchildren. The work is scored for four-part strings and continuo. The fact that the libretto from the Chelsea School performance indicates two dances for guitar, the “Dance Gittars Chacony” in act 1, and the “Gittar Ground a Dance” in the Grove scene of act 2, has led one scholar to suggest that Purcell envisioned a guitar as a primary member of the continuo group for the opera. Music for neither of these dances is extant, and it seems likely that Purcell did not compose them, but rather left them to be improvised by the guitarist. Several editions of the opera have been made and have been provided with a continuo realisation; a notable, if rather idiosyncratic edition being that made by Imogen Holst and Benjamin Britten. There are a number of editions with realisations, and the opera’s accessibility to amateur performers is a feature that has greatly abbetted the growth of its popularity in the latter half of the twentieth century. While the Prologue’s music has been lost and has not been reconstructed, several realisations of the opera include a solution to the missing ritornello at the end of the second act. Known to have been part of the score, it is now performed as a dance taken from other, similar works by Purcell, or invented outright in the same vein, to keep the integrity and continuity of the performance. 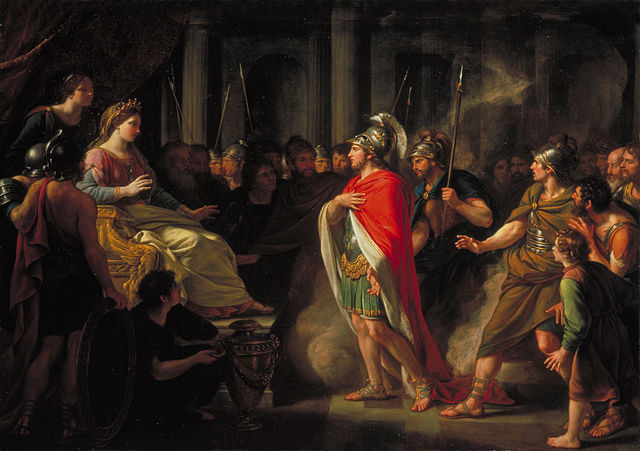 Figure 1. The Meeting of Dido and Aeneas by Nathaniel Dance-Holland

The opera opens with Dido in her court with her attendants. Belinda is trying to cheer up Dido, but Dido is full of sorrow, saying “Peace and I are strangers grown.” Belinda believes the source of this grief to be the Trojan Aeneas, and suggests that Carthage’s troubles could be resolved by a marriage between the two. Dido and Belinda talk for a time—Dido fears that her love will make her a weak monarch, but Belinda and the Second Woman reassure her that “The hero loves as well.” Aeneas enters the court, and is at first received coldly by Dido, but she eventually accepts his proposal of marriage.

Scene 1: The cave of the Sorceress

The Sorceress/Sorcerer is plotting the destruction of Carthage and its queen, and summons companions to help with evil plans. The plan is to send her “trusted elf” disguised as Mercury, someone to whom Aeneas will surely listen, to tempt him to leave Dido and sail to Italy. This would leave Dido heartbroken, and she would surely die. The chorus join in with terrible laughter, and the Enchantresses decide to conjure up a storm to make Dido and her train leave the grove and return to the palace. When the spell is prepared, the witches vanish in a thunderclap.

Scene 2: A grove during the middle of a hunt

The Sorceress’ messenger, in form of Mercury, attempts to convince Aeneas to leave Carthage.

Dido and Aeneas are accompanied by their train. They stop at the grove to take in its beauty. A lot of action is going on, with attendants carrying goods from the hunt and a picnic possibly taking place, and Dido and Aeneas are together within the activity. This is all stopped when Dido hears distant thunder, prompting Belinda to tell the servants to prepare for a return to shelter as soon as possible. As every other character leaves the stage, Aeneas is stopped by the Sorceress’s elf, who is disguised as Mercury. This pretend Mercury brings the command of Jove that Aeneas is to wait no longer in beginning his task of creating a new Troy on Latin soil. Aeneas consents to the wishes of what he believes are the gods, but is heart-broken that he will have to leave Dido. He then goes off-stage to prepare for his departure from Carthage.

The harbour at Carthage

Preparations are being made for the departure of the Trojan fleet. The sailors sing a song, which is followed shortly by the Sorceress and her companions’ sudden appearance. The group is pleased at how well their plan has worked, and the Sorceress sings a solo describing her further plans for the destruction of Aeneas “on the ocean.” All the characters begin to clear the stage after a dance in three sections, and then disperse.

Dido and Belinda enter, shocked at Aeneas’ disappearance. Dido is distraught and Belinda comforts her. Suddenly Aeneas returns, but Dido is full of fear before Aeneas speaks, and his words only serve to confirm her suspicions. She derides his reasons for leaving, and even when Aeneas says he will defy the gods and not leave Carthage, Dido rejects him for having once thought of leaving her. After Dido forces Aeneas to leave, she states that “Death must come when he is gone.” The opera and Dido’s life both slowly come to a conclusion, as the Queen of Carthage sings her last aria, “When I am laid in Earth,” also known as “Dido’s Lament.” The chorus and orchestra then conclude the opera once Dido is dead by ordering the “cupids to scatter roses on her tomb, soft and gentle as her heart. Keep here your watch, and never never never part.”