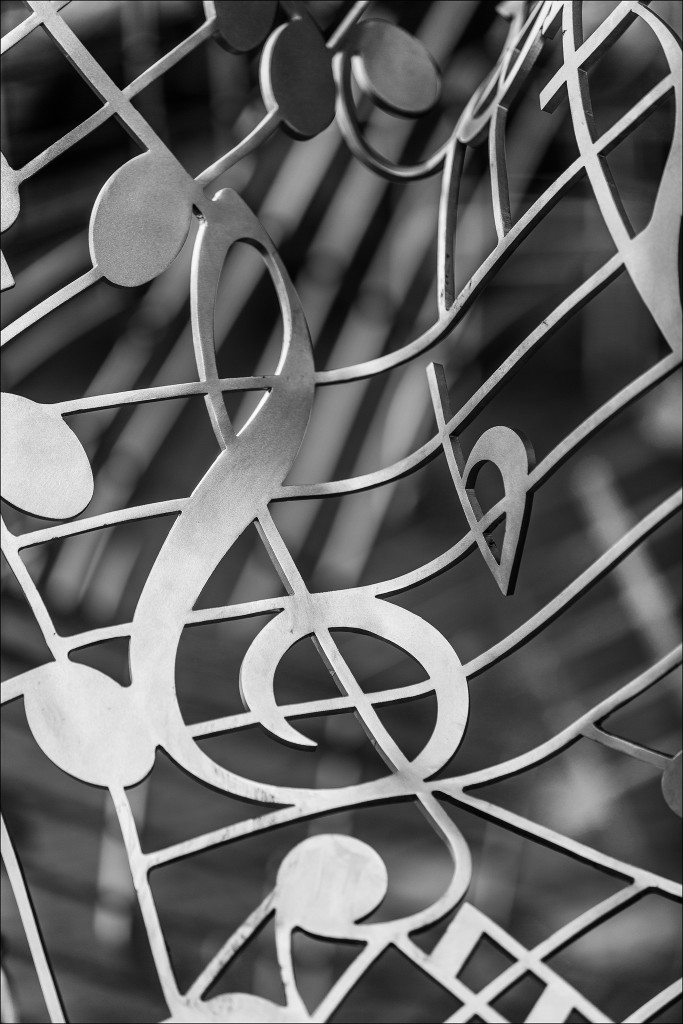 A musical ensemble, also known as a music group, is a group of people who perform instrumental or vocal music, typically known by a distinct name. In classical music, trios or quartets either blend the sounds of musical instrument families (such as piano, strings, and wind instruments) or group together instruments from the same instrument family, such as string ensembles or wind ensembles. In jazz ensembles, the instruments typically include wind instruments (one or more saxophones, trumpets, etc.), one or two chordal “comping” instruments (electric guitar, piano, or organ), a bass instrument (bass guitar or double bass), and a drummer or percussionist. In rock ensembles, usually called rock bands, there are usually guitars and keyboards (piano, electric piano, Hammond organ, synthesizer, etc.) and a rhythm section made up of a bass guitar and drum kit.

In Western classical music, smaller ensembles are called chamber music ensembles. The terms duet, trio, quartet,quintet, sextet, septet, octet, nonet and dectet describe groups of two up to ten musicians, respectively. A group of eleven musicians, such as found in The Carnival of the Animals, is called either a hendectet or an undectet. A solo is not an ensemble because it only contains one musician.

A duet is a musical composition for two performers in which the performers have equal importance to the piece. It is often used to describe a composition involving two singers. It differs from a harmony, as the performers take turns performing a solo section rather than performing simultaneously. In classical music, the term is most often used for a composition for two singers or pianists. A piece performed by two pianists performing together on the same piano is referred to as “piano duet” or “piano four hands.” A piece for two pianists performing together on separate pianos is referred to as a “piano duo.”

Though the following performance is lengthy, please view the first 5–10 minutes to appreciate how the piano and violin work together to create drama in Beethoven’s Sonata No.9 Op. 47, with Anne-Sophie Mutter on violin and Lambert Orkis on piano.

In general, “trio” denotes a group of three solo instruments or voices. The term is also used to describe a composition for such a group. The most common types of such compositions are the “piano trio”— piano, violin and cello—and the “string trio”—violin, viola and cello.

Please listen to Mozart’s Piano Trio in B Flat Major, in which you will hear the piano present the first thematic material, with each phrase answered by the violin. The violin departs first, elaborating on its own melody, followed by the piano. The cello provides structure as a bass instrument, giving a few melodic ideas.

Listen to the following string quartet by Beethoven:

The string quintet is a common type of group. It is similar to the string quartet, but with an additional viola, cello, or more rarely, the addition of a double bass. Terms such as “piano quintet” or “clarinet quintet” frequently refer to a string quartet plus a fifth instrument. Mozart’s “Clarinet Quintet” is similarly a piece written for an ensemble consisting of two violins, a viola, a cello, and a clarinet—the last being the exceptional addition to a “normal” string quartet.

Listen to the following wind quintet by Carl Nielsen:

A sextet (or hexad) is a formation containing exactly six members. It is commonly associated with vocal or musical instrument groups, but can be applied to any situation where six similar or related objects are considered a single unit.

A septet is a formation containing exactly seven members. It is commonly associated with musical groups, but can be applied to any situation where seven similar or related objects are considered a single unit, such as a seven-line stanza of poetry. Septets are typically mixed ensembles with different combinations of violin, viola, cello, bass, horn, bassoon, and clarinet. 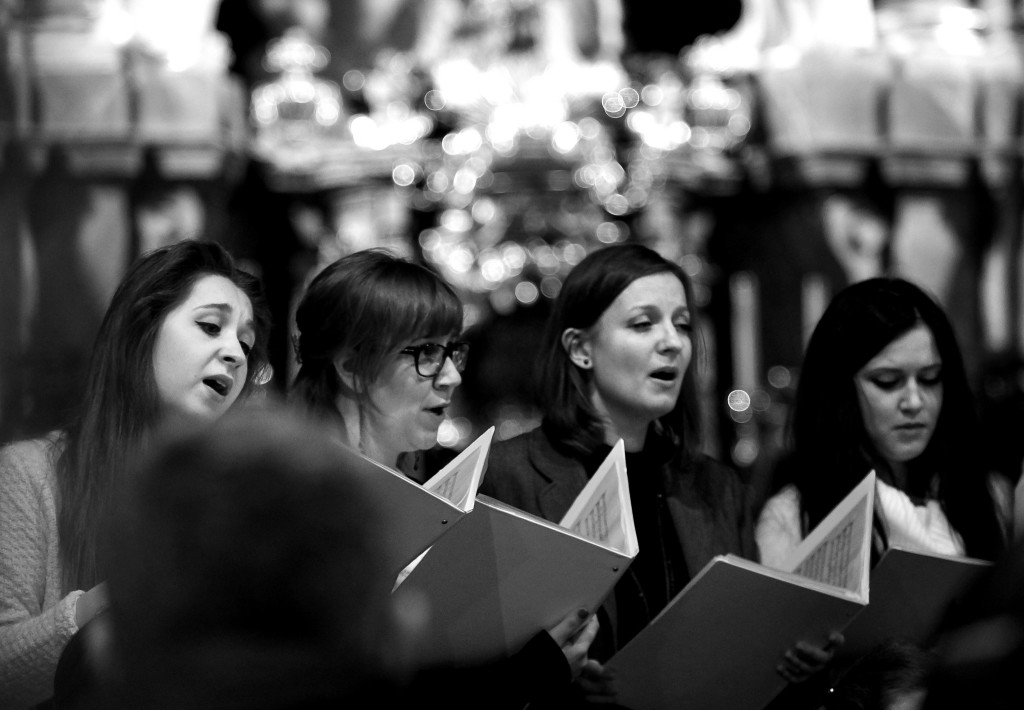 A group of singers who perform together as a group is called a choir or chorus. The former term is very often applied to groups affiliated with a church (whether or not they actually occupy the choir) and the second to groups that perform in theaters or concert halls, but this distinction is far from rigid.

The term “choir” has the secondary definition of a subset of an ensemble; thus one speaks of the “woodwind choir” of an orchestra, or different “choirs” of voices and/or instruments in a polychoral composition. In typical eighteenth- to twenty-first-century oratorios and masses, chorus or choir is usually understood to imply more than one singer per part, in contrast to the quartet of soloists also featured in these works.

Choirs can sing with or without instrumental accompaniment. Singing without accompaniment is called a cappella singing (although the American Choral Directors Association discourages this usage in favor of “unaccompanied,” since a cappella denotes singing “as in the chapel” and much unaccompanied music today is secular). Accompanying instruments vary widely, from only one to a full orchestra; for rehearsals a piano or organ accompaniment is often used, even if a different instrumentation is planned for performance, or if the choir is rehearsing unaccompanied music.