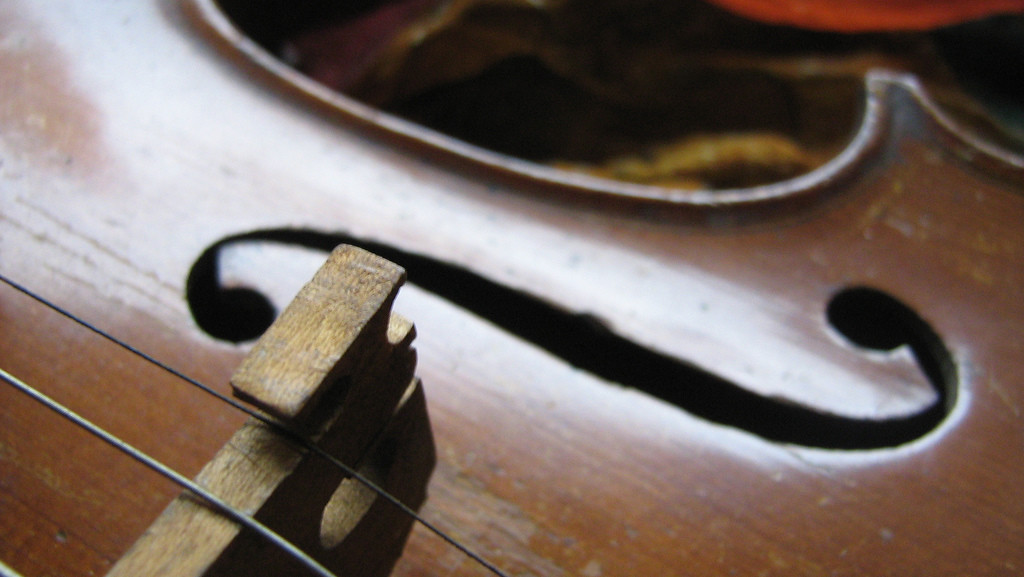 In the late sixteenth century there was often no clear distinction made between a concerto and a sinfonia. Both of these terms were even used throughout the seventeenth century, in Italy, to describe vocal music with instrumental accompaniment; Giovanni Gabrieli published motets using either of these terms indiscriminately.

Starting at about 1675, composers started to write works for divided orchestra, often called concerto grosso. The smaller division, which was effectively a group of soloists, was referred to in these works as the concertino and the accompanying instruments were called the ripieno, while tutti was used to indicate the two groups playing simultaneously.

The concerto grosso is a form of baroque music in which the musical material is passed between a small group of soloists (the concertino) and full orchestra (the ripieno or concerto grosso). This is in contrast to the solo concerto (discussed below), which features a single solo instrument with the melody line, accompanied by the orchestra.

The form developed in the late seventeenth century, although the name was not used at first. Alessandro Stradella seems to have written the first music in which two groups of different sizes are combined in the characteristic way. The name was first used by Giovanni Lorenzo Gregori in a set of ten compositions published in Lucca in 1698.

The first major composer to use the term concerto grosso was Arcangelo Corelli. After Corelli’s death, a collection of twelve of his concertos grossi was published; not long after, composers such as Francesco Geminiani, Pietro Locatelli, and Giuseppe Torelli wrote concertos in the style of Corelli. He also had a strong influence on Antonio Vivaldi.

Corelli’s concertino group was invariably two violins and a cello, with a string section as ripieno group. Both were accompanied by a basso continuo with some combination of harpsichord, organ, lute or theorbo. Handel wrote several collections of concertos grossi, and several of the Brandenburg Concertos by Bach also loosely follow the concerto grosso form.

The concerto grosso form was superseded by the solo concerto and the sinfonia concertante in the late eighteenth century, and new examples of the form did not appear for more than a century. In the twentieth century, the concerto grosso has been used by composers such as Igor Stravinsky, Ernest Bloch, Ralph Vaughan Williams, Bohuslav Martinů, Malcolm Williamson, Henry Cowell,Alfred Schnittke, William Bolcom, Heitor Villa-Lobos, Andrei Eshpai, Eino Tamberg, Krzysztof Penderecki, Jean Françaix and Philip Glass. While Edward Elgar may not be considered a modern composer, his romantic Introduction and Allegro strongly resembled the instrumentation setup of a concerto grosso.

Read about and listen to the Concerto Grosso in D by G. F. Handel here.

The Brandenburg Concertos, 1721, were presented to the Margrave of Brandenburg as part of J. S. Bach’s employment application. You can hear performances of Bach’s Concertos No. 2 and No. 5 below:

A solo concerto is a concerto in which a single soloist is accompanied by an orchestra. It is the most common type of concerto, and it originated during the baroque period (c. 1600–1750) as an alternative to the traditional concertino (solo group of instruments) in a concerto grosso.

A typical concerto has the following structure: 1. fast movement, 2. slow movement, 3. fast movement. There are many examples of concertos that do not follow this arrangement, however.

The earliest known solo concertos are nos. 6 and 12 of Giuseppe Torelli’s Op. 6 of 1698. These works employ both a three-movement cycle and clear (if diminutive) ritornello form like that of the ripieno concerto, except that sections for the soloist and continuo separate the orchestral ritornellos. Active in Bologna, Torelli would have known of the operatic arias and the numerous sonatas and sinfonias for trumpet and strings produced in Bologna since the 1660s. He himself composed more than a dozen such works for trumpet, two dated in the early 1690s. Other early violin concertos are the four in Tomaso Albinoni’s Op. 2 (1700) and the six in Torelli’s important Op. 8 (1709 – the other six works in this set are double concertos for two violins).

The most influential and prolific composer of concertos during the baroque period was the Venetian Antonio Vivaldi (1678–1741). In addition to his nearly 60 extant ripieno concertos, Vivaldi composed approximately 425 concertos for one or more soloists, including about 350 solo concertos (two-thirds for solo violin) and 45 double concertos (over half for two violins). Vivaldi’s concertos firmly establish the three-movement form as the norm. The virtuosity of the solo sections increases markedly, especially in the later works, and concurrently the texture becomes more homophonic.

Concertos for instruments other than violin began to appear early in the 18th century, including the oboe concertos of George Frideric Handel and the numerous concertos for flute, oboe, bassoon, cello, and other instruments by Vivaldi. The earliest organ concertos can probably be credited to Handel (sixteen concertos, c. 1735–51), the earliest harpsichord concertos to Johann Sebastian Bach (fourteen concertos for one to four harpsichords, c. 1735–40). In the latter case, all but probably one of the concertos are arrangements of existing works, though Bach had already approached the idea of a harpsichord concerto before 1721 in the Brandenburg Concerto No. 5.

You can hear J. S. Bach’s Violin Concerto in A minor below:

Listen to the Keyboard Concerto in F Minor by J. S. Bach here.

Vivaldi’s Four Seasons (1723) are comprised of four violin concertos, each of which is accompanied by a sonnet that was probably written by Vivaldi. The Four Seasons is an example of program music—music that attempts to describe extra-musical phenomena (in this case the four seasons) in musical terms.