The Opera Tradition in England 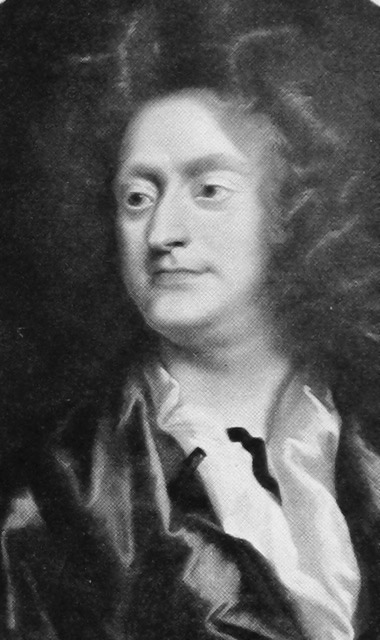 In England, opera’s antecedent was the seventeenth-century jig. This was an afterpiece that came at the end of a play. It was frequently libellous and scandalous and consisted in the main of dialogue set to music arranged from popular tunes. In this respect, jigs anticipate the ballad operas of the eighteenth century. At the same time, the French masque was gaining a firm hold at the English Court, with even more lavish splendor and highly realistic scenery than had been seen before. Inigo Jones became the quintessential designer of these productions, and this style was to dominate the English stage for three centuries. These masques contained songs and dances. In Ben Jonson’s Lovers Made Men (1617), “the whole masque was sung after the Italian manner, stilo recitativo.” The approach of the English Commonwealth closed theatres and halted any developments that may have led to the establishment of English opera. However, in 1656, the dramatist Sir William Davenant produced The Siege of Rhodes. Since his theatre was not licensed to produce drama, he asked several of the leading composers (Lawes, Cooke, Locke, Coleman and Hudson) to set sections of it to music. This success was followed by The Cruelty of the Spaniards in Peru (1658) and The History of Sir Francis Drake (1659). These pieces were encouraged by Oliver Cromwell because they were critical of Spain. With the English Restoration, foreign (especially French) musicians were welcomed back. In 1673, Thomas Shadwell’s Psyche, patterned on the 1671 “comédie-ballet” of the same name produced byMolière and Jean-Baptiste Lully. William Davenant produced The Tempest in the same year, which was the first musical adaption of a Shakespeare play (composed by Locke and Johnson). About 1683, John Blow composed Venus and Adonis, often thought of as the first true English-language opera.

Blow’s immediate successor was the better known Henry Purcell. Despite the success of his masterwork Dido and Aeneas (1689), in which the action is furthered by the use of Italian-style recitative, much of Purcell’s best work was not involved in the composing of typical opera, but instead he usually worked within the constraints of the semi-opera format, where isolated scenes and masques are contained within the structure of a spoken play, such as Shakespeare in Purcell’s The Fairy-Queen (1692) and Beaumont and Fletcher in The Prophetess (1690) and Bonduca (1696). The main characters of the play tend not to be involved in the musical scenes, which means that Purcell was rarely able to develop his characters through song. Despite these hindrances, his aim (and that of his collaborator John Dryden) was to establish serious opera in England, but these hopes ended with Purcell’s early death at the age of thirty-six. 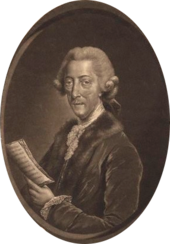 Following Purcell, the popularity of opera in England dwindled for several decades. A revived interest in opera occurred in the 1730s which is largely attributed to Thomas Arne, both for his own compositions and for alerting Handel to the commercial possibilities of large-scale works in English. Arne was the first English composer to experiment with Italian-style all-sung comic opera, with his greatest success being Thomas and Sally in 1760. His opera Artaxerxes (1762) was the first attempt to set a full-blown opera seria in English and was a huge success, holding the stage until the 1830s. Although Arne imitated many elements of Italian opera, he was perhaps the only English composer at that time who was able to move beyond the Italian influences and create his own unique and distinctly English voice. His modernized ballad opera, Love in a Village (1762), began a vogue for pastiche opera that lasted well into the nineteenth century. Charles Burney wrote that Arne introduced “a light, airy, original, and pleasing melody, wholly different from that of Purcell or Handel, whom all English composers had either pillaged or imitated.” 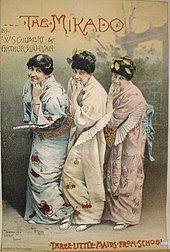 Besides Arne, the other dominating force in English opera at this time was George Frideric Handel, whose opera serias filled the London operatic stages for decades, and influenced most home-grown composers, like John Frederick Lampe, who wrote using Italian models. This situation continued throughout the eighteenth and nineteenth centuries, including in the work of Michael William Balfe, and the operas of the great Italian composers, as well as those of Mozart, Beethoven and Meyerbeer, continued to dominate the musical stage in England.

The only exceptions were ballad operas (see below), such as John Gay’s The Beggar’s Opera (1728), musical burlesques, European operettas, and late Victorian era light operas, notably the Savoy Operas of W. S. Gilbert and Arthur Sullivan, all of which types of musical entertainments frequently spoofed operatic conventions. Sullivan wrote only one grand opera, Ivanhoe (following the efforts of a number of young English composers beginning about 1876), but he claimed that even his light operas constituted part of a school of “English” opera, intended to supplant the French operettas (usually performed in bad translations) that had dominated the London stage from the mid-nineteenth century into the 1870s. London’s Daily Telegraph agreed, describing The Yeomen of the Guard as “a genuine English opera, forerunner of many others, let us hope, and possibly significant of an advance towards a national lyric stage.”

In the twentieth century, English opera began to assert more independence, with works of Ralph Vaughan Williams and in particular Benjamin Britten, who in a series of works that remain in standard repertory today, revealed an excellent flair for the dramatic and superb musicality. Today composers such as Thomas Adès continue to export English opera abroad. More recently Sir Harrison Birtwistle has emerged as one of Britain’s most significant contemporary composers from his first opera Punch and Judy to his most recent critical success in The Minotaur. In the first decade of the twenty-first century, the librettist of an early Birtwistle opera, Michael Nyman, has been focusing on composing operas, including Facing Goya, Man and Boy: Dada, and Love Counts.

The eighteenth century saw the development of the ballad opera, which has been called an “eighteenth-century protest against the Italian conquest of the London operatic scene.” It consists of racy and often satirical spoken (English) dialogue, interspersed with songs that are deliberately kept very short (mostly a single short stanza and refrain) to minimize disruptions to the flow of the story, which involves lower class, often criminal, characters, and typically shows a suspension (or inversion) of the high moral values of the Italian opera of the period.

It is generally accepted that the first ballad opera, and the one that was to prove the most successful, was The Beggar’s Opera of 1728. It had a libretto by John Gay and music arranged by Johann Christoph Pepusch, both of whom probably experienced vaudeville theatre in Paris, and may have been motivated to reproduce it in an English form. They were also probably influenced by the burlesques and musical plays of Thomas D’Urfey (1653–1723), who had a reputation for fitting new words to existing songs; a popular anthology of these settings was published in 1700 and frequently reissued. A number of the tunes from this anthology were recycled in The Beggar’s Opera.

Gay produced further works in this style, including a sequel to The Beggar’s Opera, Polly. Henry Fielding, Colley Cibber, Arne, Dibdin, Arnold, Shield, Jackson of Exeter, Hook and many others produced ballad operas that enjoyed great popularity. By the middle of the century, however, the genre was already in decline.

Although they featured the lower reaches of society, the audiences for these works were typically the London bourgeois. As a reaction to serious opera (at this time almost invariably sung in Italian), the music, for these audiences, was as satirical in its way as the words of the play. The plays themselves contained references to contemporary politics—in The Beggar’s Opera the character Peachum was a lampoon of Sir Robert Walpole. This satirical element meant that many of them risked censorship and banning—as was the case with Gay’s successor to The Beggar’s Opera, Polly.

The tunes of the original ballad operas were almost all pre-existing (somewhat in the manner of a modern “jukebox musical”): however they were taken from a wide variety of contemporary sources, including folk melodies, popular airs by classical composers (such as Purcell) and even children’s nursery rhymes. A significant source from which the music was drawn was the fund of popular airs to which eighteenth-century London broadside ballads are set. It is from this connection that the term “ballad opera” is drawn. This ragbag of “pre-loved” music is a good test for distinguishing between the original type of ballad opera and its later forms.

In 1736 the Prussian ambassador in England commissioned an arrangement in German of a popular ballad opera, The Devil to Pay, by Charles Coffey. This was successfully performed in Hamburg, Leipzig and elsewhere in Germany in the 1740s. A new version was produced by C. F. Weisse and Johann Adam Hiller in 1766. The success of this version was the first of many by these collaborators, who have been called (according to Grove) “the fathers of the German Singspiel.” (The storyline of The Devil to Pay was also adapted for Gluck for his 1759 French opera Le diable à quatre).

A later development, also often referred to as ballad opera, was a more “pastoral” form. In subject matter, especially, these “ballad operas” were antithetical to the more satirical variety. In place of the rag-bag of pre-existing music found in (for example) The Beggar’s Opera, the scores of these works consisted mainly of original music, although they not infrequently quoted folk melodies or imitated them. Isaac Bickerstaffe’s Love in a Village (1763) and Shield’s Rosina (1781) are typical examples. Interestingly, many of these works were introduced as after-pieces to performances of Italian operas.

Later in the century broader comedies such as Richard Brinsley Sheridan’s The Duenna and the innumerable works of Charles Dibdin moved the balance back towards the original style, but there was little remaining of the impetus of the satirical ballad opera.

English nineteenth-century opera is very heavily drawn from the “pastoral” form of the ballad opera, and traces even of the satiric kind can be found in the work of “serious” practitioners such as John Barnett. Much of the satiric spirit (albeit in a greatly refined form) of the original ballad opera can be found in Gilbert’s contribution to the Savoy operas of Gilbert and Sullivan, and the more pastoral form of ballad opera is imitated, or at least emulated, in one of Gilbert and Sullivan’s early works, The Sorcerer (1877). Balfe’s opera The Bohemian Girl (1843) is one of the few British Ballad operas of the 20th century to gain international recognition.

The Threepenny Opera of Kurt Weill and Bertolt Brecht (1928) is a reworking of The Beggar’s Opera, setting a similar story with the same characters, and containing much of the same satirical bite. On the other hand, it uses just one tune from the original—all the other music being specially composed, and thus omits one of the most distinctive features of the original ballad opera.

In a completely different vein, Hugh the Drover, an opera in two acts by Ralph Vaughan Williams first staged in 1924, is also sometimes referred to as a “ballad opera.” It is plainly much closer to Shield’s Rosina than to The Beggar’s Opera.

In the twentieth century folk singers have produced musical plays with folk or folk-like songs called “ballad operas.” Alan Lomax, Pete Seeger, Burl Ives, and others recorded The Martins and the Coys in 1944, and Peter Bellamyand others recorded The Transports in 1977. The first of these is in some ways connected to the “pastoral” form of the ballad opera, and the latter to the satiric Beggar’s Opera type, but in all they represent yet further reinterpretations of the term.

Ironically, it is in the musicals of Kander and Ebb—especially Chicago and Cabaret—that the kind of satire embodied in The Beggar’s Opera and its immediate successors is probably best preserved, although here, as in Weill’s version, the music is specially composed, unlike the first ballad operas of the eighteenth century.