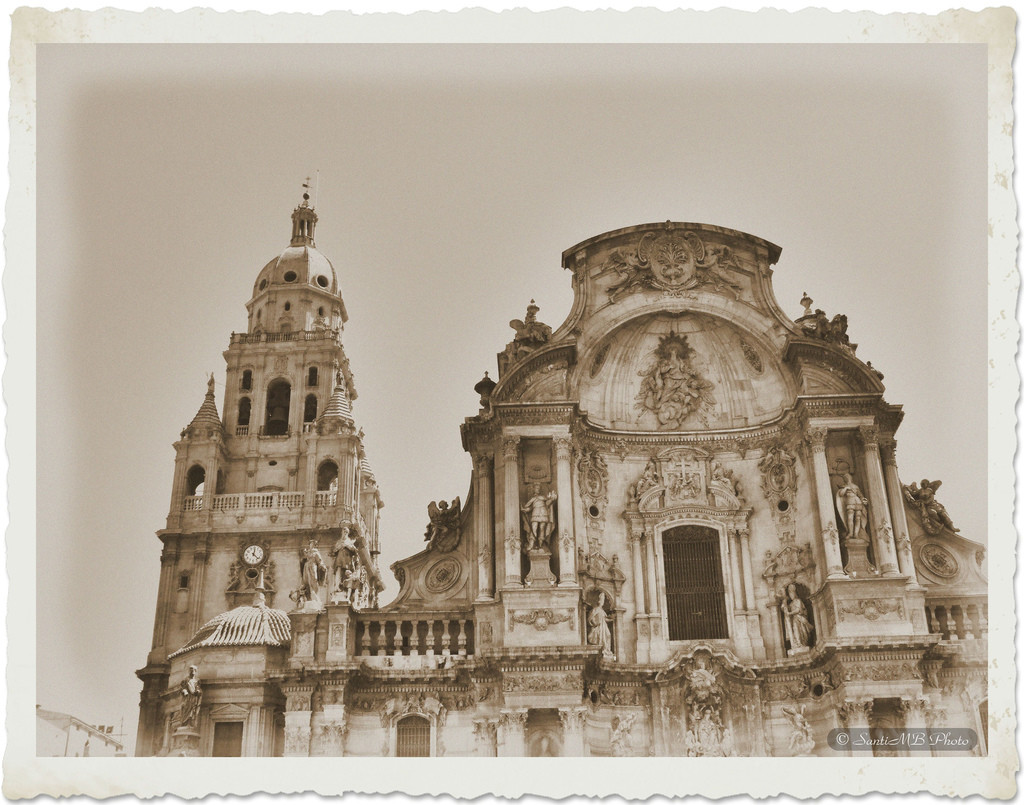 The Cathedral Church of Saint Mary in Murcia, Spain

The baroque era is often thought of as a period of artistic style that used exaggerated motion and clear, easily interpreted detail to produce drama, tension, exuberance, and grandeur in sculpture, painting, architecture, literature, dance, theater, and music. The style began around 1600 in Rome, Italy, and spread to most of Europe.

The popularity and success of the baroque style was encouraged by the Catholic Church, which had decided at the time of the Council of Trent, in response to the Protestant Reformation, that the arts should communicate religious themes in direct and emotional involvement. The aristocracy also saw the dramatic style of baroque architecture and art as a means of impressing visitors and expressing triumph, power and control. Baroque palaces are built around an entrance of courts, grand staircases and reception rooms of sequentially increasing opulence. However, “baroque” has resonance and application that extend beyond a simple reduction to either style or period.