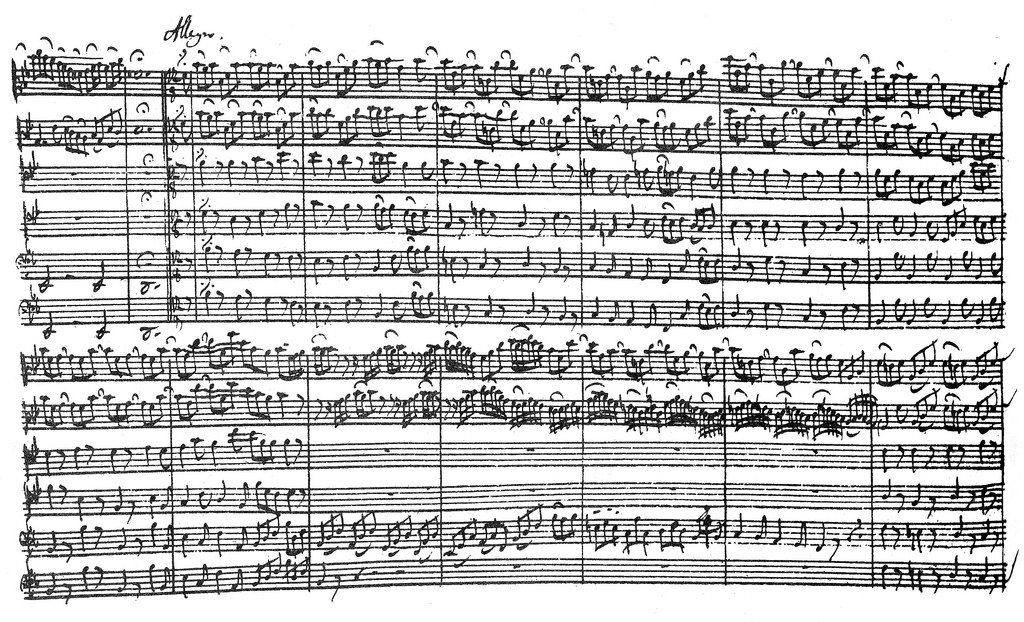 Bach was best known during his lifetime as an organist, organ consultant, and composer of organ works in both the traditional German free genres—such as preludes, fantasias, and toccatas—and stricter forms, such as chorale preludes and fugues. At a young age, he established a reputation for his great creativity and ability to integrate foreign styles into his organ works. A decidedly North German influence was exerted by Georg Böhm, with whom Bach came into contact in Lüneburg, and Dieterich Buxtehude, whom the young organist visited in Lübeck in 1704 on an extended leave of absence from his job in Arnstadt. Around this time, Bach copied the works of numerous French and Italian composers to gain insights into their compositional languages, and later arranged violin concertos by Vivaldi and others for organ and harpsichord. During his most productive period (1708–14) he composed about a dozen pairs of preludes and fugues, five toccatas and fugues, and the Little Organ Book, an unfinished collection of forty-six short chorale preludes that demonstrates compositional techniques in the setting of chorale tunes. After leaving Weimar, Bach wrote less for organ, although some of his best-known works (the six trio sonatas, the German Organ Mass in Clavier-Übung III from 1739, and the Great Eighteen chorales, revised late in his life) were composed after his leaving Weimar. Bach was extensively engaged later in his life in consulting on organ projects, testing newly built organs, and dedicating organs in afternoon recitals.

The title page of the third part of the Clavier-Übung, one of the few works by Bach that was published during his lifetime

Bach wrote many works for harpsichord, some of which may have been played on the clavichord. Many of his keyboard works are anthologies that encompass whole theoretical systems in an encyclopedic fashion.

Bach wrote for single instruments, duets, and small ensembles. Many of his solo works, such as his six sonatas and partitas for violin (BWV 1001–1006), six cello suites (BWV 1007–1012), and partita for solo flute (BWV 1013), are widely considered among the most profound works in the repertoire. Bach composed a suite and several other works which have been claimed (since 1900) for the solo lute, but there is no evidence that he wrote for this instrument. He wrote trio sonatas; solo sonatas (accompanied by continuo) for the flute and for the viola da gamba; and a large number of canons and ricercars, mostly with unspecified instrumentation. The most significant examples of the latter are contained in The Art of Fugue and The Musical Offering.

Bach’s best-known orchestral works are the Brandenburg Concertos, so named because he submitted them in the hope of gaining employment fromMargrave Christian Ludwig of Brandenburg-Schwedt in 1721; his application was unsuccessful. These works are examples of the concerto grosso genre. Other surviving works in the concerto form include two violin concertos (BWV 1041 and BWV 1042); a concerto for two violins in D minor (BWV 1043), often referred to as Bach’s “double” concerto; and concertos for one to four harpsichords. It is widely accepted that many of the harpsichord concertos were not original works, but arrangements of his concertos for other instruments now lost. A number of violin, oboe, and flute concertos have been reconstructed from these. In addition to concertos, Bach wrote four orchestral suites, and a series of stylized dances for orchestra, each preceded by a French overture.

As the Thomaskantor, beginning mid of 1723, Bach performed a cantata each Sunday and feast day that corresponded to the lectionary readings of the week. Although Bach performed cantatas by other composers, he composed at least three entire annual cycles of cantatas at Leipzig, in addition to those composed at Mühlhausen and Weimar. In total he wrote more than three hundred sacred cantatas, of which nearly two hundred survive.

His cantatas vary greatly in form and instrumentation, including those for solo singers, single choruses, small instrumental groups, and grand orchestras. Many consist of a large opening chorus followed by one or more recitative-aria pairs for soloists (or duets) and a concluding chorale. The recitative is part of the corresponding Bible reading for the week and the aria is a contemporary reflection on it. The melody of the concluding chorale often appears as a cantus firmus in the opening movement. Among his best known cantatas are:

In addition, Bach wrote a number of secular cantatas, usually for civic events such as council inaugurations. These include wedding cantatas, theWedding Quodlibet, the Peasant Cantata, and the Coffee Cantata.

Bach’s large choral-orchestral works include the grand scale St Matthew Passion and St John Passion, both written for Good Friday vesper services at the Thomaskirche and the Nikolaikirche in alternate years, and the Christmas Oratorio (a set of six cantatas for use in the liturgical season of Christmas). Shorter works are the Easter Oratorio, the Ascension Oratorio, and the Magnificat.

Mass in B Minor

Bach assembled his last large work, the Mass in B minor, near the end of his life, between 1748 and 1749. The mass was never performed in full during Bach’s lifetime. He incorporated the Sanctus of 1724 and the Missa in B minor, composed in 1733. He derived many movements from his cantatas, such as Weinen, Klagen, Sorgen, Zagen, BWV 12, written in 1714, and composed some new movements. All of these movements have substantial solo parts as well as choruses. It is not known what direction of development Bach had intended for his last Mass to take. As Stauffer states,

If Bach had lived longer, it is likely that he would have created a definitive fair copy of the Mass, similar to those of the St. John and St. Matthew Passions… As Otto Bettmann once remarked, Bach’s ‘music sets in order what life cannot.’

Bach’s seal, used throughout his Leipzig years. It contains the letters J S B superimposed over their mirror image topped with a crown.

Bach’s musical style arose from his skill in contrapuntal invention and motivic control, his flair for improvisation, his exposure to North and South German, Italian and French music, and his devotion to theLutheran liturgy. His access to musicians, scores and instruments as a child and a young man and his emerging talent for writing tightly woven music of powerful sonority, allowed him to develop an eclectic, energetic musical style in which foreign influences were combined with an intensified version of the pre-existing German musical language. From the period 1713–14 onward he learned much from the style of the Italians.

During the Baroque period, many composers only wrote the framework, and performers embellished this framework with ornaments and other elaboration. This practice varied considerably between the schools of European music; Bach notated most or all of the details of his melodic lines, leaving little for performers to interpolate. This accounted for his control over the dense contrapuntal textures that he favored, and decreased leeway for spontaneous variation of musical lines. At the same time, Bach left the instrumentation of major works including The Art of Fugue open.

Bach’s devout relationship with the Christian God in the Lutheran tradition and the high demand for religious music of his times placed sacred music at the centre of his repertory. He taught Luther’s Small Catechism as the Thomaskantor in Leipzig, and some of his pieces represent it;the Lutheran chorale hymn tune was the basis of much of his work. He wrote more cogent, tightly integrated chorale preludes than most. The large-scale structure of some of Bach’s sacred works is evidence of subtle, elaborate planning. For example, the St Matthew Passion illustrates the Passion with Bible text reflected in recitatives, arias, choruses, and chorales.

Bach’s drive to display musical achievements was evident in his composition. He wrote much for the keyboard and led its elevation from continuo to solo instrument with harpsichord concertos and keyboard obbligato. Bach produced collections of movements that explored the range of artistic and technical possibilities inherent in various genres. The most famous example is The Well-Tempered Clavier, in which each book presents a prelude and fugue in every major and minor key. Each fugue displays a variety of contrapuntal and fugal techniques.

Present-day Bach performers usually pursue one of two traditions: so-called “authentic performance practice”, utilizing historical techniques; or the use of modern instruments and playing techniques, often with larger ensembles. In Bach’s time orchestras and choirs were usually smaller than those of later composers, and even Bach’s most ambitious choral works, such as his Mass in B minor and Passions, were composed for relatively modest forces. Some of Bach’s important chamber music does not indicate instrumentation, which allows for a greater variety of ensembles.

Modern adaptations of Bach’s music contributed greatly to Bach’s popularization in the second half of the 20th century. Among these were the Swingle Singers’ versions of Bach pieces (for instance, the “Air” from Orchestral Suite No. 3, or the Wachet Auf… chorale prelude) and Wendy Carlos’s 1968 Switched-On Bach, which used the Moog electronic synthesizer. Jazz musicians have adopted Bach’s music, with Jacques Loussier, Ian Anderson,Uri Caine, and the Modern Jazz Quartet among those creating jazz versions of Bach works.