Music in the Baroque Era 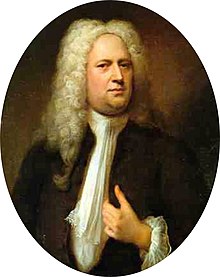 The term baroque is also used to designate the style of music composed during a period that overlaps with that of baroque art, but usually encompasses a slightly later period.

It is a still-debated question as to what extent baroque music shares aesthetic principles with the visual and literary arts of the baroque period. A fairly clear, shared element is a love of ornamentation, and it is perhaps significant that the role of ornament was greatly diminished in both music and architecture as the baroque gave way to the classical period.

The application of the term “baroque” to music is a relatively recent development, although it has recently been pointed out that the first use of the word “baroque” in criticism of any of the arts related to music, in an anonymous, satirical review of the première in October 1733 of Rameau’s Hippolyte et Aricie, printed in the Mercure de France in May 1734. The critic implied that the novelty in this opera was “du barocque,” complaining that the music lacked coherent melody, was filled with unremitting dissonances, constantly changed key and meter, and speedily ran through every compositional device.

However this was an isolated reference, and consistent use was only begun in 1919, by Curt Sachs, and it was not until 1940 that it was first used in English (in an article published by Manfred Bukofzer).

Many musical forms were born in that era, like the concerto and sinfonia. Forms such as the sonata, cantataand oratorio flourished. Also, opera was born out of the experimentation of the Florentine Camerata, the creators of monody, who attempted to recreate the theatrical arts of the Ancient Greeks. An important technique used in baroque music was the use of ground bass, a repeated bass line. Dido’s Lament by Henry Purcell is a famous example of this technique.

Baroque Composers and Their Well-Known Works