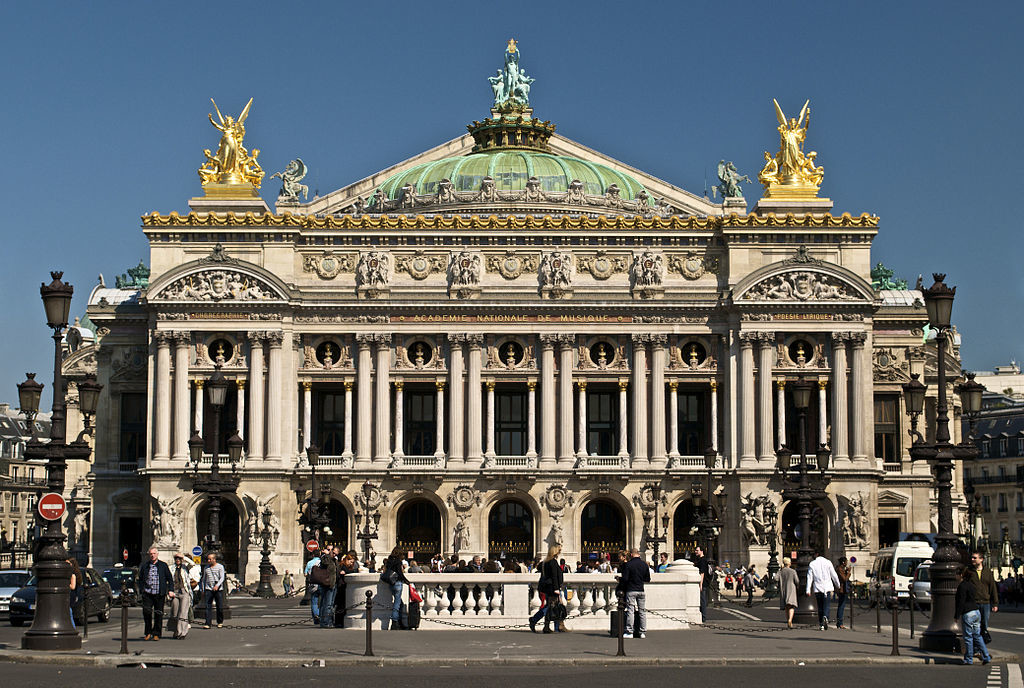 The Palais Garnier of the Paris Opéra, one of the world’s most famous opera houses

Opera is an art form in which singers and musicians perform a dramatic work combining text (libretto) and musical score, usually in a theatrical setting. Opera incorporates many of the elements of spoken theatre, such as acting,scenery, and costumes and sometimes includes dance. The performance is typically given in an opera house, accompanied by an orchestra or smaller musical ensemble.

Opera is part of the Western classical music tradition. It started in Italy at the end of the sixteenth century (with Jacopo Peri’s lost Dafne, produced in Florence in 1598) and soon spread through the rest of Europe: Schütz in Germany, Lully in France, and Purcell in England all helped to establish their national traditions in the seventeenth century. In the eighteenth century, Italian opera continued to dominate most of Europe (except France), attracting foreign composers such as Handel. Opera seria was the most prestigious form of Italian opera, until Gluck reacted against its artificiality with his “reform” operas in the 1760s. Today the most renowned figure of late-eighteenth-century opera is Mozart, who began with opera seria but is most famous for his Italian comic operas, especially The Marriage of Figaro (Le Nozze Di Figaro), Don Giovanni, and Così fan tutte, as well as The Magic Flute (Die Zauberflöte), a landmark in the German tradition.

The first third of the nineteenth century saw the high point of the bel canto style, with Rossini, Donizetti and Bellini all creating works that are still performed today. It also saw the advent of Grand Opera typified by the works of Auber and Meyerbeer. The mid-to-late nineteenth century was a “golden age” of opera, led and dominated by Wagner in Germany and Verdi in Italy. The popularity of opera continued through the verismo era in Italy and contemporary French opera through to Puccini and Strauss in the early twentieth century. During the nineteenth century, parallel operatic traditions emerged in central and eastern Europe, particularly in Russia and Bohemia. The twentieth century saw many experiments with modern styles, such as atonality and serialism (Schoenberg and Berg), Neoclassicism (Stravinsky), and Minimalism (Philip Glass and John Adams). With the rise of recording technology, singers such as Enrico Caruso became known to audiences beyond the circle of opera fans. Operas were also performed on (and written for) radio and television.

The words of an opera are known as the libretto (literally “small book”). Some composers, notably Richard Wagner, have written their own libretti; others have worked in close collaboration with their librettists—e.g., Mozart with Lorenzo Da Ponte. Traditional opera, often referred to as “number opera”, consists of two modes of singing: recitative, the plot-driving passages sung in a style designed to imitate and emphasize the inflections of speech, and aria (an “air” or formal song) in which the characters express their emotions in a more structured melodic style. Duets, trios and other ensembles often occur, and choruses are used to comment on the action. In some forms of opera, such as Singspiel, opéra comique, operetta, and semi-opera, the recitative is mostly replaced by spoken dialogue. Melodic or semi-melodic passages occurring in the midst of, or instead of, recitative, are also referred to as arioso. During the baroque and classical periods, recitative could appear in two basic forms: secco (dry) recitative, sung with a free rhythm dictated by the accent of the words, accompanied only by continuo, which was usually a harpsichord and a cello; or accompagnato (also known as strumentato) in which the orchestra provided accompaniment. By the nineteenth century, accompagnato had gained the upper hand, the orchestra played a much bigger role, and Richard Wagner revolutionised opera by abolishing almost all distinction between aria and recitative in his quest for what he termed “endless melody.” Subsequent composers have tended to follow Wagner’s example, though some, such as Stravinsky in his The Rake’s Progress have bucked the trend. The terminology of the various kinds of operatic voices is described in detail below. 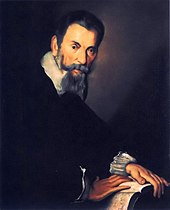 The Italian word opera means “work,” both in the sense of the labor done and the result produced. The Italian word derives from the Latin opera, a singular noun meaning “work” and also the plural of the noun opus. According to the Oxford English Dictionary, the Italian word was first used in the sense of a “composition in which poetry, dance, and music are combined” in 1639; the first recorded English usage in this sense dates to 1648.

Dafne by Jacopo Peri was the earliest composition considered opera, as understood today. It was written around 1597, largely under the inspiration of an elite circle of literateFlorentine humanists who gathered as the “Camerata de’ Bardi”. Significantly, Dafne was an attempt to revive the classical Greek drama, part of the wider revival of antiquity characteristic of the Renaissance. The members of the Camerata considered that the “chorus” parts of Greek dramas were originally sung, and possibly even the entire text of all roles; opera was thus conceived as a way of “restoring” this situation. Dafne is unfortunately lost. A later work by Peri, Euridice, dating from 1600, is the first opera score to have survived to the present day. The honour of being the first opera still to be regularly performed, however, goes to Claudio Monteverdi’s L’Orfeo, composed for the court of Mantua in 1607. The Mantua court of the Gonzagas, employers of Monteverdi, played a significant role in the origin of opera employing not only court singers of the concerto delle donne (till 1598), but also one of the first actual “opera singers”; Madama Europa.