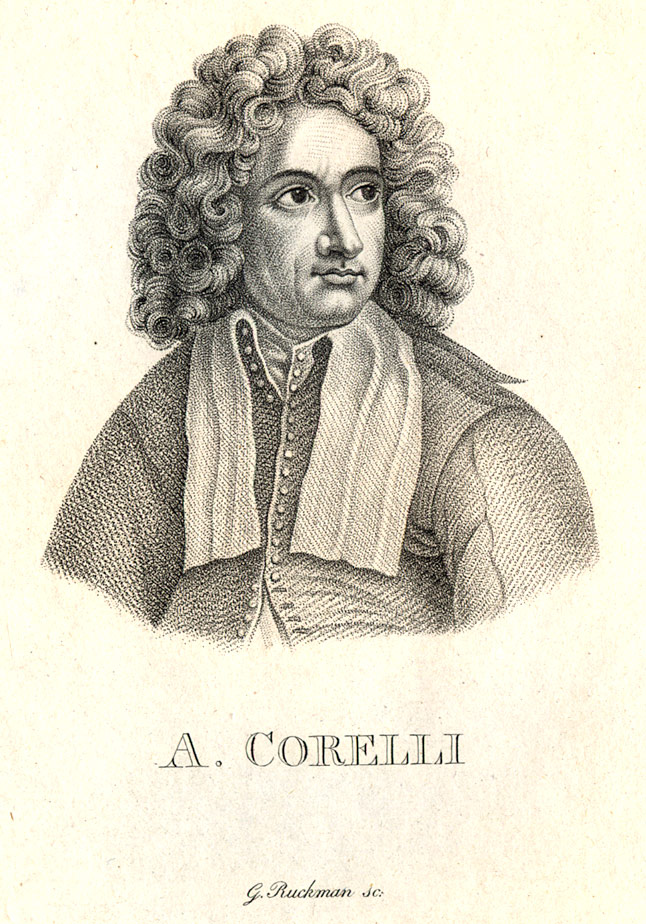 Sonata (from Latin and Italian: sonare, “to sound”), in music, literally means a piece played as opposed to a cantata (Latin and Italian cantare, “to sing”), a piece sung. The term, being vague, evolved through the history of music, designating a variety of forms until the classical era, when it took on increasing importance, and by the early 19th century came to represent a principle of composing large-scale works. It was applied to most instrumental genres and regarded—alongside the fugue—as one of two fundamental methods of organizing, interpreting and analyzing concert music. Though the musical style of sonatas has changed since the classical era, most 20th- and 21st-century sonatas still maintain the same structure.

In the works of Arcangelo Corelli and his contemporaries, two broad classes of sonata were established, and were first described by Sébastien de Brossard in his Dictionaire de musique (third edition, Amsterdam, ca. 1710): the sonata da chiesa (that is, suitable for use in church), which was the type “rightly known as Sonatas,” and the sonata da camera (proper for use at court), which consists of a prelude followed by a succession of dances, all in the same key. Although the four, five, or six movements of the sonata da chiesa are also most often in one key, one or two of the internal movements are sometimes in a contrasting tonality.

Sonata da chiesa (Italian for church sonata) is an instrumental composition dating from the baroque period. Often written for one or more violins and bass, it consisted of a slow introduction, a loosely fugued allegro, a cantabile slow movement, and a lively finale in some binary form suggesting affinity with the dance-tunes of the suite. This scheme, however, was not very clearly defined until the works of Arcangelo Corelli, when it became the essential sonata and persisted as a tradition of Italian violin music.

It is often mistakenly believed these sonatas were composed to be performed in religious ceremonies. In fact, symphonies written in the sonata da chiesa form were frequently played during religious ceremonies, especially during Mass at the Gradual, Offertory, Elevation and Communion, as well as the Introit and Deo Gratias. They were also used as a substitute for antiphons during Vespers. They were not, however, written with an explicitly liturgical function, such as, for instance, a Requiem Mass. Symphonic works written in the sonata da chiesa were more often performed as concert pieces for entertainment.

One of the greatest exponents of the sonata da chiesa was the Ravennate Arcangelo Corelli (1653–1713). Among his finest compositions are Six Sonata da Chiesa, Op.1, which were dedicated to queen Christina of Sweden, who lived in Rome. The first eight of his Twelve Concerti grossi, Op.6, are also sonatas da chiesa. Another composer of this form of music was Giovanni Battista Bassani, who composed twelve sonatas da chiesa (circa 1710). The three solo violin sonatas of J. S. Bach are of the sonata da chiesa form, as are his six sonatas for violin and obbligato harpsichord.

After 1700 this type of sonata tended to merge with the sonata da camera. The sonata da chiesa had become outdated by the time of Joseph Haydn (1732–1809), although he did compose a few of his early symphonies in this style (slow-fast-minuet-fast). Later, Wolfgang Amadeus Mozart would compose seventeen “church sonatas,” but they served a different purpose. Mozart’s works were single-movement organ and strings pieces that were played during the celebration of the Mass between the Epistle and the Gospel.

Please listen to Arcangelo Corelli’s Violin Sonata No.1 in D Major, Op.5, with the score (linked below video):

Musical score for Violin Sonata No.1 in D major, Op.5

The sonata da camera consisted almost entirely of idealized dance tunes. On the other hand, the features of sonata da chiesa and sonata da camera then tended to be freely intermixed. Although nearly half of Bach’s 1,100 surviving compositions, arrangements, and transcriptions are instrumental works, only about 4 percent are sonatas.

Sonata da camera is literally translated to mean “chamber sonata” and is used to describe a group of instrumental pieces set into three or four different movements, beginning with a prelude, or small sonata, acting as an introduction for the following movements.

The term sonata da camera originated from Rome in the late 17th century from when Arcangelo Corelli wrote two different variations of sonata. These became known as “sonata da camera” and “sonata da chiesa” respectively. In the Oxford History of Western Music, Richard Taruskin describes a sonata da camera as “… essentially a dance suite, which Corelli adapted to the prevailing four-movement format (a “preludio” and three dances or connecting movements).” The following dance style movements were usually given names referring to the style, e.g., partita, suite, ordre, ouverture and air (as in English reprints of Corelli’s chamber sonatas). The most frequent instrumentation in sonata da camera was two violins and a bass. Most harmonies were completed in the bass part whilst the two treble instruments played above. This was also known as a trio sonata, as this consisted of three major parts. But sometimes, a fourth player (usually a cellist) was required to double on the basso continuo line. However, recent scholarship has revealed the diversity of instruments used for the basso continuo line in Corelli’s milieu, including the orbo, guitar and organ. An ambiguity on the title page of Corelli’s set of sonatas has led many to conclude that the continuo would have been either a harpsichord or cello, rather than both as was previously assumed.

Please listen to Arcangelo Corelli’s Sonata da camera in F Major, Op. 2, No. 7, with the score (linked below video):

The trio sonata is a musical form that was popular during the 17th and early 18th centuries.

A trio sonata is written for two solo melodic instruments and basso continuo, making three parts in all, hence the name trio sonata. However, because the basso continuo is usually made up of at least two instruments (typically a cello or bass viol and a keyboard instrument such as the harpsichord), performances of trio sonatas typically involve at least four musicians, and some 18th-century published editions have duplicate part books for the bass. The trio sonatas by Arcangelo Corelli (opus 1, 1681, opus 3, 1689) were of unparalleled influence during his lifetime and for a long time after, inspiring slavish imitation by composers whose numbers were legion (Talbot 2001).

The melody instruments used are often both violins. A well-known exception is the trio sonata in J. S. Bach’s The Musical Offering, which is for violin and flute.