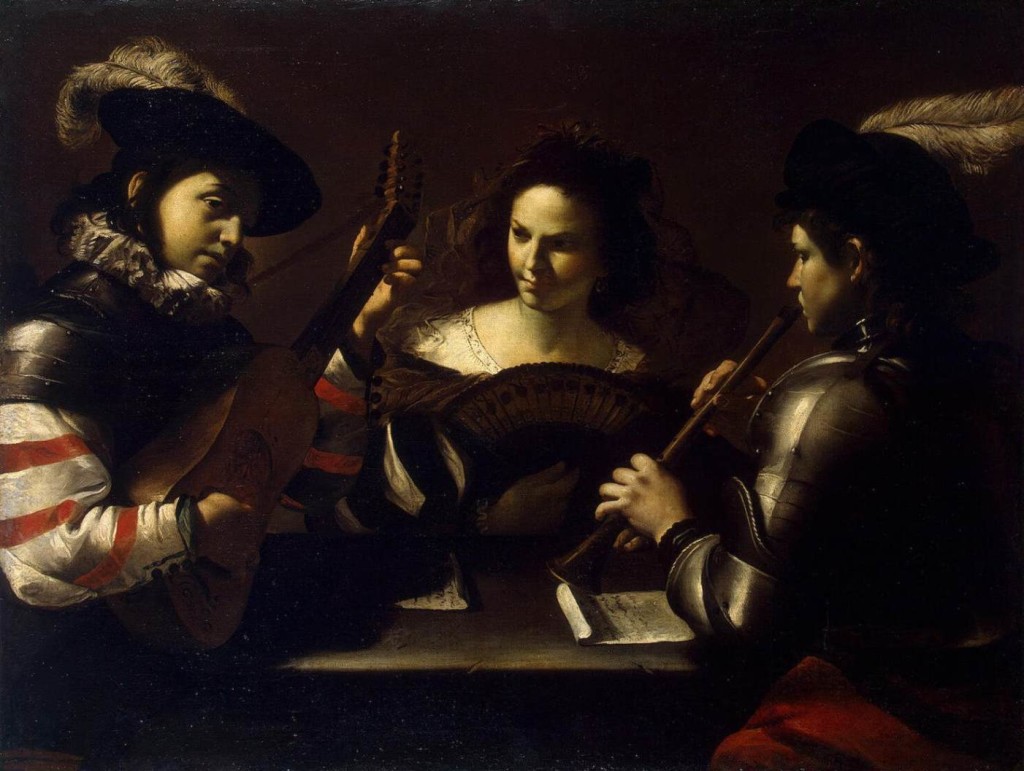 A characteristic baroque form was the dance suite. Suites are ordered sets of instrumental or orchestral pieces usually performed in a concert setting. (Some dance suites by Bach are called partitas, although this term is also used for other collections of musical pieces). The dance suite typically consists of four movements (described below), plus an overture at the beginning.

Movements of the Baroque Suite

The baroque suite often began with a French overture (“Ouverture” in French), which was followed by a succession of dances, principally the following four:

Often the first dance of an instrumental suite, the allemande was a very popular dance that had its origins in the German Renaissance era. The allemande was played at a moderate tempo and could start on any beat of the bar.

You can listen to an example of the allemande from Bach’s Cello Suite No. 1 below:

The second dance is the courante, a lively, French dance in triple meter. The Italian version is called the corrente.

Below is the courante from Bach’s Cello Suite No. 1:

The sarabande, a Spanish dance, is the third of the four basic dances, and is one of the slowest of the baroque dances. It is also in triple meter and can start on any beat of the bar, although there is an emphasis on the second beat, which creates the characteristic “halting” or iambic rhythm of the sarabande.

Below is the sarabande from Bach’s Cello Suite No. 1:

The gigue is an upbeat and lively baroque dance in compound meter, typically the concluding movement of an instrumental suite, and the fourth of its basic dance types. The gigue can start on any beat of the bar and is easily recognized by its rhythmic feel. The gigue originated in the British Isles. Its counterpart in folk music is the jig.

Below is the gigue from Bach’s Cello Suite No. 1:

These four dance types (allemande, courante, sarabande, and gigue) make up the majority of seventeenth-century suites; later suites interpolate one or more additional dances between the sarabande and gigue:

Learn about and listen to orchestral suites at the sites below:

Listen to examples of instrumental suites at the following sites: