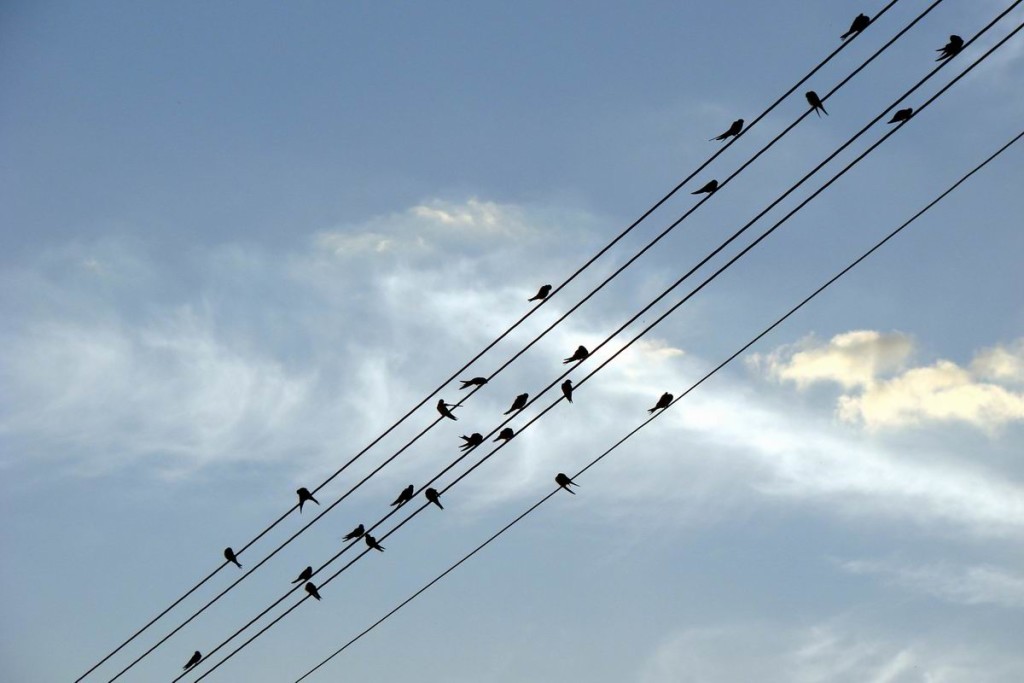 The absolute pitch of each line of a non-percussive staff is indicated by the placement of a clef symbol at the appropriate vertical position on the left-hand side of the staff (possibly modified by conventions for specific instruments). For example, the treble clef, also known as the G clef, is placed upon the second line (counting upwards), fixing that line as the pitch first G above “middle C.”

The musical staff is analogous to a mathematical graph of pitch with respect to time. Pitches of notes are given by their vertical position on the staff and notes to the left are played before notes to the right. Unlike a graph, however, the number of semitones represented by a vertical step from a line to an adjacent space depends on the key, and the exact timing of the beginning of each note is not directly proportional to its horizontal position; rather, exact timing is encoded by the musical symbol chosen for each note in addition to the tempo.

A time signature to the right of the clef indicates the relationship between timing counts and note symbols, while bar lines group notes on the staff into measures.

A clef (from French: clef “key”) is a musical symbol used to indicate the pitch of written notes.Placed on one of the lines at the beginning of the stave, it indicates the name and pitch of the notes on that line. This line serves as a reference point by which the names of the notes on any other line or space of the stave may be determined. Only one clef that references a note in a space rather than on a line has ever been used.

There are three types of clef used in modern music notation: F, C, and G. Each type of clef assigns a different reference note to the line (and in rare cases, the space) on which it is placed.

A ledger line or ledger line is used in Western musical notation to notate pitches above or below the lines and spaces of the regular musical staff. A line slightly longer than the note head is drawn parallel to the staff, above or below, spaced at the same distance as the lines within the staff. 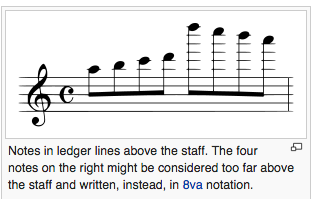 In music, an accidental is a note whose pitch (or pitch class) is not a member of the scale or mode indicated by the most recently applied key signature. In musical notation, the sharp (♯), flat (♭), and natural (♮) symbols, among others, are used to mark such notes, and those symbols may themselves be called accidentals. In the measure (bar) in which it appears, an accidental sign raises or lowers the immediately following note (and any repetition of it in the bar) from its normal pitch, overriding sharps or flats (or their absence) in the key signature. A note is usually raised or lowered by a semitone, although microtonal music may use “fractional” accidental signs. One occasionally sees double sharps or flats, which raise or lower the indicated note by a whole tone. Accidentals apply within the measure and octave in which they appear, unless canceled by another accidental sign, or tied into a following measure. If a note has an accidental and the note is repeated in a different octave within the same measure, the accidental does not apply to the same note of the different octave.

Click on the link Music Basics and review the following lessons in the Basics Section: