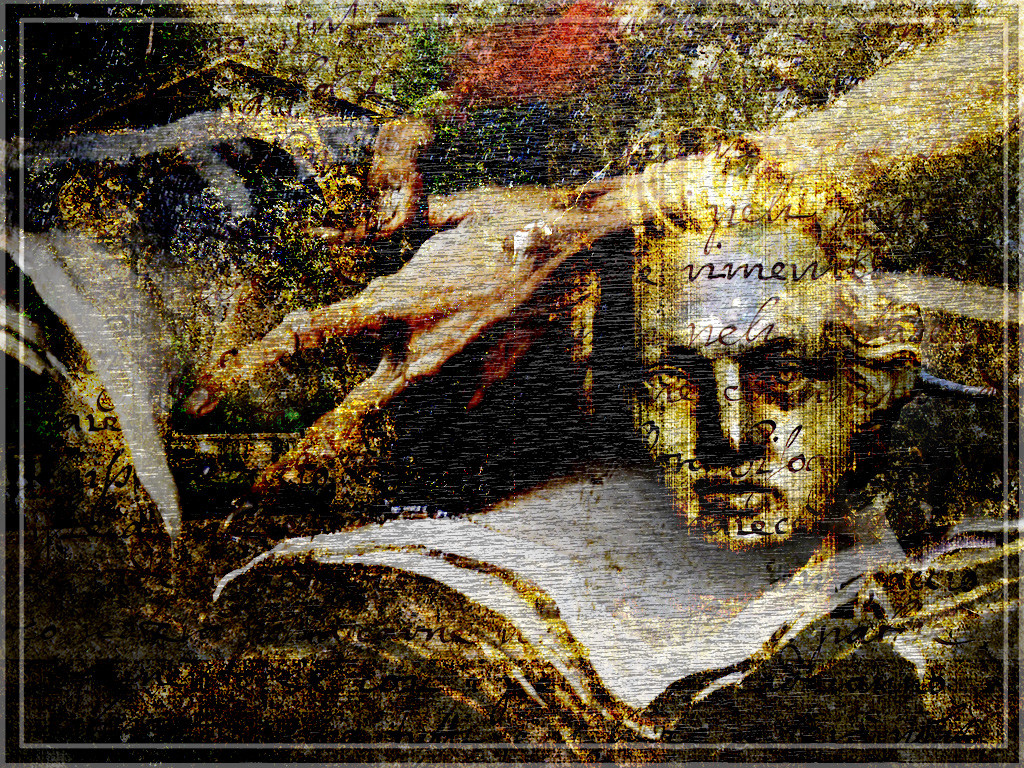 Mozart’s music, like Haydn’s, stands as an archetype of the classical style. At the time he began composing, European music was dominated by the style galant, a reaction against the highly evolved intricacy of the baroque. Progressively, and in large part at the hands of Mozart himself, the contrapuntal complexities of the late baroque emerged once more, moderated and disciplined by new forms, and adapted to a new aesthetic and social milieu. Mozart was a versatile composer, and wrote in every major genre, including symphony, opera, the solo concerto, chamber music including string quartet and string quintet, and the piano sonata. These forms were not new, but Mozart advanced their technical sophistication and emotional reach. He almost single-handedly developed and popularized the classical piano concerto. He wrote a great deal of religious music, including large-scale masses, as well as dances, divertimenti, serenades, and other forms of light entertainment.

The central traits of the classical style are all present in Mozart’s music. Clarity, balance, and transparency are the hallmarks of his work, but simplistic notions of its delicacy mask the exceptional power of his finest masterpieces, such as the Piano Concerto No. 24 in C minor, K. 491; the Symphony No. 40 in G minor, K. 550; and the opera Don Giovanni. Charles Rosen makes the point forcefully:

It is only through recognizing the violence and sensuality at the center of Mozart’s work that we can make a start towards a comprehension of his structures and an insight into his magnificence. In a paradoxical way, Schumann’s superficial characterization of the G minor Symphony can help us to see Mozart’s daemon more steadily. In all of Mozart’s supreme expressions of suffering and terror, there is something shockingly voluptuous.

Especially during his last decade, Mozart exploited chromatic harmony to a degree rare at the time, with remarkable assurance and to great artistic effect.

Mozart always had a gift for absorbing and adapting valuable features of others’ music. His travels helped in the forging of a unique compositional language. In London as a child, he met J. C. Bach and heard his music. In Paris, Mannheim, and Vienna he met with other compositional influences, as well as the avant-garde capabilities of the Mannheim orchestra. In Italy he encountered the Italian overture and opera buffa, both of which deeply affected the evolution of his own practice. In London and Italy, the gallant style was in the ascendent: simple, light music with a mania for cadencing; an emphasis on tonic, dominant, and subdominant to the exclusion of other harmonies; symmetrical phrases; and clearly articulated partitions in the overall form of movements. Some of Mozart’s early symphonies are Italian overtures, with three movements running into each other; many are homotonal (all three movements having the same key signature, with the slow middle movement being in the relative minor). Others mimic the works of J. C. Bach, and others show the simple rounded binary forms turned out by Viennese composers. 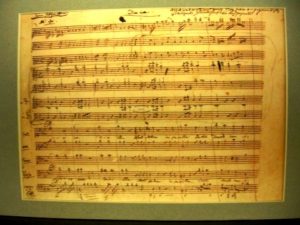 A facsimile sheet of music from the Dies Irae movement of the Requiem Mass in D minor (K. 626) in Mozart’s own handwriting. It is located at the Mozarthaus in Vienna.

As Mozart matured, he progressively incorporated more features adapted from the baroque. For example, the Symphony No. 29 in A major K. 201 has a contrapuntal main theme in its first movement, and experimentation with irregular phrase lengths. Some of his quartets from 1773 have fugal finales, probably influenced by Haydn, who had included three such finales in his recently published Opus 20 set. The influence of the Sturm und Drang (“Storm and Stress”) period in music, with its brief foreshadowing of the romantic era, is evident in the music of both composers at that time. Mozart’s Symphony No. 25 in G minor K. 183 is another excellent example.

Mozart would sometimes switch his focus between operas and instrumental music. He produced operas in each of the prevailing styles: opera buffa, such as The Marriage of Figaro, Don Giovanni, and Così fan tutte; opera seria, such as Idomeneo; and Singspiel, of which Die Zauberflöte is the most famous example by any composer. In his later operas he employed subtle changes in instrumentation, orchestral texture, and tone color, for emotional depth and to mark dramatic shifts. Here his advances in opera and instrumental composing interacted: his increasingly sophisticated use of the orchestra in the symphonies and concertos influenced his operatic orchestration, and his developing subtlety in using the orchestra to psychological effect in his operas was in turn reflected in his later non-operatic compositions.

Mozart’s most famous pupil, whom the Mozarts took into their Vienna home for two years as a child, was probably Johann Nepomuk Hummel, a transitional figure between classical and romantic eras. More important is the influence Mozart had on composers of later generations. Ever since the surge in his reputation after his death, studying his scores has been a standard part of the training of classical musicians.

Ludwig van Beethoven, Mozart’s junior by fifteen years, was deeply influenced by his work, with which he was acquainted as a teenager. He is thought to have performed Mozart’s operas while playing in the court orchestra at Bonn, and he traveled to Vienna in 1787 hoping to study with the older composer. Some of Beethoven’s works have direct models in comparable works by Mozart, and he wrote cadenzas (WoO 58) to Mozart’s D minor piano concerto K. 466. For further details see Mozart and Beethoven.

Pyotr Ilyich Tchaikovsky wrote his Orchestral Suite No. 4 in G, “Mozartiana” (1887), as a tribute to Mozart.

For unambiguous identification of works by Mozart, a Köchel catalogue number is used. This is a unique number assigned, in regular chronological order, to every one of his known works. A work is referenced by the abbreviation “K.” or “KV” followed by this number. The first edition of the catalogue was completed in 1862 by Ludwig von Köchel. It has since been repeatedly updated, as scholarly research improves knowledge of the dates and authenticity of individual works.