The process begins when cells in the embryonic skeleton gather together and begin to differentiate into specialized cells (Figure 6.12a). Some of these cells will differentiate into capillaries, while others will become osteogenic cells and then osteoblasts. Although they will ultimately be spread out by the formation of bone tissue, early osteoblasts appear in a cluster called an ossification center.

The osteoblasts secrete osteoid, uncalcified matrix, which calcifies (hardens) within a few days as mineral salts are deposited on it, thereby entrapping the osteoblasts within. Once entrapped, the osteoblasts become osteocytes (Figure 6.12b). As osteoblasts transform into osteocytes, osteogenic cells in the surrounding connective tissue differentiate into new osteoblasts. 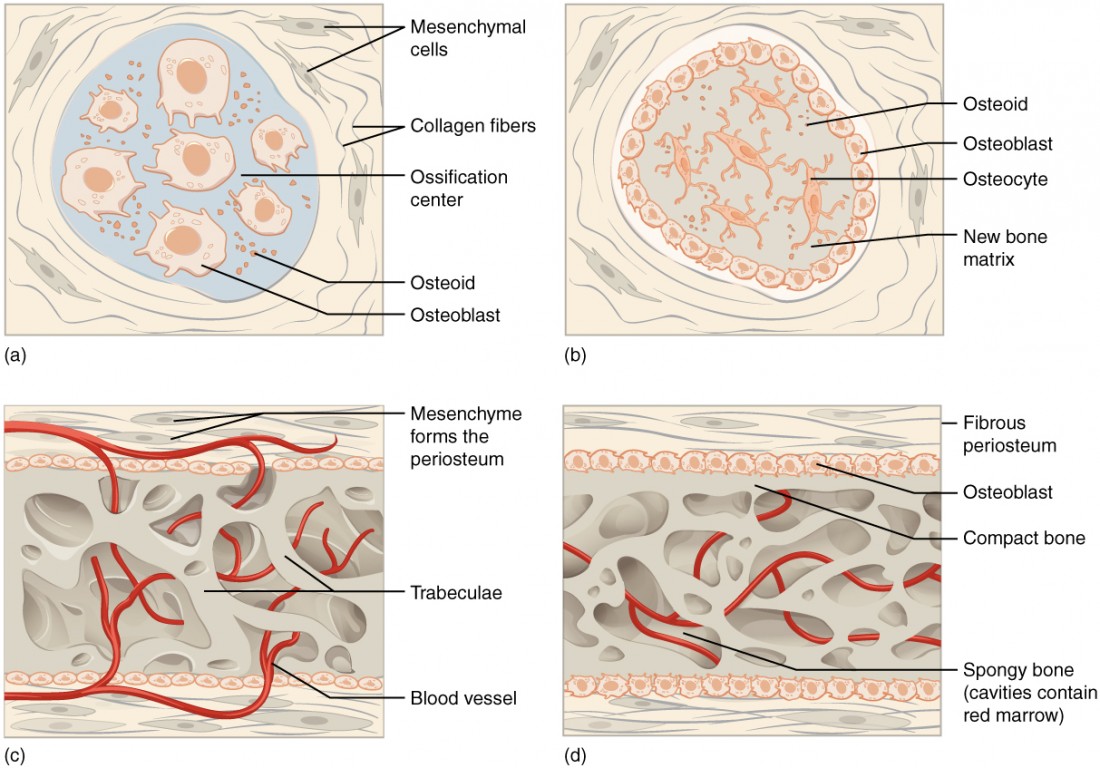 In a long bone, for example, at about 6 to 8 weeks after conception, some of the mesenchymal cells differentiate into chondrocytes (cartilage cells) that form the cartilaginous skeletal precursor of the bones (Figure 6.13a). Soon after, the perichondrium, a membrane that covers the cartilage, appears Figure 6.13b). 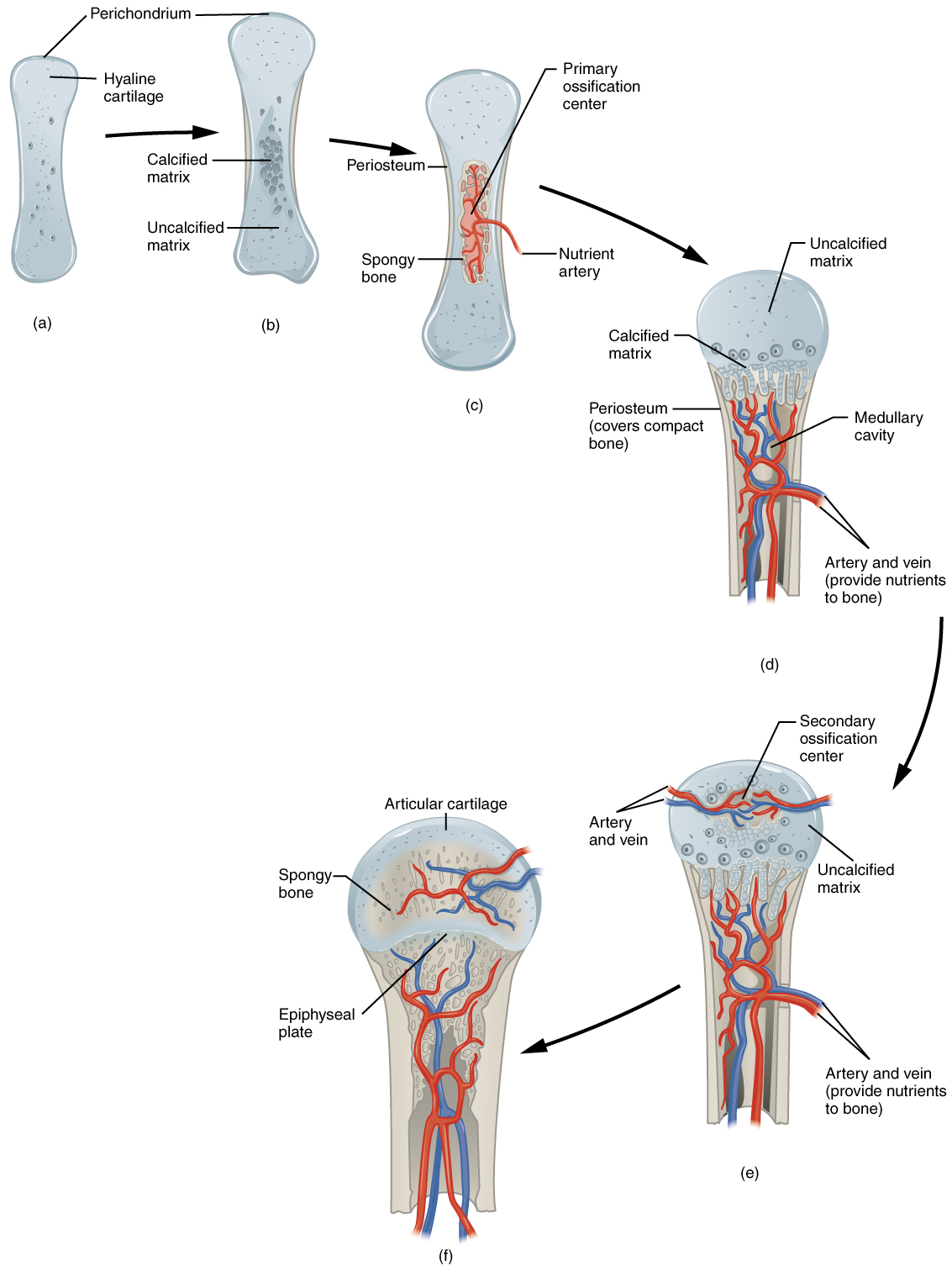 As the cartilage grows, capillaries penetrate it. This penetration initiates the transformation of the perichondrium into the bone-producing periosteum. Here, the osteoblasts form a periosteal collar of compact bone around the cartilage of the diaphysis. By the second or third month of fetal life, bone cell development and ossification ramps up and creates the  primary ossification center, a region deep in the periosteal collar where ossification begins (Figure 6.13c).

While these deep changes are occurring, chondrocytes and cartilage continue to grow at the ends of the bone (the future epiphyses), which increases the bone’s length at the same time bone is replacing cartilage in the diaphyses. By the time the fetal skeleton is fully formed, cartilage only remains at the joint surface as articular cartilage and between the diaphysis and epiphysis as the epiphyseal plate, the latter of which is responsible for the longitudinal growth of bones. After birth, this same sequence of events (matrix mineralization, death of chondrocytes, invasion of blood vessels from the periosteum, and seeding with osteogenic cells that become osteoblasts) occurs in the epiphyseal regions, and each of these centers of activity is referred to as a secondary ossification center (Figure 6.13e).

Bones are continually changing throughout life. Bone modeling and remodeling require osteoclasts to resorb unneeded, damaged, or old bone, and osteoblasts to lay down new bone. Two hormones that affect the osteoclasts are parathyroid hormone (PTH) and calcitonin.

The small intestine is also affected by PTH, albeit indirectly. Because another function of PTH is to stimulate the synthesis of vitamin D, and because vitamin D promotes intestinal absorption of calcium, PTH indirectly increases calcium uptake by the small intestine. Calcitonin, a hormone secreted by the thyroid gland, has some effects that counteract those of PTH. Calcitonin inhibits osteoclast activity and stimulates calcium uptake by the bones, thus reducing the concentration of calcium ions in the blood. As evidenced by their opposing functions in maintaining calcium homeostasis, PTH and calcitonin are generally not secreted at the same time.

Watch this video to see how a bone grows.