Functions and Requirements of Human Life

The different organ systems each have different functions and therefore unique roles to perform in physiology.  Because the body is built upon chemistry, however, one of the fundamental processes is metabolism.

The first law of thermodynamics holds that energy can neither be created nor destroyed—it can only change form. Your basic function as an organism is to consume (ingest) energy and molecules in the foods you eat, convert some of it into fuel for movement, sustain your body functions, and build and maintain your body structures. There are two types of reactions that accomplish this: anabolism and catabolism.

Taken together, these two processes are called metabolism. Metabolism is the sum of all anabolic and catabolic reactions that take place in the body (Figure 1.6). Both anabolism and catabolism occur simultaneously and continuously to keep you alive. 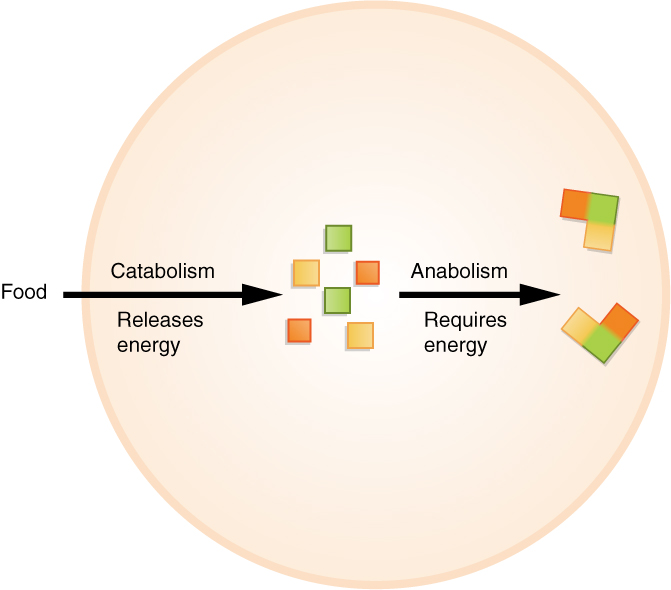 Every cell in your body makes use of a chemical compound, adenosine triphosphate (ATP), to store and release energy. The cell stores energy in the synthesis (anabolism) of ATP, then moves the ATP molecules to the location where energy is needed to fuel cellular activities. Then the ATP is broken down (catabolism) and a controlled amount of energy is released, which is used by the cell to perform a particular job.

View this animation to learn more about metabolic processes. What kind of catabolism occurs in the heart?

Humans have been adapting to life on Earth for at least the past 200,000 years. Earth and its atmosphere have provided us with air to breathe, water to drink, and food to eat, but these are not the only requirements for survival. Although you may rarely think about it, you also cannot live outside of a certain range of temperature and pressure that the surface of our planet and its atmosphere provides. The next sections explore these five requirements of life.

A nutrient is a substance in foods and beverages that is essential to human survival. Nutrients include carbohydrates, lipids, proteins, nucleic acids, vitamins, and minerals. The energy-yielding nutrients are primarily carbohydrates and lipids, while proteins mainly supply the amino acids that are the building blocks of the body itself. You ingest these in plant and animal foods and beverages, and the digestive system breaks them down into molecules small enough to be absorbed. The breakdown products of carbohydrates and lipids can then be used in the metabolic processes that convert them to ATP.  Vitamins and minerals are simpler substances that participate in many essential chemical reactions and processes, such nerve impulses, and some, such as calcium, also contribute to the body’s structure.

The most vital compound in the body is water. Depending on the environmental temperature and our state of health, we may be able to survive for only a few days without water. The body’s functional chemicals are dissolved and transported in water, and the chemical reactions of life take place in water. Moreover, water is the largest component of cells, blood, and the fluid between cells, and water makes up about 70 percent of an adult’s body mass. Water also helps regulate our internal temperature and cushions, protects, and lubricates joints and many other body structures.

That said, the body can respond effectively to short-term exposure to heat (Figure 1.8) or cold. One of the body’s responses to heat is, of course, sweating. As sweat evaporates from skin, it removes some thermal energy from the body, cooling it. Adequate water (from the extracellular fluid in the body) is necessary to produce sweat, so adequate fluid intake is essential to balance that loss during the sweat response. Not surprisingly, the sweat response is much less effective in a humid environment because the air is already saturated with water. Thus, the sweat on the skin’s surface is not able to evaporate, and internal body temperature can get dangerously high. 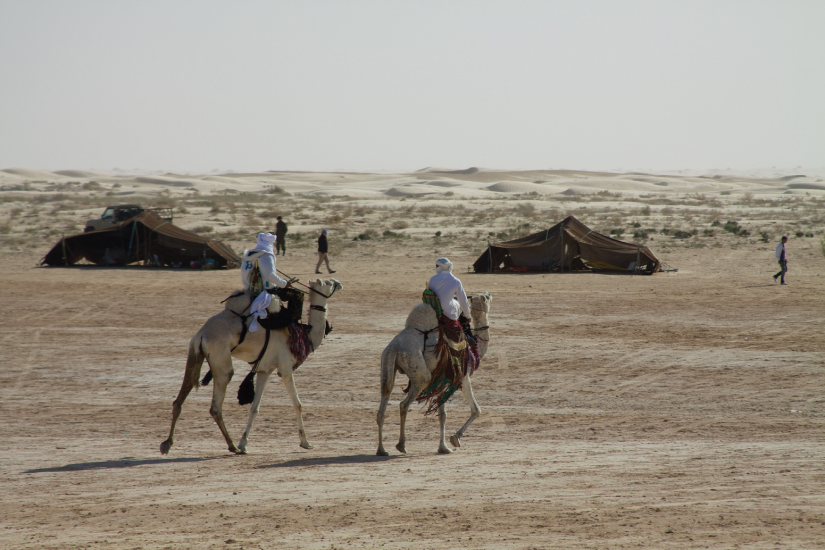 As you have learned, the body continuously engages in coordinated physiological processes to maintain a stable temperature. In some cases, however, overriding this system can be useful, or even life-saving. Hypothermia is the clinical term for an abnormally low body temperature (hypo- = “below” or “under”). Controlled hypothermia is clinically induced hypothermia performed in order to reduce the metabolic rate of an organ or of a person’s entire body.

Atmospheric pressure does more than just keep blood gases dissolved. Your ability to breathe—that is, to take in oxygen and release carbon dioxide—also depends upon a precise atmospheric pressure. Altitude sickness occurs in part because the atmosphere at high altitudes exerts less pressure, reducing the exchange of these gases, and causing shortness of breath, confusion, headache, lethargy, and nausea. Mountain climbers carry oxygen to reduce the effects of both low oxygen levels and low barometric pressure at higher altitudes (Figure 1.9). 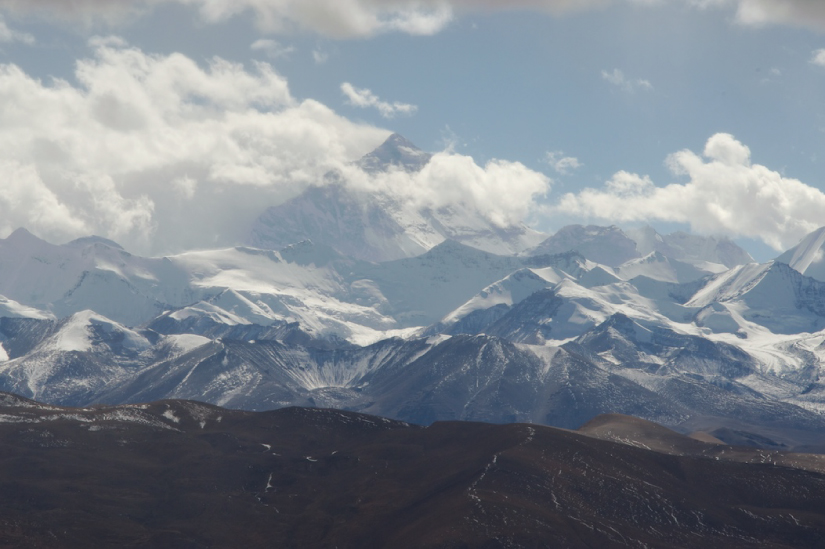