This section of the chapter narrows the focus to the chemistry of human life; that is, the compounds important for the body’s structure and function. In general, these compounds are either inorganic or organic.

The following section examines the three groups of inorganic compounds essential to life: water, salts, acids, and bases. Organic compounds are covered later in the chapter.

As much as 70 percent of an adult’s body weight is water. This water is contained both within the cells and between the cells that make up tissues and organs. Its several roles make water indispensable to human functioning.

Water as a Lubricant and Cushion

Water is a major component of many of the body’s lubricating fluids. Just as oil lubricates the hinge on a door, water in synovial fluid lubricates the actions of body joints, and water in pleural fluid helps the lungs expand and recoil with breathing. Watery fluids help keep food flowing through the digestive tract, and ensure that the movement of adjacent abdominal organs is friction free.

Water also protects cells and organs from physical trauma, cushioning the brain within the skull, for example, and protecting the delicate nerve tissue of the eyes. Water cushions a developing fetus in the mother’s womb as well.

Water as a Mechanism for Maintaining Body Temperature

Water absorbs and dissipates heat but does not experience a corresponding increase in temperature. In the body, water absorbs the heat generated by chemical reactions without greatly increasing in temperature. Moreover, when the environmental temperature soars, the water stored in the body helps keep the body cool. This cooling effect happens as warm blood from the body’s core flows to the blood vessels just under the skin and is transferred to the environment. At the same time, sweat glands release warm water in sweat. As the water evaporates into the air, it carries away heat, and then the cooler blood from the periphery circulates back to the body core.

Water as a Component of Liquid Mixtures

A mixture is a combination of two or more substances, each of which maintains its own chemical identity. In other words, the constituent substances are not chemically bonded into a new, larger chemical compound. The concept is easy to imagine if you think of powdery substances such as flour and sugar; when you stir them together in a bowl, they obviously do not bond to form a new compound. The room air you breathe is a gaseous mixture, containing three discrete elements—nitrogen, oxygen, and argon—and one compound, carbon dioxide. There are three types of liquid mixtures, all of which contain water as a key component. These are solutions, colloids, and suspensions.

For cells in the body to survive, they must be kept moist in a water-based liquid called a solution. In chemistry, a liquid solution consists of a solvent that dissolves a substance called a solute. An important characteristic of solutions is that they are homogeneous; that is, the solute molecules are distributed evenly throughout the solution. If you were to stir a teaspoon of sugar into a glass of water, the sugar would dissolve into sugar molecules separated by water molecules. The ratio of sugar to water in the left side of the glass would be the same as the ratio of sugar to water in the right side of the glass. If you were to add more sugar, the ratio of sugar to water would change, but the distribution—provided you had stirred well—would still be even.

Water is considered the “universal solvent” and it is believed that life cannot exist without water because of this. Water is certainly the most abundant solvent in the body; essentially all of the body’s chemical reactions occur among compounds dissolved in water. Because water molecules are polar, with regions of positive and negative electrical charge, water readily dissolves ionic compounds and polar covalent compounds. Such compounds are referred to as hydrophilic, or “water-loving.” As mentioned above, sugar dissolves well in water. This is because sugar molecules contain regions of hydrogen-oxygen polar bonds, making it hydrophilic. Nonpolar molecules, which do not readily dissolve in water, are called hydrophobic, or “water-fearing.”

The Role of Water in Chemical Reactions

Two types of chemical reactions involve the creation or the consumption of water: dehydration synthesis and hydrolysis.

These reactions are reversible, and play an important role in the chemistry of organic compounds (which will be discussed shortly). 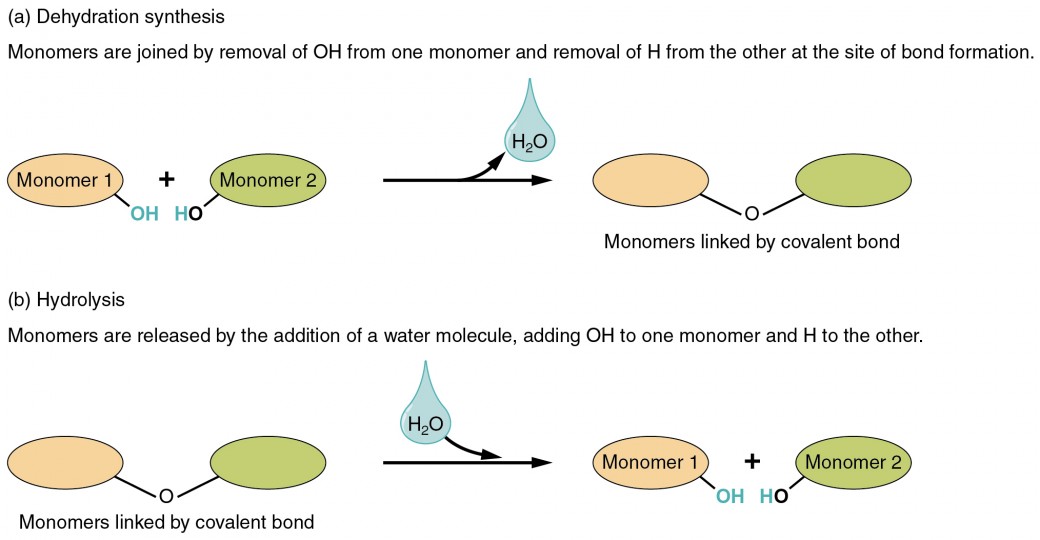 Figure 2.14. Dehydration Synthesis and Hydrolysis
Monomers, the basic units for building larger molecules, form polymers (two or more chemically-bonded monomers). (a) In dehydration synthesis, two monomers are covalently bonded in a reaction in which one gives up a hydroxyl group and the other a hydrogen atom. A molecule of water is released as a byproduct during dehydration reactions. (b) In hydrolysis, the covalent bond between two monomers is split by the addition of a hydrogen atom to one and a hydroxyl group to the other, which requires the contribution of one molecule of water.

Recall that salts are formed when ions form ionic bonds. In these reactions, one atom gives up one or more electrons, and thus becomes positively charged, whereas the other accepts one or more electrons and becomes negatively charged. You can now define a salt as a substance that, when dissolved in water, dissociates into ions other than H+ or OH–. This fact is important in distinguishing salts from acids and bases, discussed next.

A typical salt, NaCl, dissociates completely in water (Figure 2.15). The positive and negative regions on the water molecule (the hydrogen and oxygen ends respectively) attract the negative chloride and positive sodium ions, pulling them away from each other. Again, whereas nonpolar and polar covalently bonded compounds break apart into molecules in solution, salts dissociate into ions. These ions are electrolytes; they are capable of conducting an electrical current in solution. This property is critical to the function of ions in transmitting nerve impulses and prompting muscle contraction. 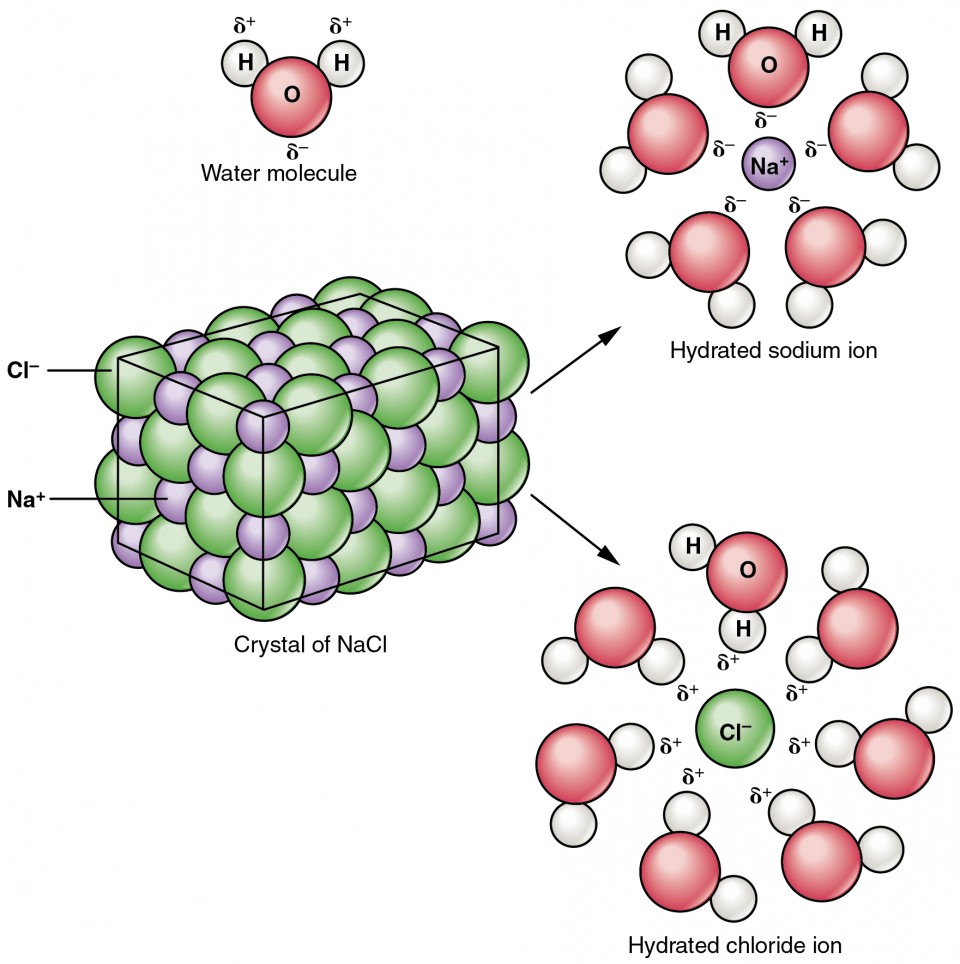 Figure 2.15. Dissociation of Sodium Chloride in Water
Notice that the crystals of sodium chloride dissociate not into molecules of NaCl, but into Na+ cations and Cl– anions, each completely surrounded by water molecules.

Many other salts are important in the body. For example, bile salts produced by the liver help break apart dietary fats, and calcium phosphate salts form the mineral portion of teeth and bones.

Acids and bases, like salts, dissociate in water into electrolytes. Acids and bases can very much change the properties of the solutions in which they are dissolved.

An acid is a substance that releases hydrogen ions (H+) in solution (Figure 2.16a). Because an atom of hydrogen has just one proton and one electron, a positively charged hydrogen ion is simply a proton. This solitary proton is highly likely to participate in chemical reactions. Strong acids are compounds that release all of their H+ in solution; that is, they ionize completely. Hydrochloric acid (HCl), which is released from cells in the lining of the stomach, is a strong acid because it releases all of its H+ in the stomach’s watery environment. This strong acid aids in digestion and kills ingested microbes. Weak acids do not ionize completely; that is, some of their hydrogen ions remain bonded within a compound in solution. An example of a weak acid is vinegar, or acetic acid; it is called acetate after it gives up a proton. 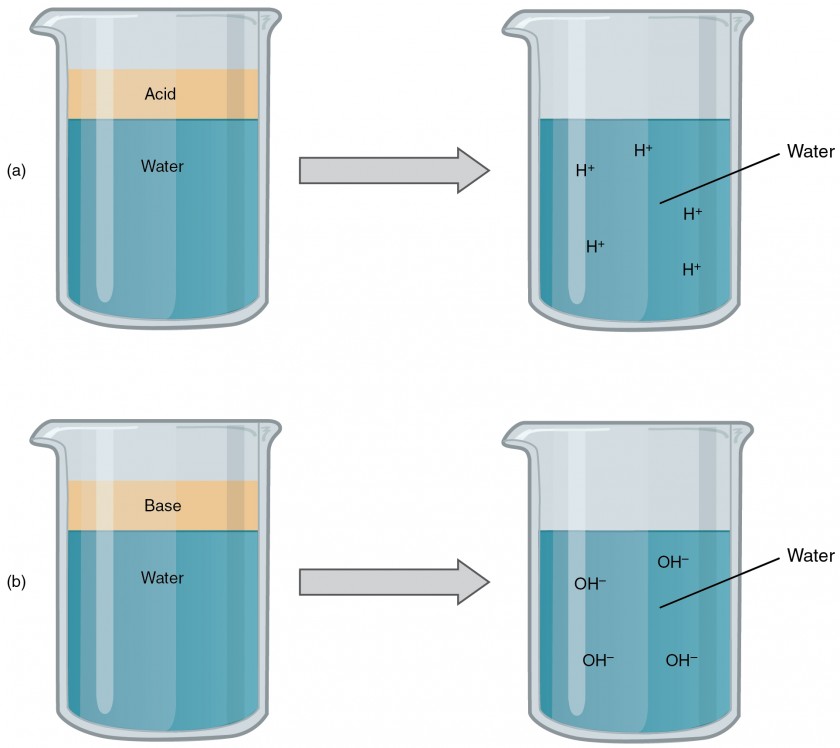 A base is a substance that releases hydroxyl ions (OH–) in solution, or one that accepts H+ already present in solution (see Figure 2.16b). The hydroxyl ions or other base combine with H+ present to form a water molecule, thereby removing H+ and reducing the solution’s acidity. Strong bases release most or all of their hydroxyl ions; weak bases release only some hydroxyl ions or absorb only a few H+. Food mixed with hydrochloric acid from the stomach would burn the small intestine, the next portion of the digestive tract after the stomach, if it were not for the release of bicarbonate (HCO3–), a weak base that attracts H+. Bicarbonate accepts some of the H+ protons, thereby reducing the acidity of the solution.

The Concept of pH

The pH of human blood normally ranges from 7.35 to 7.45, although it is typically identified as pH 7.4. At this slightly basic pH, blood can reduce the acidity resulting from the carbon dioxide (CO2) constantly being released into the bloodstream by the trillions of cells in the body. Homeostatic mechanisms (along with exhaling CO2 while breathing) normally keep the pH of blood within this narrow range. This is critical, because fluctuations—either too acidic or too alkaline—can lead to life-threatening disorders.

All cells of the body depend on homeostatic regulation of acid–base balance at a pH of approximately 7.4. The body therefore has several mechanisms for this regulation, involving breathing, the excretion of chemicals in urine, and the internal release of chemicals collectively called buffers into body fluids. A buffer is a solution of a weak acid and its conjugate base. A buffer can neutralize small amounts of acids or bases in body fluids. For example, if there is even a slight decrease below 7.35 in the pH of a bodily fluid, the buffer in the fluid—in this case, acting as a weak base—will bind the excess hydrogen ions. In contrast, if pH rises above 7.45, the buffer will act as a weak acid and contribute hydrogen ions.

Excessive acidity of the blood and other body fluids is known as acidosis. Common causes of acidosis are situations and disorders that reduce the effectiveness of breathing, especially the person’s ability to exhale fully, which causes a buildup of CO2 (and H+) in the bloodstream. Acidosis can also be caused by metabolic problems that reduce the level or function of buffers that act as bases, or that promote the production of acids. For instance, with severe diarrhea, too much bicarbonate can be lost from the body, allowing acids to build up in body fluids. In people with poorly managed diabetes (ineffective regulation of blood sugar), acids called ketones are produced as a form of body fuel. These can build up in the blood, causing a serious condition called diabetic ketoacidosis. Kidney failure, liver failure, heart failure, cancer, and other disorders also can prompt metabolic acidosis.

In contrast, alkalosis is a condition in which the blood and other body fluids are too alkaline (basic). As with acidosis, respiratory disorders are a major cause; however, in respiratory alkalosis, carbon dioxide levels fall too low. Lung disease, aspirin overdose, shock, and ordinary anxiety can cause respiratory alkalosis, which reduces the normal concentration of H+.

Metabolic alkalosis often results from prolonged, severe vomiting, which causes a loss of hydrogen and chloride ions (as components of HCl). Medications also can prompt alkalosis. These include diuretics that cause the body to lose potassium ions, as well as antacids when taken in excessive amounts, for instance by someone with persistent heartburn or an ulcer.