The picture you have in your mind of the nervous system probably includes the brain, the nervous tissue contained within the cranium, and the spinal cord, the extension of nervous tissue within the vertebral column. That suggests it is made of two organs—and you may not even think of the spinal cord as an organ—but the nervous system is a very complex structure. Within the brain, many different and separate regions are responsible for many different and separate functions. It is as if the nervous system is composed of many organs that all look similar and can only be differentiated using tools such as the microscope or electrophysiology. In comparison, it is easy to see that the stomach is different than the esophagus or the liver, so you can imagine the digestive system as a collection of specific organs.

Functions of the Nervous System

The nervous system can be functionally divided into 3 actions:  sensation, integration, and response. The nervous system is involved in receiving information about the environment around us (sensation) and generating responses to that information (motor responses). The nervous system can be divided into regions that are responsible for sensation (sensory functions) and for the response (motor functions). But there is a third function that needs to be included. Sensory input needs to be integrated with other sensations, as well as with memories, emotional state, or learning (cognition). Some regions of the nervous system are termed integration or association areas. The process of integration combines sensory perceptions and higher cognitive functions such as memories, learning, and emotion to produce a response.

Sensation. The first major function of the nervous system is sensation—receiving information about the environment to gain input about what is happening outside the body (or, sometimes, within the body). The sensory functions of the nervous system register the presence of a change from homeostasis or a particular event in the environment, known as a stimulus. The senses we think of most are the “big five”: taste, smell, touch, sight, and hearing. The stimuli for taste and smell are both chemical substances (molecules, compounds, ions, etc.), touch is physical or mechanical stimuli that interact with the skin, sight is light stimuli, and hearing is the perception of sound, which is a physical stimulus similar to some aspects of touch. There are actually more senses than just those, but that list represents the major senses. Those five are all senses that receive stimuli from the outside world, and of which there is conscious perception. Additional sensory stimuli might be from the internal environment (inside the body), such as the stretch of an organ wall or the concentration of certain ions in the blood.

Integration. Stimuli that are received by sensory structures are communicated to the nervous system where that information is processed. This is called integration. Stimuli are compared with, or integrated with, other stimuli, memories of previous stimuli, or the state of a person at a particular time. This leads to the specific response that will be generated. Seeing a baseball pitched to a batter will not automatically cause the batter to swing. The trajectory of the ball and its speed will need to be considered. Maybe the count is three balls and one strike, and the batter wants to let this pitch go by in the hope of getting a walk to first base. Or maybe the batter’s team is so far ahead, it would be fun to just swing away.

Response. The nervous system produces a response on the basis of the stimuli perceived by sensory structures. An obvious response would be the movement of muscles, such as withdrawing a hand from a hot stove, but there are broader uses of the term. The nervous system can cause the contraction of all three types of muscle tissue. For example, skeletal muscle contracts to move the skeleton, cardiac muscle is influenced as heart rate increases during exercise, and smooth muscle contracts as the digestive system moves food along the digestive tract. Responses also include the neural control of glands in the body as well, such as the production and secretion of sweat by the eccrine and merocrine sweat glands found in the skin to lower body temperature.

Responses can be divided into those that are voluntary or conscious (contraction of skeletal muscle) and those that are involuntary (contraction of smooth muscles, regulation of cardiac muscle, activation of glands). Voluntary responses are governed by the somatic nervous system and involuntary responses are governed by the autonomic nervous system, which are discussed in the next section.

Structural Divisions of the Nervous System 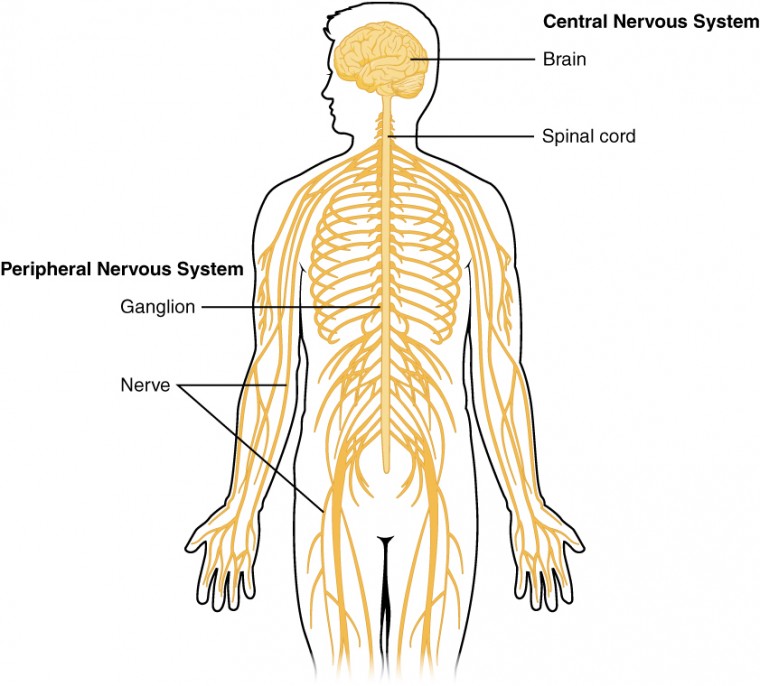 Figure 8.2. Central and Peripheral Nervous System
The structures of the PNS are referred to as ganglia and nerves, which can be seen as distinct structures. The equivalent structures in the CNS are not obvious from this overall perspective and are best examined in prepared tissue under the microscope.

The peripheral nervous system can be further divided based on the functions each area performs. The sensory  or afferent division of the PNS includes nerves that have a sensory function and carry impulses to the CNS for integration.  These are typically receptors that detect stimuli both from within the body (interoceptors) and outside the body (exteroceptors).  An example of an internal stimulus could include the rise and fall of blood pressure or various ions within the body.  Exteroceptors detect external stimuli such as those involved in touch, vision, hearing, taste, and smell.  The motor or efferent division include nerve fibers that carry impulses away from the CNS to initiate an effector.  There are two main subdivisions of the motor division:  the somatic nervous system (SNS) which is responsible for voluntary motor responses and the autonomic nervous system (ANS) which is responsible for involuntary motor responses.

The voluntary motor response of the somatic nervous system (SNS) involves the contraction of skeletal muscle, but those contractions are not always voluntary in the sense that you have to want to perform them. Some somatic motor responses are reflexes, and often happen without a conscious decision to perform them. If your friend jumps out from behind a corner and yells “Boo!” you will be startled and you might scream or leap back. You didn’t decide to do that, and you may not have wanted to give your friend a reason to laugh at your expense, but it is a reflex involving skeletal muscle contractions. Other motor responses become automatic (in other words, unconscious) as a person learns motor skills (referred to as “habit learning” or “procedural memory”).

The involuntary responses controlled by the autonomic nervous system (ANS) are usually for the sake of homeostasis (regulation of the internal environment). Sensory input for autonomic functions can be from sensory structures tuned to external or internal environmental stimuli. The motor output extends to smooth and cardiac muscle as well as glandular tissue. The role of the autonomic system is to regulate the organ systems of the body, which usually means to control homeostasis. Sweat glands, for example, are controlled by the autonomic system. When you are hot, sweating helps cool your body down. That is a homeostatic mechanism. But when you are nervous, you might start sweating also. That is not homeostatic, it is the physiological response to an emotional state.

Divisions of the Autonomic Nervous System

To respond to a threat—to fight or to run away—the sympathetic system causes divergent effects as many different effector organs are activated together for a common purpose. More oxygen needs to be inhaled and delivered to skeletal muscle. The respiratory, cardiovascular, and musculoskeletal systems are all activated together. Additionally, sweating keeps the excess heat that comes from muscle contraction from causing the body to overheat. The digestive system shuts down so that blood is not absorbing nutrients when it should be delivering oxygen to skeletal muscles.

The parasympathetic division is dominant under the normal, nonstressful conditions of everyday life.  Its actions are opposite of those of the sympathetic and involves conserving energy through resting activities and digesting activities.  Some parasympathetic responses include a decrease in heart rate, decrease supply of blood to skeletal muscles and increase supply of blood to digestive and urinary organs, a decrease in blood sugar, and constriction of bronchioles.

Everyday Connection: How Much of Your Brain Do You Use?

Have you ever heard the claim that humans only use 10 percent of their brains? Maybe you have seen an advertisement on a website saying that there is a secret to unlocking the full potential of your mind—as if there were 90 percent of your brain sitting idle, just waiting for you to use it. If you see an ad like that, don’t click. It isn’t true.

An easy way to see how much of the brain a person uses is to take measurements of brain activity while performing a task. An example of this kind of measurement is functional magnetic resonance imaging (fMRI), which generates a map of the most active areas and can be generated and presented in three dimensions (Figure 12.7). This procedure is different from the standard MRI technique because it is measuring changes in the tissue in time with an experimental condition or event. 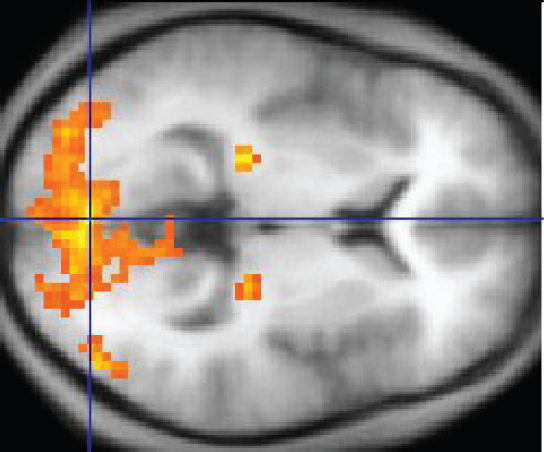 In this task, visual sensory areas would be active, integrating areas would be active, motor areas responsible for moving the eyes would be active, and motor areas for pressing the button with a finger would be active. Those areas are distributed all around the brain and the fMRI images would show activity in more than just 10 percent of the brain (some evidence suggests that about 80 percent of the brain is using energy—based on blood flow to the tissue—during well-defined tasks similar to the one suggested above). This task does not even include all of the functions the brain performs. There is no language response, the body is mostly lying still in the MRI machine, and it does not consider the autonomic functions that would be ongoing in the background.