What are remediation and remix?

Jay David Bolter and Richard Grusin explore the concept of remediation in their work Remediation: Understanding New Media. According to Bolter and Grusin, remediation is “the representation of one medium in another,” and they argue that it is “a defining characteristic of the new digital media.” To acquire cultural significance, new media may revise, repurpose, remix, reference, and/or compete with older media. Remix, one of the tools students use most often in remediation, is altering a work from its original state by adding, removing, and/or changing pieces of the item.

Older media can be represented in digital form without apparent irony or critique, as exemplified by The Collection Online from the Guggenheim.

“Featuring nearly 1,700 artworks by more than 625 artists, the Collection Online presents a searchable database of selected artworks from the Guggenheim’s permanent collection of over 7,000 artworks.” —excerpt from the website 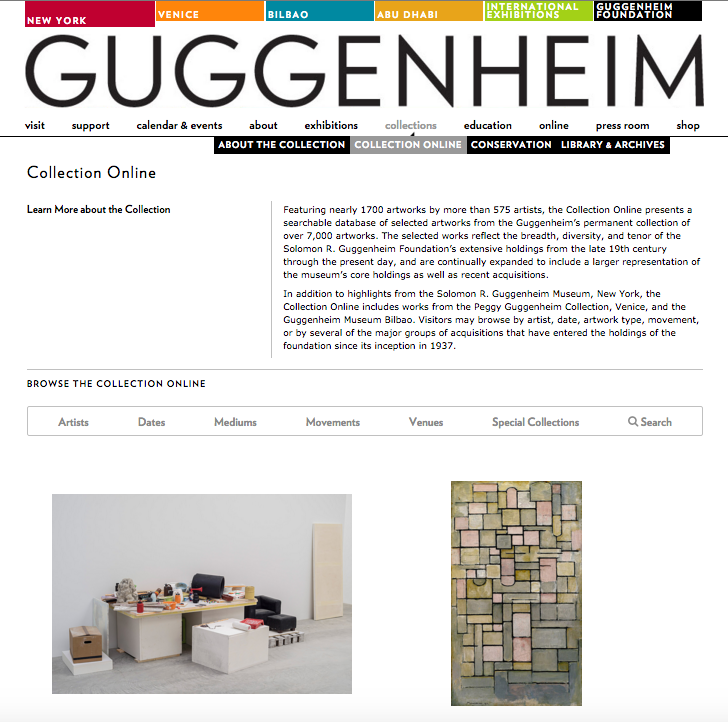 Screenshot from the Guggenheim’s Collection Online

With this type of remediation, transparency is key: “The digital medium wants to erase itself, so that the viewer stands in the same relationship to the content as she would if she were confronting the original medium.” Remediation in this case enables media to be shared with a larger audience and viewed apart from the limitations of place and time that exist in the real world.

Other times, remediations may pay homage to older media but also work to enhance or improve upon them.

Screenshot from the beginning of “Snow Fall,” a New York Times article by John Branch.

For example, “Snow Fall” by John Branch, is a multimedia webtext that uses graphic, video, and interactive elements to compose a feature news article. Published by the New York Times in 2012, “Snow Fall” highlights the potential of digital composing environments and tools to make stories come alive. Here’s what Branch said about “Snow Fall” in an interview for the Digital Rhetoric Collaborative:

“‘Snow Fall worked because of the multimedia . . . in a lot of ways.’ Graphic elements ‘show you what the mountain looked like, show you the heart-wrenching interviews of the survivors.’ That is, ‘Everything in the story helped the reader understand the story better.’”

Remediation may also “try to refashion the older medium or media entirely, while still marking the presence of the older media and therefore maintaining a sense of multiplicity or hypermediacy.”

Pinterest presents a good example in terms of remediating cookbooks and cooking magazines, as the above example shows. Recipes (or links to recipes) are remediated into pins that feature visually stunning food photography. Site users can then like, share, comment on, or save these pins to return to later. 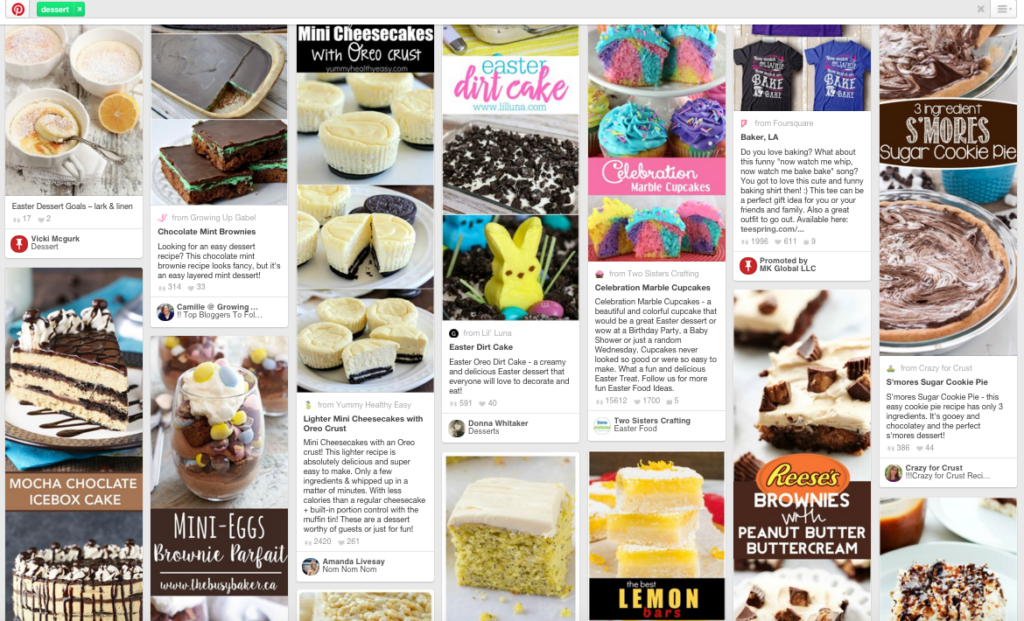 Screenshot of Pinterest when the term “dessert” is entered into the search bar.