Madison followed the procedure outlined in Article V that says amendments can originate from one of two sources. First, they can be proposed by Congress. Then, they must be approved by a two-thirds majority in both the House and the Senate before being sent to the states for potential ratification. States have two ways to ratify or defeat a proposed amendment. First, if three-quarters of state legislatures vote to approve an amendment, it becomes part of the Constitution. Second, if three-quarters of state-ratifying conventions support the amendment, it is ratified. A second method of proposal of an amendment allows for the petitioning of Congress by the states: Upon receiving such petitions from two-thirds of the states, Congress must call a convention for the purpose of proposing amendments, which would then be forwarded to the states for ratification by the required three-quarters. All the current constitutional amendments were created using the first method of proposal (via Congress). 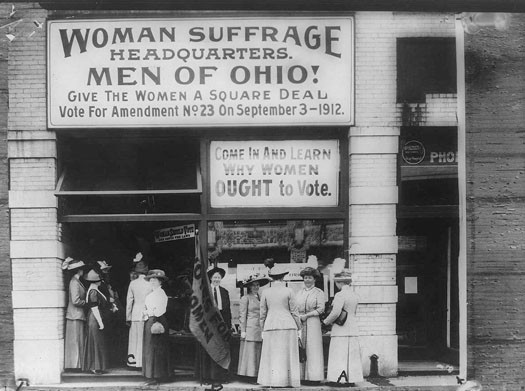 Figure 1. Suffragists encourage Ohio men to support votes for women. Before the Nineteenth Amendment was added to the Constitution in 1920, only a few western states such as Wyoming gave women the right to vote. These women seem to be attracting a primarily female audience to hear their cause.

the first ten amendments to the U.S. Constitution; most were designed to protect fundamental rights and liberties