When asked to write a speech or a paper, many of us pull out the thesaurus (or call it up on our computer) when we want to replace a common word with one that we believe is more elevated or intellectual. There are certainly times when using a thesaurus is a good thing, but if you’re pulling that big book out to turn a simple idea into one that sounds more complex, put it back on the shelf. Good speakers use simple language for two primary reasons.

First, audiences can sense a fake. When you turn in your term paper with words that aren’t typically used by people in everyday conversation and those words are simply replacing the common words we all use, your instructor knows what you’ve done. Part of having strong credibility as a speaker is convincing your audience of your sincerity, both in terms of your ideas and your character. When you elevate your language simply for the sake of using big words when small words will do, audiences may perceive you as insincere, and that perception might also transfer onto your message. In addition, the audience’s attention can drift to questions about your character and veracity, making it less likely that they are paying attention to your message. 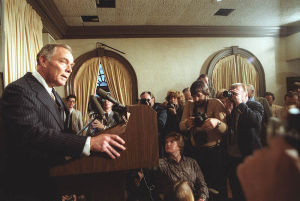 A good example of a speaker whose communication was obstructed by language use is Former Secretary of State Alexander Haig. Some examples of his problematic language choice include: “careful caution,” “epistemologically wise,” “exacerbating restraint,” “saddle myself with a statistical fence,” and “definitizing an answer.”[1] Chances are good that after reading these phrases over and over you still don’t understand him. You can imagine how much harder it would be to understand Haig’s message as it was delivered orally—spoken in an instant and then gone! Haig’s language clouds rather than clarifies ideas, but it is easy to make sure your message gets across to the audience by avoiding big words that are not necessary.

If you’re paying attention to the language strategies discussed in this chapter, you’ll find that you won’t need to pull out that thesaurus to impress your audience—your command of language will make that positive impression for you. In addition, when you use language that your audience expects to hear and is used to hearing you may find that the audience perceives you as more sincere than someone who uses elevated language and sounds pretentious. Remember: It is rarely the case that you should use a long word when a short one will do.

Most of the fundamental ideas of science are essentially simple, and may, as a rule, be expressed in a language comprehensible to everyone. ~ Albert Einstein

Use Concrete and Precise Language

How many times a week do you say something to someone only to have them misunderstand? You believe that you were very clear and the person you were talking to thought that she understood you perfectly, and yet you both ended up with a problem we often deem “miscommunication.” You said you’d “call later” and your friend got angry because you didn’t. By “later” you probably meant one time frame while your friend defined that time frame very differently. Often in these cases both people are right. You were perfectly clear and your friend did understand you perfectly—so how did the miscommunication happen? 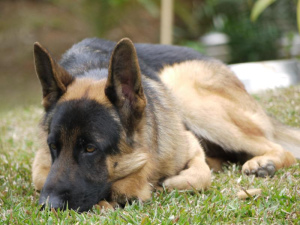 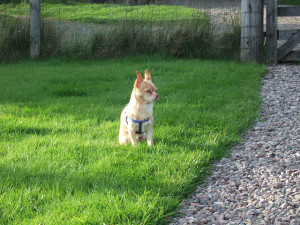 One of the primary reasons we miscommunicate is because language is an abstract phenomenon. Meanings exist in people’s understandings, not the words we use. Therefore, if you’re telling a story about “a dog” you could be talking about a German Shepherd while the person you’re talking with is envisioning a Chihuahua. If you do not use concrete language, you risk at least sending a weaker or different message than you intended. When speaking, you want to use the concrete term “German shepherd” over the more abstract term “dog.”

You also want to make sure that you’re precise. Someone might call a sweater “green” while someone else calls it “teal.” Even though those are just differences in perception not purposeful or mindless communication meant to be inaccurate, not being clear about exactly which color you’re talking about can lead to confusion. It is best to remember to be as precise as possible when choosing words. Don’t say something was “big”—tell us its weight or height, and to be sure you’re communicating clearly compare that weigh or height to something we understand. So, instead of saying “The piles of garbage I saw in the local dump were really big” say “The piles of garbage I saw in the local dump weighed about 10,000 pounds, which is equivalent to the weight of the average female elephant.” The more precise you are the less likely it is that your audience will misinterpret your message.

Our business is infested with idiots who try to impress by using pretentious jargon. ~ David Ogilvy

Another way to avoid language that obstructs communication is to avoid the use of jargon. Jargon is the “specialized language of a group or profession.”[2] It is appropriate to use jargon when you know that your audience understands the terms you are using. For example, if you are a computer science major and you are presenting to a group of similarly trained computer science majors, using jargon will help establish your credibility with that audience. Using terms even as basic as “RAM” and “binary code” with a general audience, however, will likely not go over well—you risk confusing the audience rather than informing or persuading them. Even people who can use computers may not know how they work or the technical terms associated with them. So you must be careful to only use jargon when you know your audience will understand it. If you must use jargon while speaking to a general audience, be sure to define your terms and err on the side of over-clarification.

Slang is a language that rolls up its sleeves, spits on its hands and goes to work. ~ Carl Sandburg 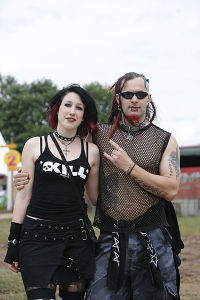 Finally, another way to avoid confusion is to avoid using slang when it is not appropriate. Slang is language that some people might understand but that is not considered acceptable in formal or polite conversation. Slang may be a poor choice for a speaker because some members of your audience may not be familiar with the slang term(s) you use. Slang is often based in a very specific audience, defined by age, region, subculture and the like. If you are speaking to an audience that you know will understand and respond positively, you may choose to include that language in your speech. Otherwise, do not use slang, or you may confuse and frustrate audience members and cause them to lose interest in your speech. In addition, because slang is often not considered appropriate in formal and polite conversation, using it in your speech may communicate negative ideas about you to audience members. Don’t let a mindless use of slang negatively impact your audience’s perception of you and your message.