Once you have selected your topic, know who your audience is, and have settled on an end goal for your persuasive speech, you can begin drafting your speech. Outlines are organized according to the particular speech, and the following organizational patterns are used routinely for persuasive speeches.

1. The attention step should get the audience’s attention as well as describe your goals and preview the speech.

2. The need step should provide a description of the problem as well as the consequences that may result if the problem goes unresolved. In this step, the speaker should also alert audience members to their role in mitigating the issue.

3. The satisfaction step is used to outline your solutions to the problems you have previously outlined as well as deal with any objections that may arise.

5. The action appeal step should be used to make a direct appeal for action. In this step, you should describe precisely how the audience should react to your speech and how they should carry out these actions. As the final step, you should also offer a concluding comment. See Figure 1 to see this method of arrangement illustrated. 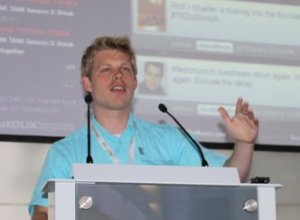 If your goal is to convince your audience to adopt a particular idea, you might prefer the direct method pattern as a way of organizing your speech. This pattern consists of a claim and a list of reasons to support it. Every piece of support in the speech directly supports the central claim you wish to make. As Jaffe points out, “It’s a good pattern to use when listeners are apathetic or neutral, either mildly favoring or mildly opposing your claim.”[2] The outline for a speech on vegetarianism in Figure 2 provides three reasons that vegetarianism provides useful health benefits for people struggling with obesity.

Similar to a problem-solution speech, which was covered in Chapter 8, a causal speech describes a general cause and a specific effect. In other words, a causal pattern first addresses some cause and then shares what effects resulted. A causal speech can be particularly effective when the speaker wants to convince their audience of the relationship between two things. With sound causal reasoning, a speech of this sort can be used to convince the audience of something they were previously opposed to believing.

As the example in Figure 3 illustrates, the basic components of the causal speech are the cause and the effect. Such an organizational style is useful when a speaker needs to share the results of a new program, discuss how one act led to another, or discuss the positive/negative outcomes of taking some action. Through this pattern, the speaker can convince audiences to adopt a new belief about a particular phenomenon. 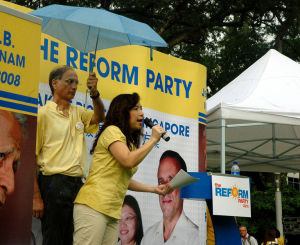 Sometimes an occasion will arise when your audience is already opposed to your argument. In this case, a refutation pattern can be engaged to persuade audience members that your side of the argument is better or more accurate. In a refutation speech, the speaker must anticipate the audience’s opposition, then bring attention to the tensions between the two sides, and finally refute them using evidential support. Refutation patterns are frequently seen in debates, where speakers are fundamentally opposed to one another’s arguments. Refutation generally happens through a set of four steps: (1) signaling the argument to which you are responding, (2) stating your own argument, (3) providing justification or evidence for your side of the argument, and (4) summarizing your response. An advocate of reusing as opposed to recycling might present the argument in Figure 16.4 to respond to someone who believes recycling is the best way to individually work on environmental stewardship. As this example illustrates, a refutation speech should clearly delineate where the audience is perceived to stand on an issue, why their view is in disagreement with the speaker’s, and why the audience should adopt the speaker’s position. Moreover, the speaker should be sure to highlight the importance of the debate, which will clue the audience into why they should spend their time listening to a speaker who clearly disagrees with them. An example of this pattern can be found on the next page in Figure 4.

Neither irony nor sarcasm is argument. ~ Samuel Butler