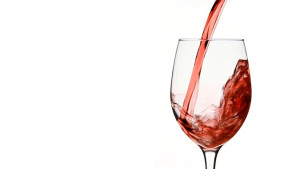 “Pouring Red Wine in to Glass” by Dave Dugale. CC-BY-SA.

Before we get there, though, let’s consider a hypothetical example of critical thinking in action.

We are approaching a new age of synthesis.  Knowledge cannot be merely a degree or a skill…it demands a broader vision, capabilities in critical thinking and logical deduction, without which we cannot have constructive progress. ~ Li Ka Shing

Shonda was researching information for her upcoming persuasive speech. Her goal with the speech was to persuade her classmates to drink a glass of red wine every day. Her argument revolved around the health benefits one can derive from the antioxidants found in red wine. Shonda found an article reporting the results of a study conducted by a Dr. Gray. According to Dr. Gray’s study, drinking four or more glasses of wine a day will help reduce the chances of heart attack, increase levels of good cholesterol, and help in reducing unwanted fat. Without conducting further research, Shonda changed her speech to persuade her classmates to drink four or more glasses of red wine per day. She used Dr. Gray’s study as her primary support. Shonda presented her speech in class to waves of applause and support from her classmates. She was shocked when, a few weeks later, she received a grade of “D”. Shonda’s teacher had also found Dr. Gray’s study and learned it was sponsored by a multi-national distributor of wine. In fact, the study in question was published in a trade journal targeted to wine and alcohol retailers. If Shonda had taken a few extra minutes to critically examine the study, she may have been able to avoid the dreaded “D.”

Before we get too far into the specifics of what critical thinking is and how we can do it, it’s important to clear up a common misconception. Even though the phrase critical thinking uses the word “critical,” it is not a negative thing. Being critical is not the same thing as criticizing. When we criticize something, we point out the flaws and errors in it, exercising a negative value judgment on it. Our goal with criticizing is less about understanding than about negatively evaluating. It’s important to remember that critical thinking is not just criticizing. While the process may involve examining flaws and errors, it is much more.

“Active, persistent, careful consideration of a belief or supposed form of knowledge in light of the grounds that support it and the further conclusions to which it tends.”[1]

Probably one of the most concise and easiest to understand definitions is that offered by Barry Beyer: “Critical thinking… means making reasoned judgments.”[2] In other words, we don’t just jump to a conclusion or a judgment. We rationalize and justify our conclusions. A second primary component of critical thinking, then, involves questioning. As critical thinkers, we need to question everything that confronts us. Equally important, we need to question ourselves and ask how our own biases or assumptions influence how we judge something.

In the following sections we will explore how to do critical thinking more in depth. As you read through this material, reflect back on Dewey’s and Beyer’s definitions of critical thinking.